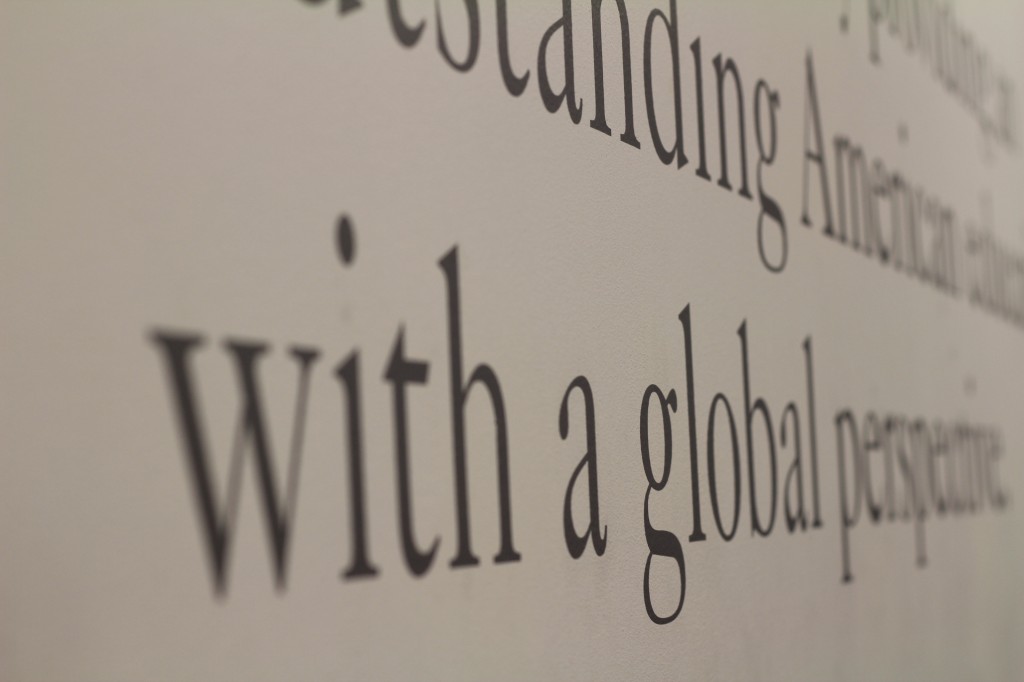 A group of approximately 50 parents met in the Commons on October 23 to discuss the values community members hold at ASL.

Head of School Coreen Hester, who led the discussion, asked participating parents to define what they viewed as the most important values that community members should possess. Hester stated that a goal of the discussion was to help specifically define “how we behave [at ASL].”

Principal Paul Richards, who aided Hester in leading the discussion, along with Director of Curriculum and Instruction Roberto d’Erizans, Middle School Principal Cathy Funk, Lower School Principal Julie Ryan and Grade 4 Teacher Matthew Kish, echoed Hester’s explanation. “It is important to make it crystal clear what behaviors we [as a community] are looking for,” Richards said.

Parents were split into small groups that contained parents of students from the Lower, Middle and High School. They were then asked to discuss and produce a list of five values, deriving from the school’s mission statement, that they, as a group, felt were the most important to have within the ASL community.

Parents were then asked to define actions that exemplify each of the values. “A list of values doesn’t have utility unless we are able to define these values and how to act with them, regardless of whether you are a kindergartener or an adult in the community,” Hester said.

The values brainstormed by the parental groups ranged from responsibility and respect to excellence and rigour, with certain values being classified as “core values of character” and others being classified as “core values of intellect.” Parents defined the value of respect with words and phrases such as “tolerance” and “an appreciation for those who support you.” These definitions, along with the five core values of honesty, responsibility, compassion, respect and courage, which the group as a whole decided were the most important, were recorded by Richards.

The meeting was part of a larger effort by the administration to articulate the core values which the overall community views as the most important to abide by. Hester said that the information obtained from the meeting will be used in conjunction with the input given by faculty earlier in the year while discussing values, and will also be given to students during a later meeting, in order to further define the values.
The purposes of these discussions inside each division of the community are, Hester said, “to clarify a standard of behavior amongst community members” and, Richards said, “to help supplement and define the mission statement by defining words [within the statement] with values that apply to them.”

Additionally, Richards said that the the clarification of the standard behavior inside the community will be used during the disciplinary process both by the Student-Faculty Disciplinary Board and the administration.