Student areas due for change 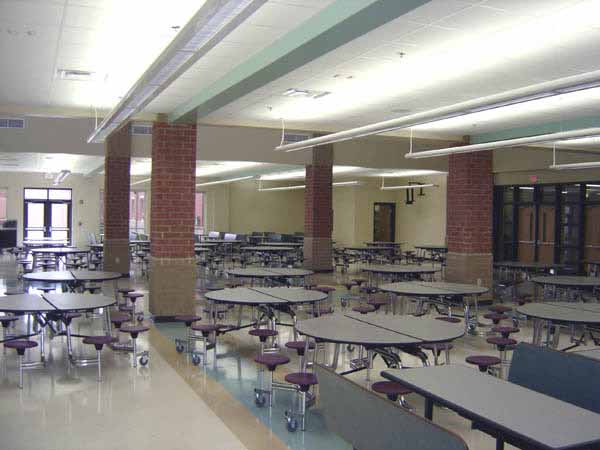 An overhaul of the Commons area and Mellon Library has been taken to the drawing board in an effort to make a more efficient and attractive design for two areas of the school that are due for some change, explained Principal Paul Richards and Director of Technology Jim Heynderickx. Initial diagrams have been drawn and presented to the Student Council for feedback. “We still haven’t had a formal vote or assessment of our reactions, but general attitudes are pretty positive, as I imagine the response for the new designs would be on the student body,” Student Council President Julian Nebreda (’13) said. “Dr. Richards has come to us with questions about school design and the changes to the commons seem very aware of the topics we’ve brought up over the last three years as critical. Our general points of criticism of the commons and cafeteria area about the space being a bit uncomfortable and poorly designed for student flow are properly addressed in these new designs, and we’re excited to see them implemented.”

In a sitdown with the student leaders of the High School, Richards and Heynderickx proposed several alternatives in order to create a collective vision for what they want these popular student destinations to be.

“One of the main things we wanted to do was add another entrance [to the Commons],” Heynderickx said.The hope is that the new entrance makes traffic less hectic, and more practical and streamlined.

In addition, Heynderickx said the aim is to make the Commons a more open space.

“Now you have to walk in and turn your head before you can see if anyone is in there,” he said.

Heynderickx and Richards also laid out several different infrastructure changes, most notably with the ceiling, which would be raised in order to make the area seem more spacious. The ceiling would be elevated at various spots, but one design the Student Council representatives found appealing was of a circular design, which depicted the Commons with a higher ceiling in the center than in the rest of the area.

Perhaps the most significant of changes, however, is the proposed shift of the canteen into the Commons space. Heynderickx and Richards cited the steps necessary to access the canteen as well as practical reasons for why it would be superior to shift the catering inside the area. The administration is not set on a single purpose for that space that would be vacated by the canteen but proposed the idea of a lounge area, potentially with mini-game tables, dedicating that area for student recreation.

“It sounds like they are trying to make the ASL Commons more like one of those classical cafeterias that you always see on TV. I can’t think of anyone that would be disapproving of these changes,” Costa Gazidis (’15) said. Gazidis liked the proposal to looking like a cafeteria from Hannah Montana or Mean Girls.

The potential changes for the Mellon Library are still in the drawing board phase. Richards and Heynderickx have asked the Student Council for potential suggestions, but little is set in stone. The Council has suggested several reforms, including more defined areas for student work and socializing, a detached area for silence that does not border on the often loud conference room, as well as floating the possibility of having fewer books which some see as cluttering the space.

The target date for the contractors to begin working on these projects is the summer of 2013, while school is out of session, with the intention of having the work done before students return to classes.

Heynderickx projected estimated costs at somewhere between £650,000 and £750,000, but noted that the costs are tentative and are subject to change. He stated at the Student Council meeting that the school would have funds necessary for the Commons overhaul solely from the funds raised by the auction being held in March 2013.

Director of Finance Operations Chris Almond expressed confidence in being able to cover the costs with money raised from this years auction but would not disclose the current operating budget for this school year, citing school policy. The budget for the 2012-2013 school year was recently approved by the Board of Trustees.

Heynderickx and Richards were not willing to disclose the proposal diagrams for publishing in this issue of The Standard. Their reason is that it is not yet a done deal, and that it the diagrams were to be published it would undermine potential stakeholders in the project.