The norms are not normal 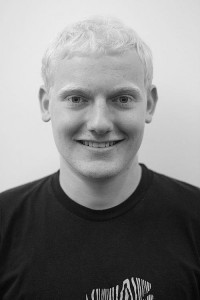 Senior norms need to be dealt with. It’s plain and simple, they just aren’t necessary. Apparently an editorial from The Standard was not enough last year, so let’s try this again.

Senior norms are stupid and childish. Not being able to talk to one’s friends? At what point did a group of eighteen-year-olds become unable to handle bad news? Is it really so difficult for students to handle bad news that the school wants us to pretend it’s not happening? I’m no psychologist, but I am pretty sure that repression is not the healthy way to deal with anything. So why, I ask, is it being forced upon us in arguably the most important process of our academic lives?

The bad news is going to show up anyway. Just because we do not talk about it does not mean that we will suddenly not get rejected from schools. What, then, is stress-reducing about forcing us to go through this process, where bad news is abundant, alone, pretending like nothing bad is occurring. How much does a friend celebrating their success in getting accepted into a school really add to the “tragedy” of oneself getting rejected from a school? Are we really so distraught by rejection from a school that we have to systematically silence the senior class?

The senior norms are simply patronizing. We are eighteen. The senior norms, at their heart, are just questions of respect, nothing else. Does it not go without saying that we should not openly judge someone based on where he or she is applying? Or, that we should not talk behind people’s backs about legacies? Furthermore, if someone is going to do that, does this meeting stop them? Assuming someone is gossiping about “John Doe’s” legacy, will they stop, mid-sentence, and think, “Wait… Senior norms, I really can not go on!” clamping a hand over their mouths and feeling guilty about it for the rest of their lives?

My brother, James Bentley (’10), went through the college process with no senior norms. Was there more gossip or stress during his class’s college process than there has been in the last two years? He said there was absolutely not. So, then, how does this solve any problem at all?

Did the process bother anyone else? As we discussed problems, whomever wanted to could stand up, give their idea and then BAM! it was a senior norm. There was no real discussion to curb the conservative ideas, which overshadowed those of freedom. There should have been a majority vote for implementing the norms, instead of allowing a system where one individual’s problems and insecurities become the model for the entire class. The senior norms allow the struggles of a minority to hinder and restrict the rest of the senior class.

If the senior norms do represent problems of the majority of the senior class, the problems should be confronted, not silenced in a hope that they can be forgotten. The college process holds such great importance to students that a single lunch meeting, followed by a systematic silence will not alleviate any stress or problems that occur for students during the process. I have known ASL to be incredibly capable of dealing with issues, so aid the seniors in deal with theirs. Silencing them does not work.