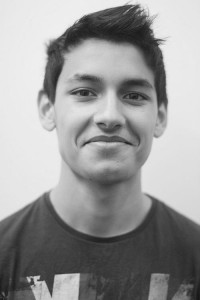 It is a characteristic of all humans to argue and debate. It is perceived as a route to seek clarity and truth. As the co-presidents of the Debate Club, we’re writing you, the students, to join the discussion. With the debates between Barack Obama and Mitt Romney having set a model, we’re not using the election as an excuse to begin but rather as a platform to encourage debate in ASL.
The efforts to popularize the election, carried out by the Young Democrats and Young Republicans organizations respectively, have been a success, with a sense of hype about the elections having raged throughout the halls. The election has catalyzed conversation and argument. Both clubs participated in a debate, with representatives from each faction taking part.

Public speaking can generate enormous excitement and energy. From the scholars of Athens to the hundreds who convene in Hyde Park every Sunday at Speaker’s Corner, challenging ideas has been a commonality throughout history. It enriches all involved, whether you’re a spectator or a participant.

The Debate Club pokes a needle into the ASL bubble that we frequently find ourselves stuck in. British schools pride themselves on debating skills; debate is often taught as a mandatory subject in their scholastic system. It’s all the more reason for us to nurture a public-speaking program at ASL, as we frequently have the opportunity to – putting it bluntly – take them on at their own game. Harkness table discussions are arguably the finest introduction to ASL of the past decade, but they lack the competitive, sharp edge of debate. We are sure you’ll agree that nothing is more satisfying than winning the argument when you’re considered the underdogs by our British competitors.

Debate doesn’t simply consist of to-and-fro argument; we like to think of it as a sport. You’re representing your school on a city-wide platform and a certain, formal etiquette has to be followed. It is this etiquette, this structure, which differentiates it from being a lunchroom altercation. Topics revolve around controversy, current affairs and issues that embrace the rapidly changing world that lies before us. The exchange of words through debate is many times more enriching than regurgitating your thoughts into a dispassionate essay. You feel a sense of engagement, like a more conscious member of your community, ready to participate actively in setting, rather than just following an agenda.

With that in mind, there’s only one more step to take, and that is to join us. Come to our meetings and express your interest. Expand your horizons, build connections throughout British schools, and walk out of London’s finest halls with your head held high and your throat parched! If you take advantage of the opportunity that lies before you, public speaking, which is a significant life skill, will soon become a trump card of yours. Who knows, it might even get you into office one day!