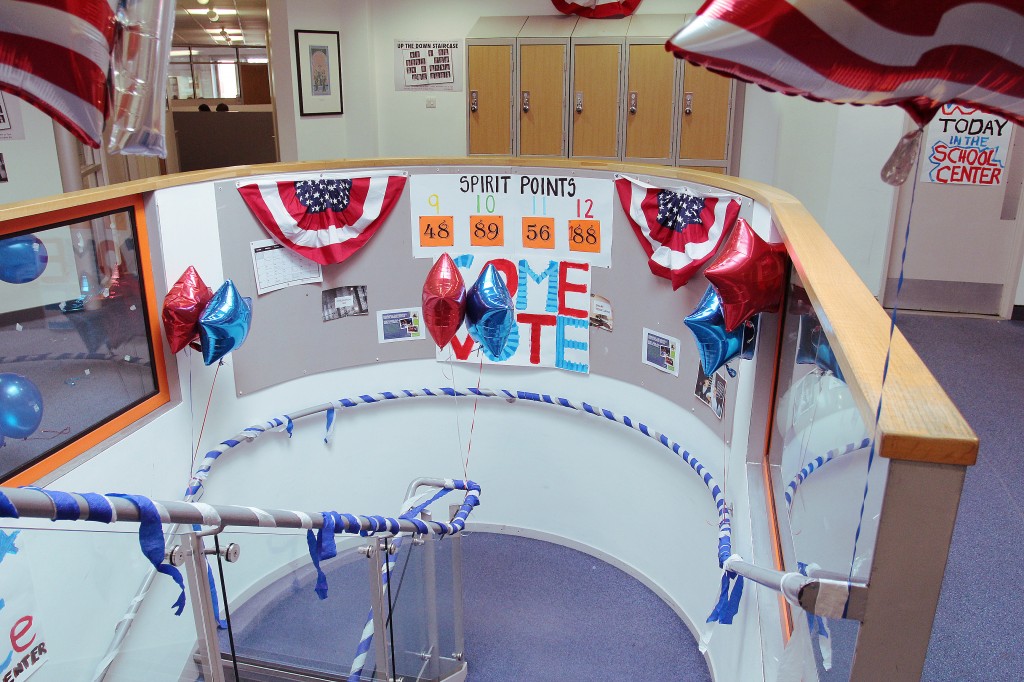 With the US Presidential election held on November 6, FEATURES EDITOR MINA OMAR examines students’ and teachers’ attitudes towards voting and politics

In 2008, 49 percent of 18 to 24-year-olds in America showed up to vote on Election Day. This percentage, although seemingly unimpressive, represents the largest turnout of that age group since 1972 when the 26th amendment, which lowered the voting age to 18, was added to the Constitution. This percentage of young voters is what helped President Barack Obama to achieve his landslide victory.
Now in 2012, it appears that a large majority of the ASL student body has participated in the presidential election in some way. For some seniors, participation meant getting a chance to cast their vote for the first time.

President of the Young Democrats and first time voter Dierdre Ely (’13) has always seen her 18th birthday as a stepping stone. “Voting is the only thing we, as the younger generation, are asked to do by our government,” she said. “It’s one of our fundamental rights and the only way to preserve this right is to take part in it.”
As an international school, ASL has students from countries all over the world, not just from the United States. Social Studies Teacher Terry Gladis said that this should not stop all students from actively following American elections. “I’m confident that students at ASL recognize the importance of voting,” Gladis said. “But I would like to make it crystal clear that this particular election is going to impact almost everyone in some way, shape or form.”
Gladis has always been interested in the world of politics and has been voting since the age of 18. “The first presidential election I voted in was the election of ’92,” he said. “I had just finished high school and things had been really kicking off for the campaign.”

Gladis said that the final push was an AP Government class that he took during his senior year. “My teacher really stressed the importance of getting involved in the political process at a young age because it’s something that is going to affect the rest of your life,” he said.

Gladis said that teachers should educate their students on the importance of elections. “We can’t force-feed it,” said Gladis. “But it’s our job to provide [students] with some avenues to explore the capacity of voting and how it can change things not only in the United States but around the world.”

Ely has taken the role of educating students in the High School about the current election. “I wanted to be one of the heads of this club because I think it’s really important to get people involved. Everybody should have the ability and the knowledge necessary to express themselves politically,” she said.

Many students at ASL agree with Ely and believe that the American elections are something to pay attention to. Tarek Masri (’13) is an American citizen but considers himself Palestinian. Masri also recently turned 18 and voted in the election. “I feel lucky to be a Palestinian but still be able to have a say in American politics because they have such a vast spectrum of influence on the world as a whole,” he said.

Masri’s main focus when deciding what candidate he wants to vote for are their views on foreign policy in the Middle East.

“Unfortunately, I have not seen either candidate come out with a stance that is appealing to me,” he said.

However, not everyone was enthusiastic about this election. Audrey Leland (’13), said that the election process doesn’t interest her at all. “Since I’m not 18 yet and unable to vote, I haven’t really been following what’s going on,” she said. “I would have probably taken a much greater interest in what is happening if I was able to vote.”
Both Ely and Gladis said that neither age nor ethnicity should stop students from taking an active part in the election. “It’s kind of a downwards spiral,” said Ely. “One of the reasons we are so unmotivated is because we don’t think about a lot of these issues, such as Medicare and social security, but, if we voted and took part, these issues would become more about us.”

Gladis said there are many ways for students who cannot vote in elections to get involved. He said the first step is to learn. “You need to read papers, read about both sides of the political platform. Educating yourself is a great way to get involved,” he said. “Sooner or later you will be old enough to cast your vote somewhere and you may as well give yourself a foundation to build upon.”