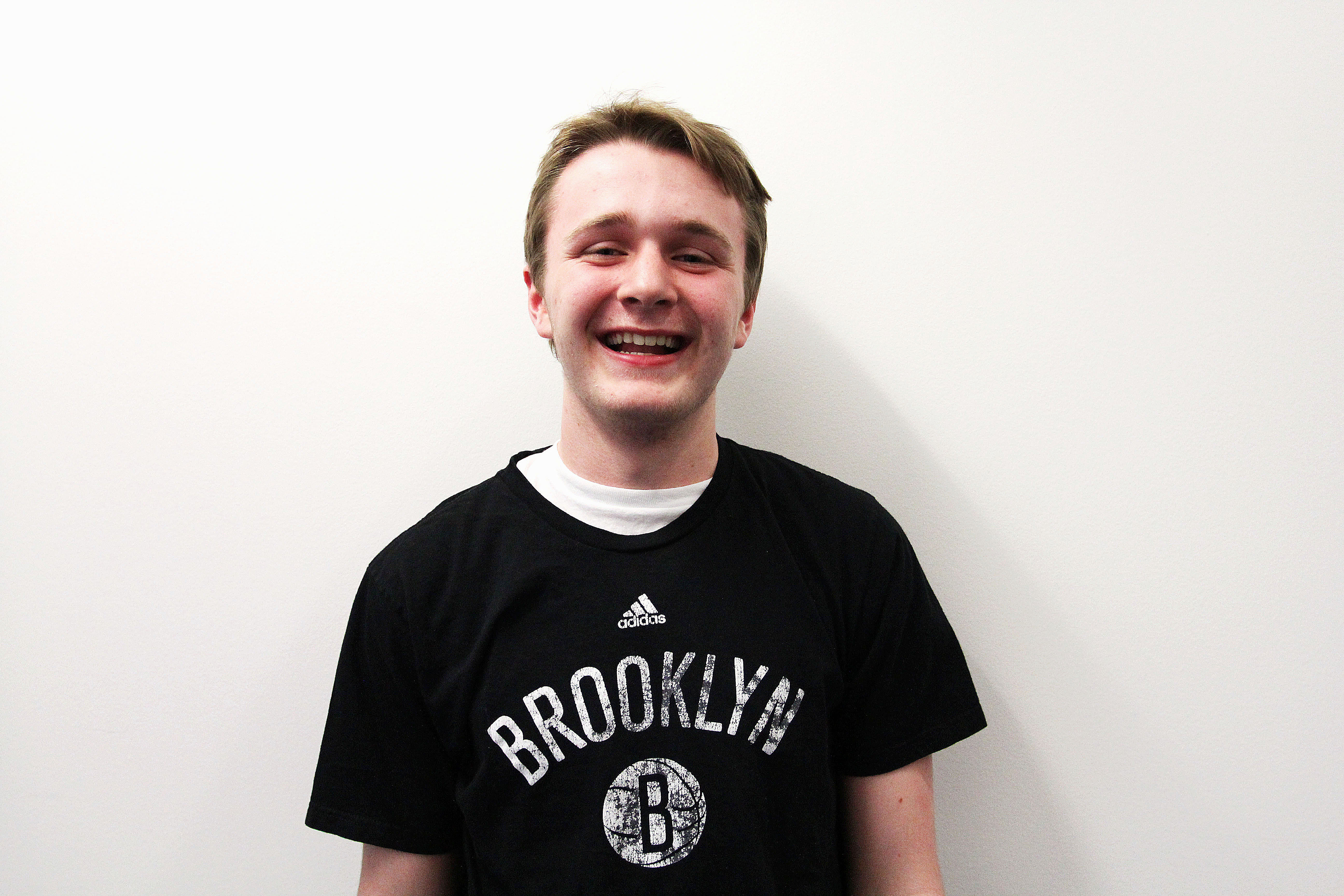 Although they recently relocated to New York from New Jersey, the Brooklyn Nets are still a burning passion of Jack Douglas (’14). Douglas sat down with ONLINE EDITOR TYLER ZSCHACH to talk Nets, memories and Beyonce

How did you become a Brooklyn Nets fan? Did you switch when they moved?

I lived in New Jersey up until I was in 7th grade, so I’ve been a Nets fan all my life. The schools that I went to in New Jersey were pretty basketball-oriented, and all the Knicks fans were tarred and feathered during recess. It only made sense to be a Nets fan.

Who is your favorite player, and why?

My favorite player that’s played for the Nets is probably Vince Carter. He was one of the most exciting players to watch, and one could make a case for him as the best dunker of all time.

What is your favorite memory as a Nets fan?

My favorite memory as a Nets fan was watching them sweep the Pistons in the 2003 Eastern Conference finals. I remember making fun of my friend, who was a Knicks fan, because of the Knicks doing so poorly that year (as per usual). The Jason Kidd era was a good time to be a Nets fan.

What has been your worst memory as a Nets fan?

The past four years have been a collective nightmare. That being said said, the 2009 to 2010 season was the worst. The Nets lost their first 18 games of the season, and finished 12-70. Absolutely appalling. That was a terrible time to be a Nets fan.

What are you excited about most with the move to Brooklyn? How does the move affect you as a fan?

The thing I’m most excited about is the new arena. It’s been said that the Barclays Center makes Madison Square Garden the second best arena in New York. The modern take on an arena is something New York lacks. Madison Square Garden, and Knicks fans in general, are stuck in the past. They constantly look back to the Patrick Ewing era, where magic actually happened at the Garden.

I think the new uniforms look great. They have an air of sophistication about them that many teams’ uniforms lack. For example, the Knicks 2012 to 2013 costumes, I feel, look tacky and outdated; the Nets are the only team in New York with some class.

Are you fond of Jay-Z’s constant presence with the team?

I am a Jay-Z fan, so I have no problem with him being involved. I just feel his presence might be a tad excessive due to the fact that he only owns one-fifteenth of one percent of the actual company. I would just like to see Beyonce perform more at the Barclays Center; she is just simply flawless.

What goals would you like the Nets to achieve this season, now that they have a revamped roster?

A realistic goal would be second round of the playoffs. due to the addition of Joe Johnson and Gerald Wallice, I feel the Nets are a real play-off contender. Unlike the Knicks, the Nets have gotten past the first round of the playoffs in the past 15 years, and as long as we stay healthy, I see no reason why we can’t be a serious threat late in the season.

What do you think about Kris Humphries as a player now that the Kardashian saga is over?

Kris Humphries is the worst. He is a stain on the great name of the Knicks, an absolute disgrace.

How do you think Mikhail Prokhorov will fare as the owner of the new look franchise in the years coming?