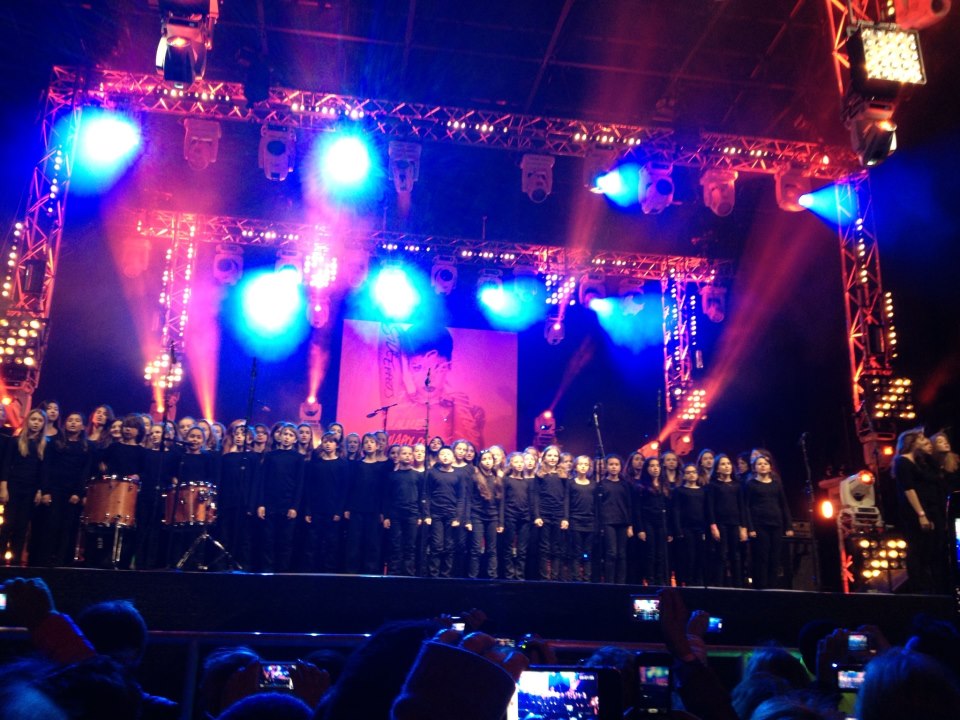 ASL students performed alongside Rihanna as a part of the Capital Children’s Choir at Westfield in Stratford City on November 19. Rihanna was in London as part of her 777 Tour, in which she visited seven cities in seven days on a Boeing 777. She turned on the Christmas lights at Westfield and performed her new single “Diamonds.”

The choir held auditions among its members for the opportunity and had to cut almost half the students for the performance. One ASL student who made the cut, Caroline Brown (’14), described the evening as “memorable, freezing and breathtaking.”

The students sang an original arrangement of “Viva La Vida” by Coldplay in front of the crowd that was there to see Rihanna.

“It was so satisfying when we all got it right and had people cheering for us,” Brown said. “And Rihanna came by and hugged some of the [younger] kids and gave them a kiss on the cheek. She seemed really cool and was gorgeous in person.”

For Gabrielle Bielsky (’13), a graduating senior, this performance with the choir was particularly memorable. “Having the opportunity to sing with someone as current and as big as Rihanna was a once-in-a-lifetime opportunity,” she said.

The Capital Children’s Choir, a singing group that many ASL students participate in, was founded in 2001 by Rachel Santesso, a Canadian singer and composer. The choir currently has approximately 120 members. Their performances range from religious ceremonies in the Vatican to sporting events to their yearly recordings at Abbey Road Studios.

They have also performed with other notable artists prior to their concert with Rihanna. After singing with the Spice Girls in 2007, they have sung with Florence and The Machine, Vanessa Carlton. Rihanna personally asked them to sing at her concert in Westfield on November 19.

As for what’s next for the choir, Bielsky said that the future is “ambiguous, sort of. You never really know if a gig is going to fall through because so many things could go wrong, so it makes it all kind of last minute but, at the same time, really exciting.”

Watch the choir perform below: