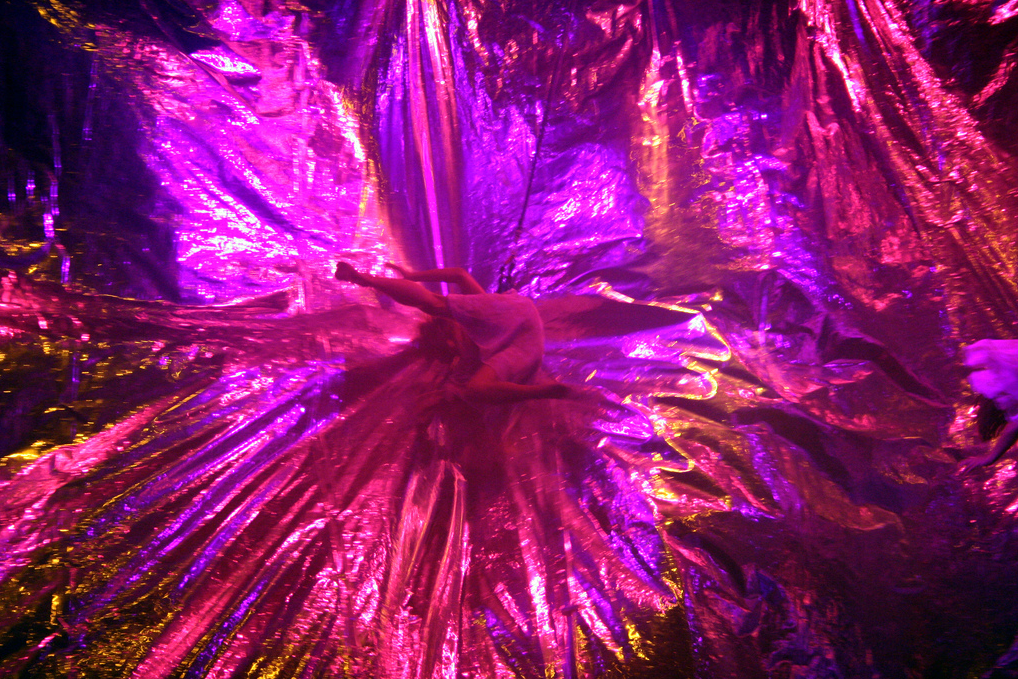 Fuerzabruta is a phenomenal Argentinian performance that has abolished the need for translation. Each viewer plays their own role in the performance.

I attended Fuerzabruta at the Roundhouse on January 13 and was blown away by…well, everything. It was a sensory overload.

The crowd was enough amusement on its own, flooded with hipsters, intellectuals, anybody from ages 10 to 80, families, friends, and couples. Everywhere I looked, there was something to see, whether or not there was a performance. There were strobe lights, blaring music, smoke, rain, and lots of glitter. It created, as strange as it may sound, a family-friendly club atmosphere. I walked in with absolutely no idea what the performance was, not having read anything about it. All two hundred of the audience members were shuffled into a round room that looked very ordinary until the lights went out.

Then, the loud drumming began and the performers started singing “baila y sigue saltando,” meaning “dance and keep jumping.” At this point I figured the night would be like a concert, that is, until “el corredor” came out. This man was running on a treadmill in the middle of the staging area, smashing through walls of boxes and confetti. This part of the show was actually performed by Usher in New York City and became the music video for “Scream.”

The other performances carried on around the room, but everything looped back to “el corredor.” I was amazed at the ability of the actors. There is one “scene” where there are two girls running horizontally along the walls, strapped into harnesses and doing flips. Later, there is a scene in which a pool with a plexiglass floor was lowered above the audience and people slid around on it and were just a couple of inches away from the faces of the audience. The most impressive and unique part of it all was the audience interaction with the actors.

The Roundhouse production runs until January 26 and is unfortunately sold out, but if given the opportunity to go, in London, New York, or anywhere else on the world tour, I highly recommend seizing it. More information can be found online at fuerzabruta.net.