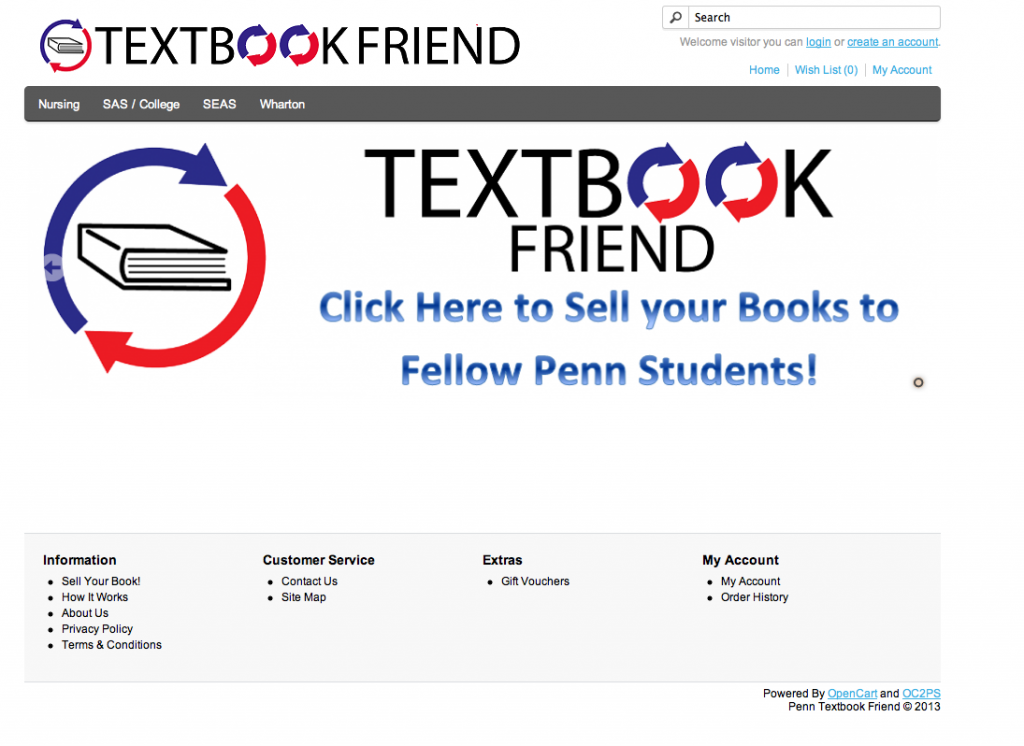 ASL Alum Josh Haghani (’12) is expanding his website, Textbook Friend, from selling to four universities in the Philadelphia area to more than 100 schools in the U.S. in the next year.
Haghani founded the website with his roommate Karan Parekh, at the University of Pennsylvania (UPenn), which he is currently attending. The website serves as a forum for students at UPenn, Drexel University, Temple University and University of Sciences, all in Philadelphia, to sell their used textbooks to other students.

Haghani started work on the website in October 2012 when he realized that buying school books secondhand was much cheaper than buying new copies. The first version of their website went live in late November 2012 and already has more than 1,000 accounts created and 600 books posted from students at the four schools Textbook Friend currently distributes to.
The site is split up into different subjects. When you find a book you want, there is a description at the bottom describing the condition of the book and the contact information of the owner, from whom you can buy the book.

Haghani and Parekh decided to provide their services without tax for a year to get more traffic on the website. Social media has been key in the creation of their website, but they also use ground marketing such as fliers and concerts to attract attention to the website. Orchestrating all of their marketing requires a large team, though. The pair have 110 people working for them between the four schools whose sole job is to market the website. The website is run completely by students, for students. “We finance the deal from future revenues in the company,” Haghani said. “It’s also great experience for the kids that are programming for us.”
These revenues will come when they start to put a tax on their products with the expansion of the site next year.

Though Haghani said they initially encountered challenges in organizing their team and getting buyers interested in the website, the success of the website comes from people’s desire to save money. “You need to encourage people to take the leap of faith that there will be buyers on the site,” Haghani said.

Haghani partially credits the supportive and encouraging nature of UPenn to the website’s success. The resources that the school has provided to him and Parekh were, he said, invaluable to their work.

Haghani and Parekh used student programmers from UPenn for the remodel of the Textbook Friend site, which was launched on January 28. Students at schools outside of UPenn will also be instrumental in the growth of the company. Haghani and Parekh plan on expanding the website to 120 different schools across the U.S. by the beginning of the 2013-2014 school year. They hope to be operating in 1,000 universities across the country, and serving close to 10 million students. “There is a very low barrier to entry until we capture the market so we are going to drive the idea quickly to schools,” Haghani said.