Our (not so) global perspective

We live in a mini-America. The academic framework at ASL is modeled after an American one, so it’s no surprise that it’s the same as that of most schools in the United States. However, it’s not just our education that is distinctly American. It’s the slang we use in the halls, the way we dress and the obsession we have with every aspect of the college process. In search of an American education overseas, incoming ASL students have brought with them distinctly American customs and culture, creating a microcosm of the U.S. in the middle of London.

When I first entered ASL this year, I was terrified I wouldn’t fit in. After growing up in a very stable environment in New York, I was moving 3,470 miles away to a school I assumed would contain an international mesh of cultures: The polar opposite of my previous high school. However, I had nothing to fear. Although there is undeniably more diversity in terms of nationalities than at my old school, everything else about ASL is the same. The parties, the style of dress and almost every other aspect of American teenage life seems to have followed me across the ocean. The American School in London could not have been named more appropriately. It truly is a distinctly American school in the heart of London.

Perhaps I was naïve. Parents send their children to ASL to give their children an American education and, as a byproduct, total Americanization. It seems you cannot have one without the other. But what about the “global perspective” also promised in the mission statement, alongside the “outstanding American education”? After all, that is part of the deal. You come to ASL not only to receive an American style of learning, but also to expand your horizons outside of the American bubble by achieving a so-called “global perspective.”

But what is a global perspective? Although slapped on the homepage of the school website and stenciled on the walls, you’d be hard-pressed to find a student who can actually define it. Is it an equal appreciation for all cultures? An understanding of other customs? Or is it an American outlook simply tinged with an awareness that there are other cultures out there?

The global perspective is present at ASL, but remains ignored by most, forced to the back of many people’s minds. There are approximately 1350 students and 50 nationalities represented at the school. Clearly, on such a large scale, a jumbling of nationalities occurs. In that way, the school has done well bringing in students from ethnic groups from all over the world. However, instead of all these different groups coming together to create an exemplary combination of culture, they seem to have become distinctly American. Cultural differences from the American norm are understood and accepted, but not delved into and explored. The 50 or so different types of passports we are so proud of are simply sitting in lockboxes at home, doing nothing to expand the mindset of the community. Even Hester is doubtful of whether our students are getting what is promised to them in the mission statement. “We have the ingredients,” she affirmed, but stated it’s unclear how much students actually want the global perspective they might develop in the ideal ASL.

Why are we so wary of stepping outside our red, white and blue bubble? Social Studies Teacher Michelle Gerken, who is currently teaching the Global Issues course that focuses partly on the global perspective at ASL, offered a possible answer. “It’s almost as if when students are abroad and out of their country of origin, which many of them are, their reflex is actually to be as American as possible, so they can hold on to something” she said. So, to many students, not taking in everything ASL and London have to offer is actually a way of protecting their American identity. “They’re just homesick,” she concluded.

I completely understand this. Because I’m only going to be at ASL for a year, I’ve been trying to take in as much of the non-American lifestyle as possible, as I know I’ll be returning to the U.S. in a matter of months and the opportunity will have vanished. But if I weren’t certain I’d be returning, I’m sure I’d be much more hesitant to embrace a sphere outside my own. I would be holding on to my American side with as much fondness as so many here do, not getting nearly as much out of living in London as I am now.

Another roadblock on that path to a global perspective is the limit presented by the wealth inside the school. We may have citizens from around 50 countries, but if they’re all in the top few percentages of wealth is it really a global perspective? I accept that a person’s affluent background does not make him or her a less viable canidate through which to learn about the world, but part of what makes up our global perspective should be variety – not just of traditions, ethnicity, race, and culture but also of socioeconomic status. A uniformity of wealth, such as that at ASL, brings about a common experience, rather than a diverse perspective, on the global community. It’s as if the wealth creates a sort of haze over the school, clouding our view of the real world and preventing a deeper global understanding. I don’t want my global perspective to be a view of how the one percent of the world lives, I want it to include the other 99 percent, too.

As a school, we are in a privileged position to give students a unique view of the diversity of the world, but this is something that needs to be choreographed carefully. Five months after entering the school, I have yet to see this mindset at ASL. A true global outlook needs to be nurtured and fostered. Simply shoving an amount of students from several different nationalities into one classroom is not enough. You can’t assume that if there are enough nationalities represented, the multicultural environment will simply seep into students’ inner consciousness – particularly when many of the students affiliate with their American side as much, if not more, than they do with whatever other culture they represent.

London is quite possibly the most multicultural city in the world. We are going to school in a city that encompasses more than 270 nationalities and 300 languages. If a global perspective is too difficult to convey to students amidst tough AP courses, meetings with teachers and lunch time study sessions, I think the school should focus its efforts on allowing students to receive a more worldly view outside the classroom. Although I didn’t have the pleasure of attending ASL when Alternatives were being offered, descriptions given to me about them paints a picture of a program with the primary goal of enhancing student’s views of a world, helping them connect to a world outside of the small and sometimes stifling ASL bubble. Reinstituting the Alternatives program is the largest step towards providing the global perspective promised, as it reignites the opportunities for truly understanding the diverse world around us.

However, even this won’t provide the lasting change the mission statement promises. After all, fours days of traveling, no matter how mind-broadening, would not be enough to instill a permanent change in a student’s mindset. Instead, a change needs to occur within the classrooms. To truly provide a global perspective, ASL needs to constantly surround its students with such a thing. Although a global perspective may be possible to achieve at the school currently, it requires students to go out of their way. You have to enroll yourself in a class tailored to providing a global outlook and there are very few of these classes available. Most of the classes offered at ASL are ones in which an American perspective reigns supreme. Offering more classes, or simply revamping the old classes with a more international point of view, would enable ASL to stick closer to its mission statement.

To some extent, how much of a global perspective we get out of ASL is dependent on us and the degree to which we pursue it. Left to our own devices, the truth is that most of us at ASL put 100 percent of our efforts into receiving the ‘outstanding American education’ promised in the mission statement, causing the global perspective to fall by the wayside. It’s something we hope will be a byproduct of going to ASL, but a true global perspective requires active effort – not passive diffusion. The school must take it upon itslef to institute the global perspective they constantly preach, otherwise it will remain floating in the background, present inside the school, but almost completely ignored. 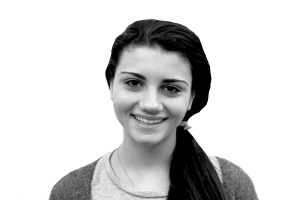