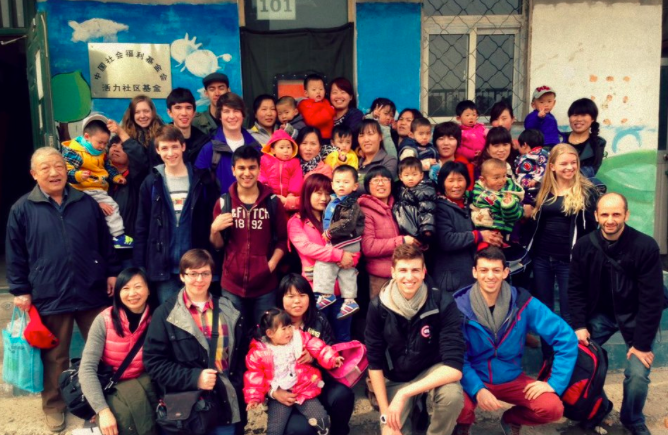 While the majority of ASL students finished the week leading up to spring break in London, others decided to start break early by participating in Global Partnerships trips. These students not only got to miss a week of school, but they also were able to travel to places such as South Africa, the Dominican Republic/Haiti and China.

In the Dominican Republic, students spoke Spanish, crossed the border from the Dominican Republic to Haiti by foot, and even shared meals with a couple local families. Nicole Adams (’14) went on the trip and said she would definitely go again. “It was not only an extremely entertaining trip,” she said, “but I also made lots of new friends and it helped me with my Spanish.”

Going on the Global Partnerships trip, Adams also felt the difference between being in London and a third world country when visiting a clinic in Haiti. She found it  “very barren, and they didn’t have a lot of resources which was shocking to us coming from where we live.”

Caitlin Boerner (’14) also went on a Global Partnerships trip, but to South Africa, for the second time. She went last year because she wanted a new experience and was interested in travelling to Africa; this year, she wanted to relive her experience. In South Africa, Boerner worked with the Desmond Tutu HIV/AIDS Foundation, visited townships in Port Elizabeth and went on a camping trip with students from the Ubuntu Education Fund. Coming back to London, Caitlin said what she misses most are the kids she worked with because “they are so happy about everything even though they don’t have that much.”

Flying over 4,000 miles, Mac Anabtawi (’14) travelled to China. As a Chinese III student, he wanted to test and apply what he has learnt over the past three years from taking this class. Along with his classmates, Anabtawi spent six days in Beijing, two days in Xi’en, and two days in Shanghai. Reflecting on his mission to apply his learning in class to a Chinese country, he said, “It was great to speak Chinese with the locals and I was proud of the fact that they actually understood me.”