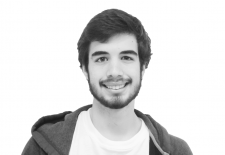 As the school year slowly winds its way to the end, and with the election of the new heads of Student Council, the ASL student body eagerly looks to the future with understandable anticipation about what it may hold. However, before leaping forward, the previous president Julian Nebreda (’13) and vice president Tarek Masri (’13) spoke about their experiences.

10 things StuCo has achieved in the past year

1. Improved relations between student council and other leading groups in our community. Student Council has a great relationship with The Standard. The president writes one article for each Standard issue and one Standard correspondent sits in on all Student Council meetings.

2. Thoroughly bettered the relationship between Quentin Kynaston and ASL incomplete sentence. Under Nebreda’s presidency, Student Council contacted QK for the first time, last spring, and organized a barbecue. Furthermore, the council has been planning an event with QK which will take place before the end of the year.

3. Helped facilitate the transition from Athena to Haiku, members of the council standardized the layout of each teacher’s page by coming up with a presentational list of requirements over the summer, to be implanted over the fall.

4. Successfully organized traditional student events such as Winter Formal, Weenie Roast, the Battle of the Bands and Senior Sunset.

5. Conducted student mixers in order to create an open space which allows students the opportunity to approach the council with any of ideas or suggestions.

6. Listened to student suggestions and successfully worked towards getting phone chargers in the library.

8. Continued to hold creative spotlights as an open space for students to showcase their varying talents.

9. Taken student suggestions to the catering committee, creating proposals for certain items including: panini machines, english mustard and dried mangoes, and checking whether they could be incorporated into the baxter storeys inventory.

10. Organised every aspect of Spirit Week and the Pep Rally.

In order to improve life for students at ASL, it is fully appreciated that the role of the student council goes far beyond organizing events. In order for the Student Council to continue developing and growing, Nebreda hopes that the new heads, President Issy Kelley (’14) and Vice President, Adam Koren (’14), will continue the council’s tradition of being clear with students, as well as with themselves. “I know that Adam and Issy understand this responsibility and because of their work throughout the year, also understand the importance of students being aware and using the student council as a medium for change and as a medium for their voices to be heard,” Nebreda said.