More than a film 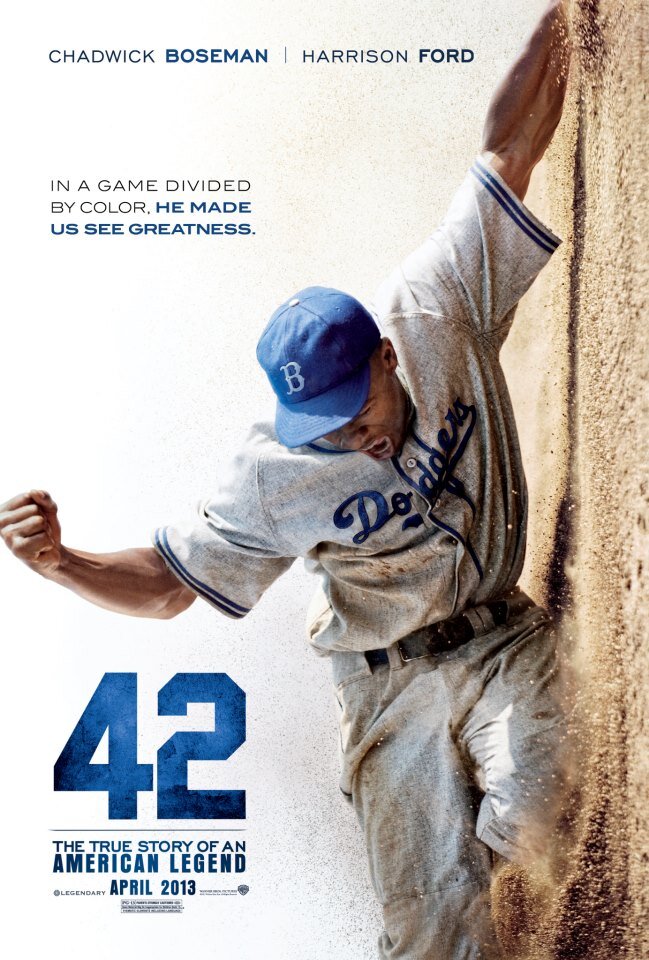 WILLIAM MUOIO ONLINE EDITOR writes about a new sports film that has a deeper meaning than other recent releases.

A new movie has been released that offers more than just a story, but how the face of sports has changed throughout the United States and worldwide. The new film by Brian Helgeland, 42, looks in depth at Jackie Robinson, the African-American athlete who broke the color barrier in Major League Baseball. The film shows how Robinson persevered through racial discrimination and abuse to do what he enjoyed, and brought in an estimated $27 million dollars after it’s initial release in the United States. Athletes of all 30 Major League Baseball teams plan to take thousands of students within their local neighborhoods to private screenings of 42, many of whom have gone through difficulties within early life similar to Robinson.

There are moments in the movie that most people know about regarding Robinson’s career, such as his first game as a Brooklyn Dodger in 1947 or when he was not allowed to use certain locker rooms or hotel rooms, because of the color of his skin. But what Helgeland’s film does is looks into those events that most fans have not heard about. For example, when Robinson broke down after an altercation with an opposing manager who said that it was unsafe to his team for Robinson to be his opponent. At that emotional moment, portrayed excellently by actor Chadwick Boseman, you were able to see the distraught that Robinson must have felt. You are also able to see how the game has changed throughout the years.

Helgeland’s movie, which was released in the United States on April 12, does a lot more than bring together people over an athlete, as Robinson was much more than that. There is an issue throughout the United States and all throughout the world regarding racism in sports, schools and business. The story behind what Robinson did has changed athletics throughout the world. Charlie Sifford became the first African-American to gain full status on the PGA tour, William O’Ree played for the Boston Bruins in the National Hockey League as an African-American in 1961. More internationally, soccer player Mario Balotelli became the first black player to earn an appearance for the Italian national team in 2010.

Racial discrimination continues to be an issue throughout sports, recently regarding Associazione Calcio Milan’s Kevin Prince-Boateng leaving a game as he was abused by fans, and several players have gotten suspensions for racially abusing other competitors. Society is not perfect when dealing with racial issues, however, this film does show that change has happened throughout sports, and this issue can be highlighted as successful and inspirational to many.