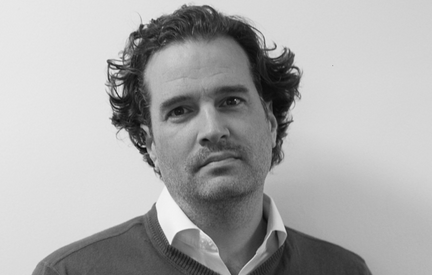 Misrepresentation in Issue I

While there is much to admire in your first issue of The Standard, I am troubled by the overall impression the paper gives about gender.

The paper celebrates boys and men who are athletic (all seven pages of the sports section are about male athletes, with Nick Canavan (’14) receiving three full pages and four color photos as a kind of hagiography to his pain), “cultured” (the double page spread on shisha and the article on the television show “Suits,” the double page feature on tattooing and even Kate Kennedy’s (’14) engaging piece on Postman’s Park almost exclusively celebrate varieties of male achievement from rebellious to heroic), and academically successful (while English Head Meghan Tally gets the pull quote, the standout line of Zack Longboy (’16) and Charlotte Young’s (’16) article on the gender divide has to be “The average SAT score for girls was 1962 out of 2400, a noticeable 54 points lower than the average boy’s score if 2016.”)

To this, it is hard to ignore the fact that boys dominate the Opinions pages, taking on the issues of college, assessment and cheating, while the lone female voice there was about music lyrics.

Against this, consider the representations of women and girls. ASL Parent and Author Elaine Proctor-Bonbright is flanked by two men in the photo layout on the TEDx page. Worse than that, she is introduced in the body of the article as “ASL parent” first, in contrast to Ian Goldin, a speaker from outside the community whose position takes precedence. Indeed, on that point, it is worth noticing that women in our community are “ASL Parents” first (e.g., “Elizabeth Dibble, ASL Parent and Deputy Chief of Mission at the US Embassy” p. 4) where the men’s careers take precedence (“New York Times Columnist and ASL Parent Roger Cohen” p.5).

In the first 12 pages of your paper, I count only five instances of women given significant voice at all. In Mina Omar (’14)  and Thomas Risinger’s (’14) “The Red Line,” your report on Syria, a significant voice about Syria, ASL Parent and Deputy Chief of Mission at the United States Embassy to the Court of St. James Elizabeth Dibble, is reduced to nostalgia and heartbreak, and her significant and informed assertion that the International Community needs to take seriously its responsibility is qualified by a male Social Studies teacher.

When significance isn’t being quietly qualified, it is simply inane. Young takes issue with “being sweaty and looking ugly” in Progress Report, the only female voice assessing anything about the state of affairs in the school. Where girls do feature, they are interested in style (“Street Style” in Features) or victims of cyber bullying. Simply put, women in your pages aren’t people worthy of emulation, like Harvey Specter, or cultural creators or athletes worthy of our attention. Girls are in the small majority here at ASL, but your coverage of their riches and successes is clearly in the minority.

Perhaps it is worth looking at the pull quote on page 10 from Young’s fine piece on music lyrics. Young asks, “is anyone else listening to the cross messages that are being sent in any of these lyrics?” I think it is worth modifying that a bit, to ask if you are aware of the cross messages you are sending as you produce a paper representative of the whole school community. Because everything, including silence, is replete with meaning. This repleteness becomes evident the moment a work is revealed to an audience. The question we must always ask is whether the work being produced—work like The Standard—is replete with the meaning we intend.