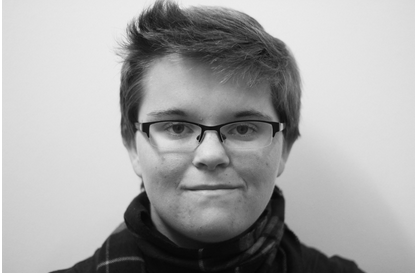 Unfortunately, that is the attitude expressed by many people in the wake of a widely publicized sexual assault. Whenever one of these tragedies occurs, masses flood social media with posts calling the victim a liar and blaming them for the assault. This reflects a general ignorance as to what actually constitutes rape, as well as a subtle source in biblical law.

To understand the origins of today’s acceptance of rape culture, one must look at the book that many people claim to live by. Yes, the Bible. From Deuteronomy 22: 23-24 of the King James Bible, “If a damsel that is a virgin be betrothed unto an husband, and a man find her in the city, and lie with her; Then ye shall bring them both out unto the gate of that city, and ye shall stone them with stones that they die; the damsel, because she cried not, being in the city; and the man, because he hath humbled his neighbour’s wife: so thou shalt put away evil from among you.”

That mentality is still apparent today. It dangerously shifts blame away from the attacker and onto the victim, making rapists into sympathetic characters.

In August of last year in Steubenville, Ohio a high school girl was raped by a group of American football players at a party. She was assaulted over the course of several hours in the basement of a house and was unconscious for most of the time.

As horrifying as that is, what is perhaps worse are the reactions of people that blamed the victim of this heinous crime. Hundreds of expletive-ridden tweets, comments, and posts flooded the web with highly disturbing opinions about the outcome of the trial.

“The Steubenville story is all too familiar. Be responsible for your actions ladies before your drunken decisions ruin innocent lives,” one Twitter user wrote.

This was a common sentiment expressed in social media, and it has several glaring problems. The first being that the victim of the Steubenville rape was unconscious. Any decision to sexually assault this girl was made by her attackers. The second being that the Twitter user states that the rapists were innocent.  The attackers photographed and filmed the attack on their phones and posted pictures to Instagram, texted each other about it, and even referred to their actions as rape.

Perhaps most appalling is the fact that the victim was a high school student. The victim of this attack and subsequent social media onslaught could have been anyone at ASL.

The attitude that rape is acceptable at parties was clearly displayed this year by the Phi Kappa Tau fraternity at Georgia Tech. An e-mail explaining in detail how to “lure your rapebait” circulated among members of the frat, and eventually leaked online, garnering national coverage.

The email, written by the Phi Kappa Tau social chair, explains with misogynistic language and copious exclamation points how to get a girl so drunk that she is incapable of making decisions and then sleeping with her. If someone is incapable of giving consent, that is indisputably rape.

This is not to say that women do not need to be careful. Being safe at parties is definitely a message to take from this awful event. However, that should not be the only thing people take away from this. In addition to telling girls to be more careful, there should be at least as much if not more of a call for telling people not to rape.

Obviously, rape is still viewed as a non-issue in some parts of American culture, and that is a major problem.