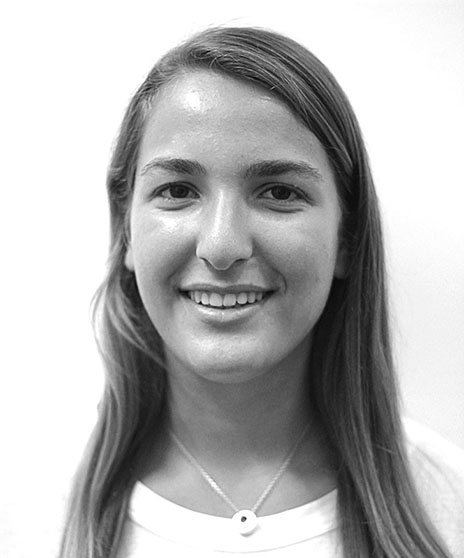 The topic of how women are perceived based on their clothing choices is being debated at ASL, in all aspects of the community, including extracurriculars and classes. English teacher Eve Ellis assigned her students, as per the English 10 curriculum, the short story “A&P” by John Updike, which is told from the perspective of a teenage boy watching girls wearing bathing suits in the supermarket where he worked.

When her students discussed the story at the Harkness Table, it soon became a heated conversation about the sexual observations he made about these young women, and whether it was unfair for men to think certain things about a girl based on what she is wearing.

Every day, the sexualization of females a more relevant and contentious issue. As public female figures such as Miley Cyrus, Rihanna and Kim Kardashian set the tone of what is socially acceptable to wear, or in some cases to not wear, female clothing choice now evokes negative connotations.

Elizabeth Vann (’16) sees an issue with media affecting girls’ attire at social events. “I think the whole media culture and the ads of sexualization of skinny women has a play on our society for sure. Girls take what they see around them and just try to mirror it,” she said. “Nobody thinks it’s bad because its become such a norm.”

Miley Cyrus is a public figure who  has recently undergone a transformation. Once praised as a role model for teenage girls, Cyrus has shed her clean image for a more provocative one. Cyrus’ showed her new identity through her recent VMA’s performance and photoshoot with Terry Richardson, a famous photographer recently under fire due to models he has worked with accusing him of sexual assault and using intimidation to get them to pose and dress more provocatively while being photographed.

Cyrus is a prominent example of media influencing    the  clothing choices of women, but R&B singer Rihanna is also met with criticism due to her choice in clothing. While Rihanna has never specifically cited herself as a role model or drastically changed her wardrobe over her years of fame, she does influence the choice of clothing for young women. Recently, one of the singer’s business ventures has been teaming up with River Island to create her own collection for the brand. Undeniably, women will be buying her clothing, leading to Rihanna’s own personal style influence theirs.

While women like Cyrus and Rihanna have influenced women’s choice in clothing, whether it be in a positive or negative way, protection of women based on their clothing choices has now become a widely discussed topic. This is because rape victems are, unlike many other victems of crime, often blamed for their attacker’s actions.

In 2005, a poll by Amnesty International found that 26 percent of people believed that a woman is totally or partially responsible [for being raped] if she is wearing revealing clothing. The discussion of how women are perceived based on their clothing choices is being debated at ASL, in all aspects of the community, including extracurriculars and classes. English teacher Eve Ellis assigned her students, as per the English 10 curriculum, the short story “A&P” by John Updike, which is told from the perspective of a teenage boy watching girls wearing bathing suits in the supermarket where he worked.

When her students discussed the story at the Harkness Table, it soon became a heated conversation about the sexual observations he made about these young women, and whether it was unfair for men to think certain things about a girl based on what she is wearing.

Cammie Rosen (’16) was one of the students who discussed “A&P” in Ms. Ellis’s English class. “I was really surprised about the comments that some people made,” she said. “I didn’t think that some people would be so offensive towards women. It was shocking when some of my classmates said that they thought the three girls were ‘asking for it’ by wearing the swimsuits.”

Isabelle Preddy (’15) strongly disagrees with the interpretation that if a girl dresses provocatively she is inherently asking to be noticed. “I’m repulsed by the fact that people start to defend the idea that by what somebody wears they are asking for a certain thing to happen,” she said.

Preddy believes that a girl can dress as she pleases, and she shouldn’t be judged based on what she is wearing, or be met with unwanted sexual advances. “It’s horrible to say that because if somebody does want to go out and buy a certain skirt they are asking for attention,” she said. “In no way is that skirt asking for her to be raped, because the moment she says no, that skirt means nothing.”

While Preddy believes that dressing a certain way does not and should not produce unwanted attention, Principal Jack Phillips regards this idea otherwise, thinking that clothing does send messages to others. “I think it would be naïve to say that one’s clothes do not send some kind of message one way or another,” he said.

At the same time, Phillips does not think that what women specifically choose to wear should impact their own personal safety. “I would really hope that we don’t have to be concerned about women’s safety [at ASL],” he said. “I know that there are issues with women’s safety around the world and I don’t know if that has any direct kind of relationship with the clothing they wear. I would imagine in certain places it does impact, but it shouldn’t.”

Omar Elmasry (’14) agrees with Phillips’ views on how apparel can distort perception. “I hope that everyone is aware that the way they dress is what people see you as. People do judge each other based on that,” he said. “I hope though that we judge each other for our character instead of our clothes but that’s not always the case.”

Torrey Coe (’14) sees clothing that young women like herself wear as creative fashion statements that are popularized and merchandised by different celebrities. “I do think there are girls that dress in a provocative way to up their self esteem and to feel self empowered,” she said. “Not only is provocative clothing fun and gives a sense of thrill, but it also makes girls feel like they look good if they are shown attention for their outfit.”

Coe is proud of the statement her choice of apparel makes, but does see that men place expectations on women based on their style. “I definitely think that clothing choices can give men certain expectations about a woman’s character and values,” she said.

However, Coe doesn’t perceive what men think as being a problem. “I don’t think that this matters at all if in the end, the girl’s actions don’t go along with those expectations. Men can have whatever expectations they want in their head. It only matters if the girl maintains her self-respect regardless of if her clothing represents that.”