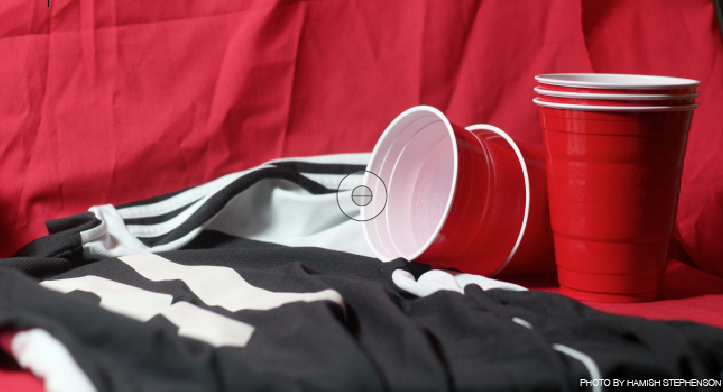 There is a common sentiment that alcohol acts as a social lubricant for teams, allowing them to create a strong bond. This sentiment in itself leads to disagreement, however. “I would say that at a party that’s bonding, but not necessarily drinking. I connect with my teammates without getting drunk,” one boys varsity soccer player said.

A varsity rugby player disagreed, though. “It’s a definite bonding activity. I would say that the level of bond achieved when alcohol is present is not possible without the alcohol,” he said.

There is a trend amongst ASL athletes: They will continue to drink during their season but they will be more conscious of their decisions and how they may affect their athletic performance. A two-season girls varsity athlete concurred with that trend, as she continues to drink during season but displays good judgement and that problems only occur when, “you do it really irresponsibly and don’t plan around practices or games and show up to a game extremely hungover,” she said.

A varsity boys soccer player also agrees that it is important to act responsibly in accordance with the season schedule, “I felt that drinking could affect your season in a negative way, especially towards the end of the season when you just want to be playing, and it has an effect on your fitness,” he said.

A different sentiment is felt by the coaches of these teams, who are held in part responsible for the actions of their players.

At the beginning of the season, some coaches outline the responsibility that players need to have in order to be a successful member of the team.

Varsity Boys Soccer Coach Akay Mustafa said, “I do say that as the season goes on that you need to make good choices with your decisions when you’re out on the weekend. No one in this school is naïve enough to imagine that nobody drinks, but at the same time, you have to be responsible and know of the risks involved in what you’re doing. Again, you shouldn’t be involved in that when you’re around the school, so I just reinforce that.

“Like our ISSTs created countless stories, with the Zurich thing, the pitches, and all the kind of stuff that went with it. The whole drinking thing is a misconception, it is something that has developed and people have clung to.”

One question that responsibility brings up is the extent that the school and coaches get involved. Last year, on the night before a game and the night of a large party, a coach sent an email to players and parents regarding a suggested curfew for students to follow. This was a more extreme example of what happens at ASL and other high schools, as coaches try to control their players actions off of the field. As coaches are held somewhat responsible for their players actions, and have to deal with the consequences of their actions both in and outside of school, the line between students’ personal lives and the school becomes a gray area.

Another gray area involves the act of bonding with alcohol itself, and choices that student athletes make when under the influence. The majority of team members at ASL and other high schools are below the legal age of consumption, and bonding with the use of alcohol results in breaking the law. As it is usually the upperclassmen on the team who bring the younger teammates out or to parties, it may be seen as peer pressure, especially if those who are younger do not feel comfortable drinking or being around other students under the influence. Taking those who do want to go and leaving others is exclusion. Bringing those students against their will and forcing them to do things that they aren’t comfortable with is hazing.

Hazing is a form of bullying, and is not to be handled lightly, even if the goal is to form a stronger team chemistry. This makes the line between building and breaking team chemistry a thin one when alcohol is involved.

CLARIFICATION: The print version of this article mentions an incident involving the Zurich International School and their boys varsity soccer team at the ISST tournament in November. The school has not released any information on the subject of their administration’s decision to force their team to forfeit all of their matches in the ISST tournament at the British School in the Netherlands. The only information known on the subject remains that it is a disciplinary matter within the school, and that the team was forced into relegation due to not being able to compete in the tournament, and received a three to zero loss for every match that they were due to play in the tournament, one of which was given to ASL.