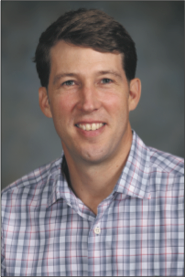 Throughout the month of January, the hiring process for the replacement of Dean of Students Joe Chodl was in full swing. With Chodl’s departure the end of the 2013-2014 school year, there will be a change in the title of his position. Previously titled Dean of Students, the new position will be labelled Director of Student Life.

The Director of Student Life was announced on January 27. The administration elected to hire James Perry, a math teacher and golf coach from Atlanta, who is currently the Grade 9 Chairman (equivalent of a grade level dean) at the Westminster Schools in Atlanta, Georgia.

Principal Jack Phillips said that Perry was chosen as a result of several different factors. “[It was] the way he connected with students while he was here, how we know he connects with students at Westminster Schools in Atlanta, Georgia,” Phillips said. Phillips also highlighted Perry’s interest in school sports as being a factor of his hiring.“The fact that he went to a basketball game and a rugby game while he was here, well beyond his interview duties.”

Phillips described how competitive the hiring process was and that all four of the final candidates were adequately suited for the job, but that Perry stood out. “He was the one more than any other candidate that connected with all the constituencies, all those pieces I’m talking about,” Phillips said. “He was the one who seemed to have the most excitement around him and to be the most respected by everyone regarding all of the constituencies.”

Organization, writing skills, communication with students and faculty, and a sense of humor are noted to be Perry’s strengths.

Phillips is confident that Perry will fit his definition of the new title and is clear in his view of what the change in title means. “To me, the name change is largely symbolic. At a lot of schools the Dean of Students is defined by the discipline role. I wanted to move away from that and to where discipline is a part of this role but not the defining aspect of the role,” He said. “It really is about the bigger picture of student life, that’s why I wanted to make the name change. It’s a title that I think better represents what I’m looking for in that position.”

Chodl has his own definition for the expiring Dean of Students position. “It’s the type of job that whatever happens you have to react to it. I would say that it’s pretty much anything and everything.”

While Chodl did not have direct influence over who was hired, he has been heavily involved in the process via interviews and advice-giving to Phillips and Head of School Coreen Hester, the two administrative members responsible for filling the position. Other school groups like the Student Faculty Disciplinary Board (SFDB) and Student Council as well as other administrative members, faculty, and parents were involved in giving advice during the hiring process.

The change in position title is noted as not being a drastic one, but rather a slight alteration of the responsibilities formerly held by the Dean of Students, in that the position is being envisioned as a role with a broader view, instead of just as a disciplinary role.“Maybe redefinition is too drastic. More tweaking and expanding really,” Phillips said.

Phillips cited continuity with other school heads (i.e Director of Athletics and Director of Academic Advising and College

Counselling) and confusion between the titles of grade deans and dean of students as other reasons for the change to the title.

Phillips also emphasized that the change was not a result of Chodl’s departure and that the change would have happened regardless. “What I’m taking advantage of is my being new so I have that opportunity to change the position,” he said.

While the administration has an idea of what the changes in the duties of the position will include, the same can not necessarily be said for all members of the student body. “I’m not quite sure how the Director of Student Life is supposed to differ from the position of Dean of Students,” SFDB representative Kjersti Anderson (’15) said. However, she did add, “I believe that whomever is hired as Director of Student Life will respect the SFDB and any changes that might be made will be thought through by each side.”

The transition process will be key, considering the student body’s familiarization with Chodl and the fact that he has been in his position for 15 years. “Chodl has been here for so long and knows so much about the ins and outs of this place,” Phillips said. “He knows the students, the families, the events, the calendar, he’s an important part of ASL’s recent history and we’re losing that piece.”

Phillips also has a clear expectation of what he would want to see in a Director of Student Life, apart from the formal job description. “I’m looking for someone who has had experience implementing systems and procedures for monitoring and supporting student life and the social and mental development of students,” he said. Phillips believes that although the Director of Student Life is a disciplinary role, at the end of the day, he must be enthusiastic about students  and want to have special bonds with them. “One candidate summed it up really well. He said, ‘It may come that I’ll need to suspend someone from school, but I’ll be the first one to give him a hug when he comes back.’”