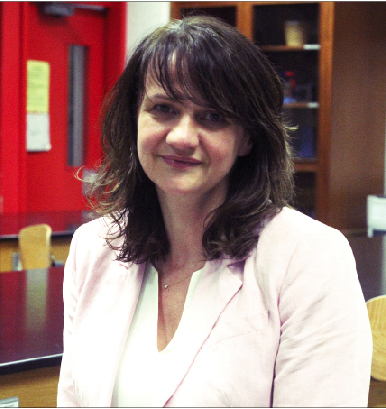 During February Break, Assistant Principal Annie Leonard finalized her decision to leave ASL at the end of the school year and move back to Massachusetts after being at the school for four years.

The idea of Leonard and her family moving back to U.S. only came up recently in February, after her husband received a job offer. “My husband is not an educator so we’re not a family who can move from school to school. The last two moves that we’ve made as a family were led by my job, and this job possibility that came up for him is really amazing and so we decided that it was his turn,” she said.

Because their move is spurred by her husband’s new job, Leonard has yet to find a job for herself for when they move back. “I knew the first question that was going to come up from people was going to be ‘what about you, what are you doing?’ I definitely have some hopes, and then I have some things that are starting to become possible plans,” she said.

At the same time, Leonard is trying to focus on something she learned from a conference she attended in January. “[The speaker] was talking about career changes and described it as being on a trapeze and the way a person is swinging on a trapeze and you know there’s a trapeze bar out there, but you have to jump. It’s not like the monkey bars where you can reach bar to bar. I was thinking back to hearing him talk about that moment where you’re letting go of that bar you’re holding onto; I’m trying to enjoy that leap,” she said.

For Leonard, that leap of uncertainty for when she moves back is very different than what she has grown accustomed to. “Even though in a lot of ways I’m not a conservative person, I’ve actually been employed by a school since 1993. I’ve always worked in schools, and so maybe next year I won’t be working in a school for the first time in a long time. I’m still not sure what I think about that.”

While Leonard just recently confirmed her move away from London, she has already started thinking about what she will miss most about ASL and what she has come to appreciate. “I love getting to know students over time and seeing what develops as they go through High School. I’m actually going to be leaving with the class that started as ninth graders for the year that I began being Assistant Principal,” she said. Leonard will miss seeing students within the school change over time. “I’m going to miss seeing what changes happen as the students go through what I really think is a really transformative educational experience.”

With the departure of Leonard comes the arrival of Science Teacher Karen Bonthrone to fill Leonard’s place. The process for Bonthrone to become the new Assistant Principal went very quickly, with Bonthrone having interviews with both administrators and other teachers within the High School. “Because of the way hiring works in international schools it was helpful for the school for this process [with the applicant pool being from ASL] to be completed fairly quickly because now they have to hire a new physics teacher,” she said.

Bonthrone is very excited about her switch in positions due to the changes in education in the near future. “The previous model of education where teachers had all the knowledge and they transmitted the knowledge to the students has changed in the past few years. I’m really excited to lead the High School through this period of changes of what education is,” she said.

Bonthrone is looking forward to challenging the current educational model at ASL. “I’ve seen schools that have gone through periods of change at different times  Everything has to take time but we want to make sure that you [students]  are prepared for a future that you [students] have.” She continued to explain that her goals are not to excessively change the current educational model that is being used. “The sort of question is can we make it even better? You don’t do change just for change’s sake, you do it because it’s the right thing to do.”