The Mellon Library: A wealth of unread books 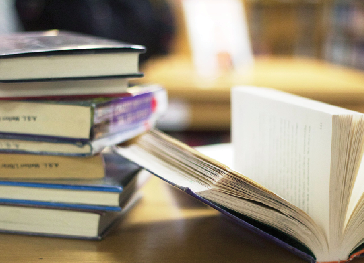 Libraries have always played a central role in society as symbols of culture and learning. The burning of the Library of Alexandria in Egypt in 48 B.C. which was known to be one of the largest and most significant libraries in the world, is considered a tragedy because of the colossal amount of knowledge lost when it was destroyed.

In the age of the internet, the centrality of the school library appears to be rapidly changing. The Mellon Library represents a key resource for students, hosting a collection of 35,000 books; by the standards of most schools, ASL boasts a world-class library.

But are these library resources being used? Mellon Library records show a substantial decline in annual book checkouts over the past 20 years. From 1973 to 1981, students were checking out 26,686 books a year on average. In 1981, when book checkouts reached their peak, students checked out a total of 33,950 books.

In recent years, annual book checkouts have declined dramatically, especially in the High School, where book checkouts are currently at less than 1,000 a year. In fact, audio visual equipment, including chargers, headphones, iPads and calculators, are being checked out at almost three times the rate of books. However these ASL statistics are merely a microcosm of similar trends that have been reported on a much larger scale.

According to a study by Library Public News, book checkouts at libraries across the U.K. are down more than 50 percent from levels 15 years ago. In 2012 alone more than 200 libraries were forced to shut down due to lack of business.

Director of Curriculum and Instruction Roberto D’Erizans believes that most of today’s research has moved online, explaining the decrease of book check outs. “I think the function of the library is going to change. Librarians are going to be crucial people in helping us to learn how to value and access that online information, and how to determine the best sources,” he said.

On the other hand, Librarian Joan Dyer-Westacott sees the possible negatives of a library moving more online. “Maybe you don’t spend as much time thinking about what you need and getting a lot of varied opinions, because it’s so easy to find exactly what you’re looking for,” she said. Dyer-Westacott also believes that students may not go into great depth when doing research if they only rely on online databases.

D’Erizans notes that when students Google search a topic, the top five links that appear aren’t necessarily the best links related to their research. Those links are simply the ones that have been paid for the most by advertising companies. “It’s a problem because you’re not necessarily going to get the best research out there  you’re going to get slanted information,” he said.

Although the library has attempted to promote reading amongst High School students, so far their efforts have not produced results. In a survey of 115 High School students, more than 90 percent said that they never check out books. “We don’t have time to come into class to promote reading,” Head Librarian Karen Field said. “In the past we’ve tried to have book talks during class meetings, but often those meetings are so busy that we never have any time.”

Field now faces the discouraging dilemma of determining if books should be bought even if they’re not being read. “We still do buy the award-winning High School books, and kids just aren’t reading them,” she said. “So the question is, do you consider buying it even though no one is checking it out? It’s hard to spend money on something that just sits there.”

Because almost everything that is printed can now be found online, the role of the Library seems to be changing, as many students use the library solely as a workspace rather than taking advantage of the extensive resources that can be found there. Of the students surveyed, 70 percent use the library space to work more than once a week. So, is the Mellon Library being reduced to a comfortable workplace with rows of books only there for decor?

For those who believe these developments are a cause for concern, there is some good news. Mellon Library records show that Middle School annual book checkouts have been increasing over the past seven years, perhaps because of initiatives like a recent middle school reading competition. In fact, Field believes that nine-year-olds are reading at a higher level than they’ve ever read in the U.S., and this is certainly consistent with the recent trends at ASL.