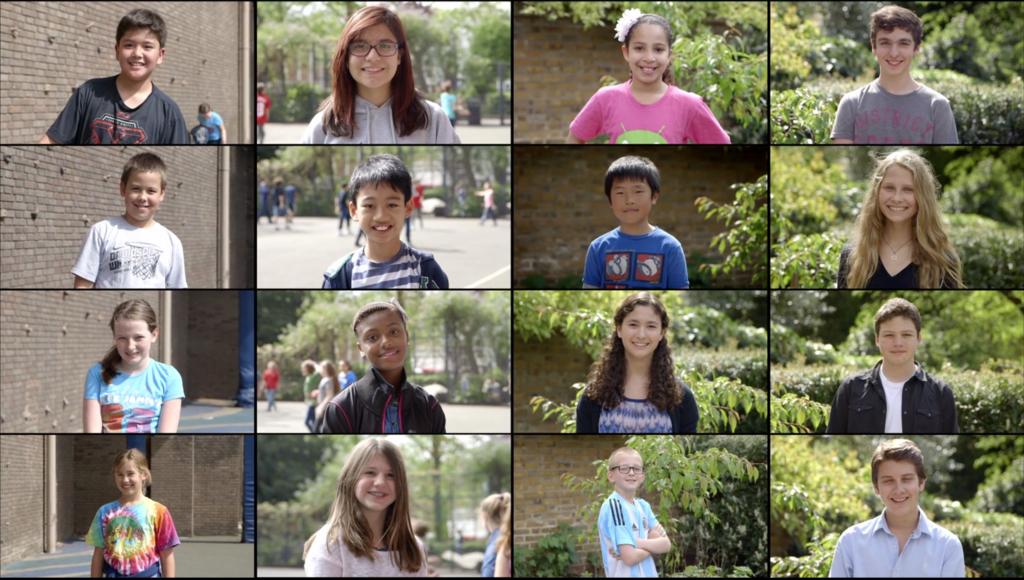 ASL’s recent release of a video highlighting the school’s diverse nature and its core values has resulted in a mixed response from many students.

On Friday May 9, a full high school assembly was held in celebration of Founder’s Day, marking the school’s 63rd birthday. After a brief speech from Head of School Coreen Hester and a video documenting ASL’s founding and evolution, a second video was screened.

This six-minute video, titled “ASL Core Values,” included short interviews with students in grades K-12, faculty from each division of the school and administrators. The video was targeted at prospective investors as the school seeks financial backing to its new initiative: New Frontiers. This initiative seeks donations to the endowment for the development of the new art and science buildings, as well as the swimming pool.

The interviewees discussed their favorite things about the school, as well as what the core values mean to them.

Following the screening, the student body reacted in various ways. Just over 75 percent of 115 high school students surveyed said they did not feel that the video accurately depicted their experience of ASL.

A large section of the video was devoted to discussion of the core values. “The average student may not feel as good and content with the core values as the students that appeared in this film,” Jack Jameson (’17) said.

In one segment of the video, the core values are explained to have been derived from student-faculty discussion and that the values were a decision of the entire community; this statement, though to some degree correct, undermines and disregards an editorial previously written by The Standard. The editorial in the March/April 2014 issue called for a reconfiguration of the core values to include traits that would define a student’s personality, rather than just their classroom demeanor.

While it was clear that the majority of students did not feel that the video was fair, there were some who felt the video served its purpose well. Jed Alberts (’16) believes that “it was a fair representation in that it was giving the audience what they wanted to hear but as well as that it was true.”

Student Council President Celia Mitchell (’15) agrees with Alberts to some extent. “I think if I was watching the video as someone who is not part of ASL, it would be very inspiring and motivating and I would’ve wanted to send my children to the school because it makes it sound nice,” she said.

Mitchell did feel that the video’s approach to student interviews could’ve been different, though. “As a student from this school, there were some discrepancies that made me wish they had caught students in the hallways rather than emailing students and bringing them in.”

Other students also noticed the discrepancies Mitchell describes. “If I watched the video I would be like ‘wow that’s nice’ but if I actually came to ASL it would be completely different,” Tamara Rasamny (’14) said. Students particularly highlighted these discrepancies to be related to diversity, the student response to the core values, and the fact that the video seemed scripted.

An instance highlighted by many students was a scene when Maria-Jose Nebreda (’15) said, after being instructed to do so, in the video that she was part of the robotics club, despite the fact that she is not in robotics nor has she ever participated in robotics.

This incident was explained by ASL parent Elaine Proctor-Bonbright who was one of three parents working alongside the administration to create the video. “On the day we were filming both HS and MS robotics teams were on trips. Rather than lose all mention of the program I asked Nebreda [who we were interviewing for the Diversity film] if she would mind mentioning robotics,” she said. “She improvised something along the lines of; ‘I’m part of the robotics team at school’ which the editor included in the first edit.”

Following Nebreda’s comment’s inclusion in the first edit, Proctor-Bonbright and the other filmmakers felt that the comment was disingenuous as Nebreda is not part of the robotics program. A decision was made to edit the clip so only the word “robotics” was audible, but what happened next could not be accounted for; due to human error, the incorrect draft of the video was shown to the students – the draft included Nebreda’s full comment.

Many students noticed that the diversity portrayed in the video was not consistent with the school’s community. Rowan Yearley (’16) commented that the students seemed to be hand picked to participate based on their ethnicity.

LS teacher and one of the faculty coordinators of the school’s diversity initiative Jennifer Abastillas understands the cynical response to the diversity shown in the video. “I did notice that our small population of students of color are disproportionately represented in the video in the same way that they are on the website,” she said.

Abastillas also can appreciate the school’s reasoning behind including such a diverse mix of students in the video. “Now, for the promotional purposes of this video it makes sense to portray the school this way.  As a person of color, I am attracted to and would want to join a school that appear to include people who looked like me,” she said. “So, if we want more students and families of color at ASL, we have to show that this is in fact the case, regardless of whether it is wholly truthful because we aspire to have the community this video portrays.”

Proctor-Bonbright is currently undergoing the early planning phase for a new, more complex film on diversity at ASL. “I am involved in discussions about perhaps making a more complex film about the challenges of increasing diversity of all kinds at the school which would reflect more of the feeling of the student body particularly in the high school,” she said. “It is an issue that concerns me profoundly. The film is in the early planning stage but I hope it will be used to encourage a brave and frank look at what more needs to be done to help the school become more inclusive and diverse.”

As one of the principal filmmakers, Proctor-Bonbright refutes Schneider’s comment. “The film was not scripted [other than Nebreda’s robotics quote] in any way. In fact the director of the film was somewhat surprised by the depth of appreciation the students effortlessly felt for ASL,” she said.

Despite the disagreement with what was shown and discussed in the video, a largely positive perspective on the school remains. “I wish there were more people not speaking from the core value vocabulary, to get some truth to it that we all think this is a great school, but to have a more real feel towards it,” Mitchell said. “It doesn’t feel like students would say those things in real life if you just caught them in the hallway.”