ASL vs. Cobham: More Than a Rivalry 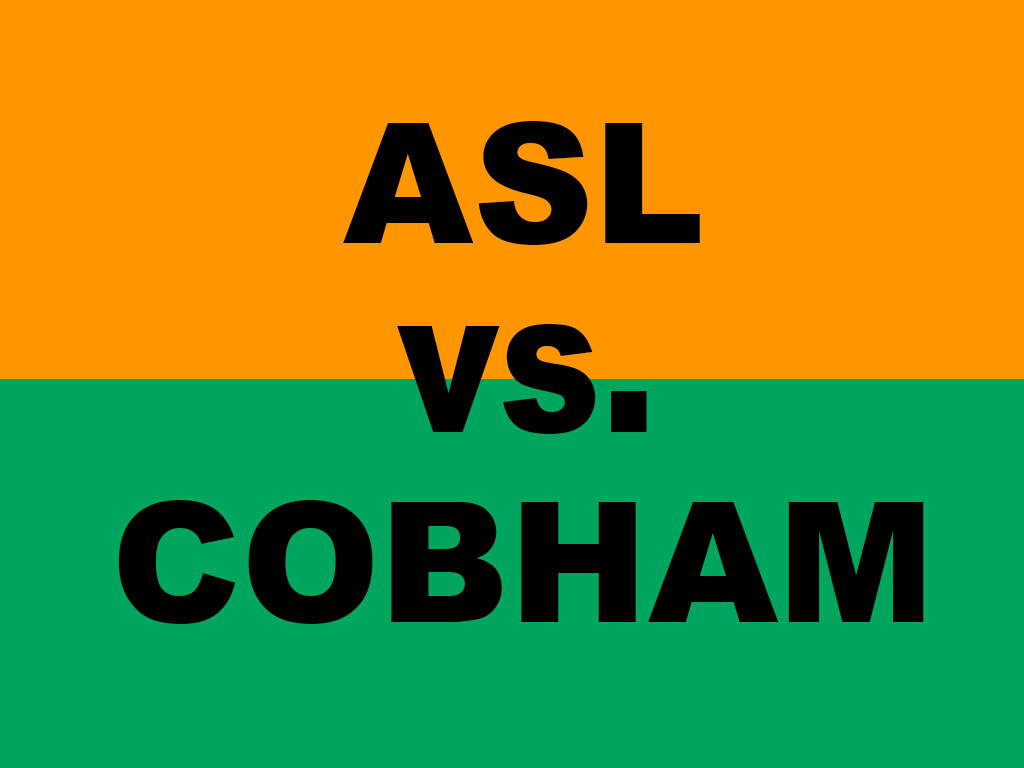 The rugby matches that pit ASL and ACS Cobham against each other have been close and intense all season.  Both victories were separated by a combined margin of six points, with ASL winning the first match 14-10 at Canons Park and narrowly securing the second 14-12 at Allianz Park, the official arena of Saracens F.C. The third and final game against Cobham was the ISSTs final, where Cobham was once again victorious.

No matter the teams’ seasonal record or their placement in the previous year’s ISSTs, the matchups that put ASL’s rugby Pirates against Cobham have been games to remember.

“I came into school only to watch the clock,” Andrew Noorani (’16) said about his night of preparation before ASL’s first matchup with the archrival on October 8. “I didn’t fall asleep until 4 a.m.,” he said.  His mental preparation paid off in the match, where he scored the first try of the game late in the second half, which helped lead the team to a victory over their longstanding rivals.

While the beginning of the ASL-Cobham rugby rivalry remains unclear, both programs have vast histories in the sport.

ASL rugby has won ISSTs seven times since 1978, which is the second most among all other ISST teams since then, second only to the British School in Brussels’ 11 wins.

Overall, ASL and Cobham account for 50 percent of the ISST victors in the last ten years. Both teams have emerged as threats for ISST gold every year they have competed.

Tristan Burke (’15), current co-captain of the rugby team, said that “games against Cobham have a level of intensity and ferocity that our other games don’t ever quite match.”

The “intensity” that Burke refers to has been prevalent in the rivalry for a long time. Devin Risinger (’10), a member of the Pirates championship team in 2008 and older brother of former co-captain Thomas Risinger (’14) said, “ASL vs. Cobham was always a big one in my day. We didn’t like them then and I don’t like them now.”

Former captain and longtime varsity starter Paul Rozenbroek (’14)  remembers the aggression and hatred that is often felt between the two schools. “The moment the start whistle blows against Cobham, the entire atmosphere changes, the game turns into a match, the fight turns into a battle. It’s mayhem. It’s a rivalry the likes of which I haven’t experienced in a club, university or county level,” he said.

When playing against Cobham, Noorani said he always play like his life depends on it.

Games against Cobham aren’t just battles in the rugby player’s minds, though. They are also platforms to perform. PT Clement (’16), a winger who has provided two tries against Cobham in three games this season, said “there is a lot of pressure when you play Cobham. You know that the mistakes will be harshly judged and that the good things will be highly rewarded.”

Burke agrees with Clement on the pressure of Cobham games.  The thought of losing to Cobham in Burke’s mind?  “Unacceptable.”

The rivalry between ASL and Cobham expands to more than solely rugby.  The basketball programs have clashed in the past and continue to do so.

Small forward Nick Muoio (’16) sees games against Cobham as “must win” matches. His passion for the rivalry stems from a game he played in in his freshman season in 2013. He recalls “when shaking their players’ hands one of them went to me and said, ‘better luck next year.’ That specific moment has angered me ever since, and now I put all my effort and emotion into those games.”

Cobham’s boys team went on to win the ISSTs that year. ASL boys’ basketball last championship run came in 1993. ASL girls have had much more success since ‘93, winning seven championships.

Will Sayre (’17), currently on the varsity boys basketball team, says he has always heard of the Cobham rivalry, even before he started attending ASL. “I’ve only been here two years, but when I first visited three years ago, I remember seeing on all the lockers everything about Cobham, and I didn’t know what Cobham was, but that was the first school I heard about and I knew there was a history that went back.”

The girls basketball team has gone back and forth against Cobham this season, losing twice and winning once. Their first loss came in their first game of the season, and then their second came on February 25th off of a buzzer-beater. Their victory came on spirit day at home.

Cobham has been ASL’s division 1 neighbor in both basketball and rugby for a long time, and the teams have had time to get comfortable with each other.

Riley Evans (’17), a current point guard on the varsity girls basketball team, believes games against Cobham brings a high energy for both the players and the fans. She also says that she doesn’t see the ferocity and tension in games against other teams besides Cobham.

Everything matters, from hustle plays to free throws, in games against Cobham for Caroline Dibble (’16). “When I go after a loose ball, I know it will be a hard fight against a Cobham girl and that neither of us will let go of it,” Dibble said.

James Callaway (’15), co-captain of varsity boys basketball, echoed Dibble’s observations of the intensity.“Everyone gets really excited when we play Cobham because everyone will be playing all out and they won’t reserve anything, and that’s when people usually play their best,” Callaway said.

While Callaway thinks the rivalry between ASL and Cobham brings out the best in players, he also feels that the pressure is massive, and sometimes crippling, when playing against Cobham.

“There are also some times when there is so much pressure that neither teams play their best and we both end up playing terrible.”This pressure roots from the distaste between the two schools when it comes to sports and the ideas and perceptions of each they have. Sayre feels that Cobham thinks of ASL as snobby, central city kids. Callaway agrees with him, saying “ [Cobham kids] think that kids at ASL think of themselves as better or higher.”

Starting point guard Dibble also has noticed the demeanor of the Cobham players. “They are playing not only to win, but to beat ASL.”

The feeling is undoubtedly mutual. Evans said “there’s the idea that they are Cobham and, because of that, we need to beat them.”