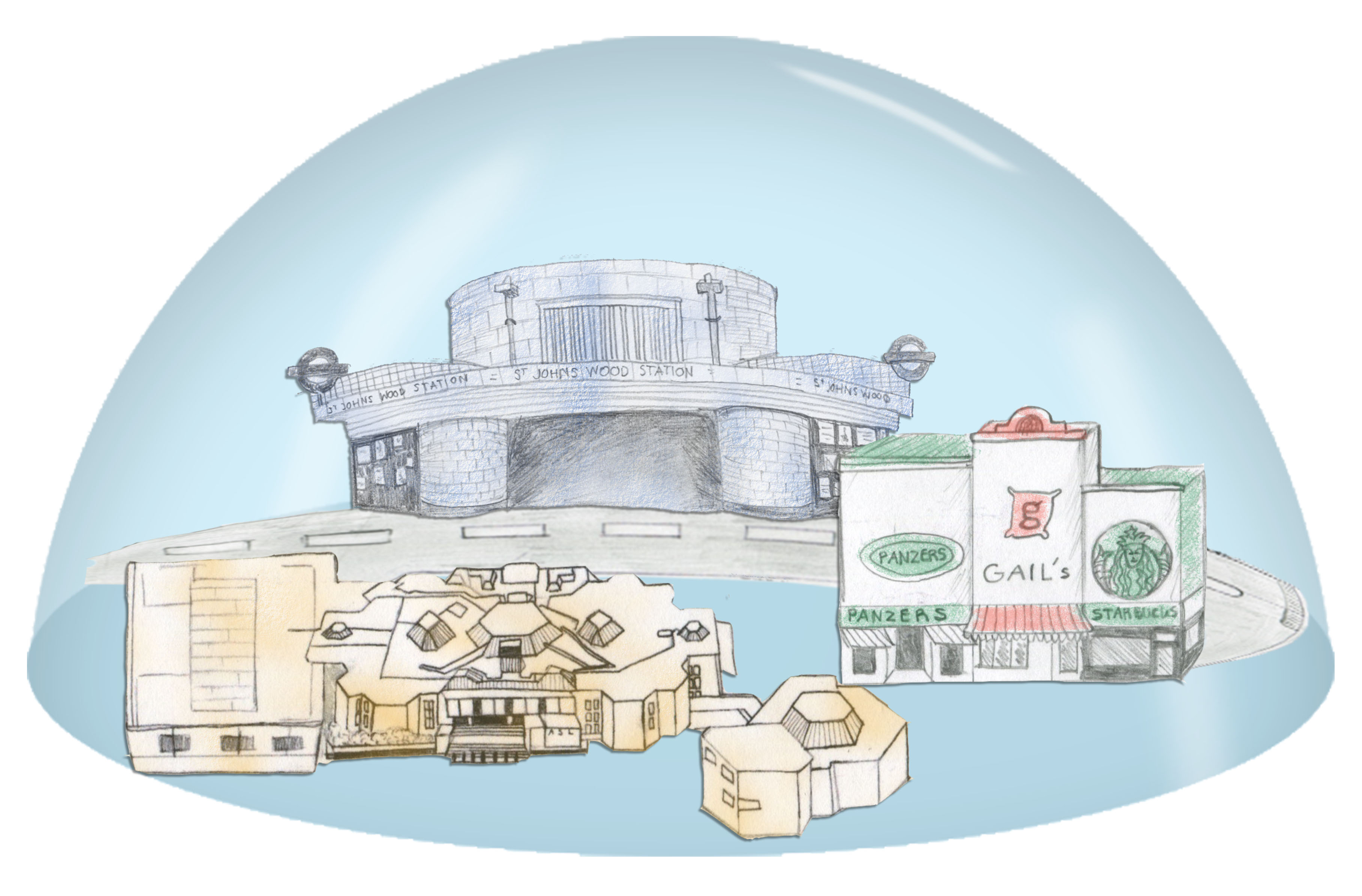 Living in the Australian bush for a school year,  Spencer Symonds (’17) had no running water, no electricity and no electronics, not even a mobile phone. Mandatory weekend hikes and 5:30 a.m. wake up calls were part of Symonds’ year long experience at Geelong Grammar School (GGS) in Australia.

This created a stark contrast between his life at ASL, and his new life in Australia. Attending GGS enabled Symonds to leave his London community for a year and experience a completely different one. “I left ASL only knowing ASL, and I went to a school that was probably the most different thing I could find.”

Having been at the school since Grade 3, he was ready for a change. “I wanted to try something new, a change of scenery,” Symonds said.

Symonds has always been aware of the existence of “the bubble” surrounding ASL. This term is used to define the closed off community surrounding ASL from the rest of London. “Definitely there is a bubble,” Symonds said. “That’s not a bad thing at all, it’s naturally going to happen.”

Symonds has found that the notion of this bubble is driven by the majority of his friends attended ASL. “The mentality here is we’re living in a bubble of suburban America in London, and you’re here for however long you’re here, and then you’ll probably move back to America, go to college in America,” Symonds said. “It’s why the social aspect of ASL looks the way it does.”

Although not as strikingly different to ASL, the environment at Phillips Academy in Andover helped Alessandro Baravalle (’17) gain a different perspective and a newfound sense of freedom. This was due to not only the boarding school environment, but also because Baravalle was able to escape the bubble. “I managed to develop a lot of independence and confidence in myself that I previously did not have,” he said.

Janna Khalaf (’16) also has experiences at a school outside of ASL. She moved to ASL to start Grade 9 from HER SCHOOL. Khalaf’s previous school was all-girls, and she describes their social setting as being a web of multiple boys and girls schools. In coming to ASL, Khalaf has found herself become consumed with events and the social setting immediately inside the ASL community. She no longer feels that she is part of this web of students from many different schools.

Khalaf has seen a sense of comfort caused by the bubble, but has found it to have negative effects. “I think it can be bad because life is all about the people you know and the connections you make,” Khalaf said. “When people turn down opportunities to make new friends…[and] connections, it’s not really helping them.”

Although Khalaf believes the bubble forces students to stay within their comfort zones, she does not believe it is intentional. “[People have] become comforaable with just being with ASL people, and so their whole social life surrounds ASL,” Khalaf said. “So branching out is different, it’s new, sometimes scary or uncomfortable, so they stick to what they know.”

Since coming to ASL, Khalaf has seen herself become immersed in the bubble, even losing contact with outside of school friends. She feels that “it’s hard to make time for other friends” when she’s with her ASL friends both in and out of school.

Symonds credits this to the differences between the American and British communities, such as with holidays, ways of teaching, as well as preparation for college. “Because you’re on such a different schedule [to the British system]… it’s just completely, completely different, and I think that’s why there is probably a divide between ASL and the other kind of schools in London.”

Because the effects of the bubble can vary individually, Symonds is unable to characterize it as either good or bad. “Many people enjoy the close community of ASL,” Symonds said. “However, I imagine others might not feel this way due to the limiting community our school provides.”

Whether the tightness of the ASL community is a negative or positive aspect, Symonds believes its existence is inevitable. “I think naturally being the American School in London there’s going to be some sort of bubble.”
Living Outside the Bubble
This sentiment is part of the reason why Bake chose to take time away from the ASL community. She feels that she wouldn’t be able to replicate her SYA experience at ASL because “you are not allowing yourself to become immersed in the culture” while at ASL.

Despite the ability of the bubble to limit ASL students’ perspectives, Grace feels that ASL is attempting to lessen the disparity between ASL and the outside London community. She cites the joint QK-ASL programs and community service partnerships as examples of ASL reaching out the community.

“Unfortunately, it is harder to go meet people who are not from ASL if you don’t have connections,” Bake said. “But hopefully with time, people outside of ASL will start to integrate into the ASL community and vise versa.”