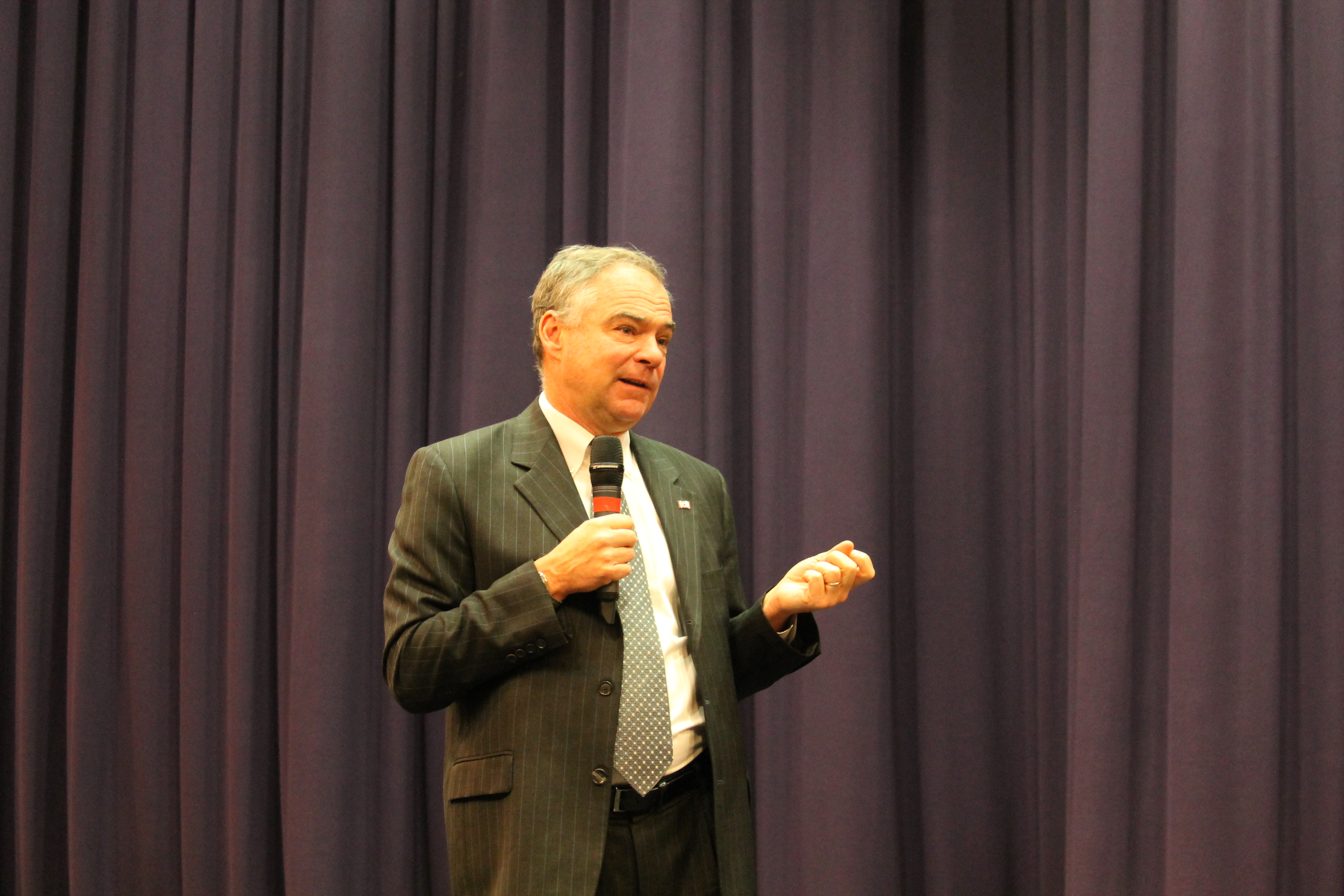 On 12 October, Virginia Senator Tim Kaine spoke about his experiences in public office and fielded questions from a high school audience during a conference time assembly. Kaine, who was elected as Senator in 2012, was asked to speak by the mother of Sophie Clark (’16), and agreed to travel to ASL during the Senate’s current week of recess.

A member of the Democratic party in the United States of America, Kaine spoke about his journey to becoming a public official – which has taken him from the mountains of Honduras, to his local city council, to Capitol Hill – and his current senate duties including the armed forces, budget and foreign relations committees.

During his prelude, Kaine spoke mostly about his motivations in pursuing politics. His mantra? “Be a giver. You always have something or some way that you can help and giving is the pinnacle of humanity,” he said.

When he opened the floor for questions, Kaine used simple but sophisticated explanations to talk about a myriad of issues.

His talking points included the Trans-Pacific Partnership, corporate taxation, campaign laws, partisanship – drawing a few laughs with the line “More gets done across the aisle than you are aware of, but if it happens, you don’t hear about it because it isn’t newsworthy” – and finally, a favorite of the high school crowd, the special relationship between the U.S. and the U.K..