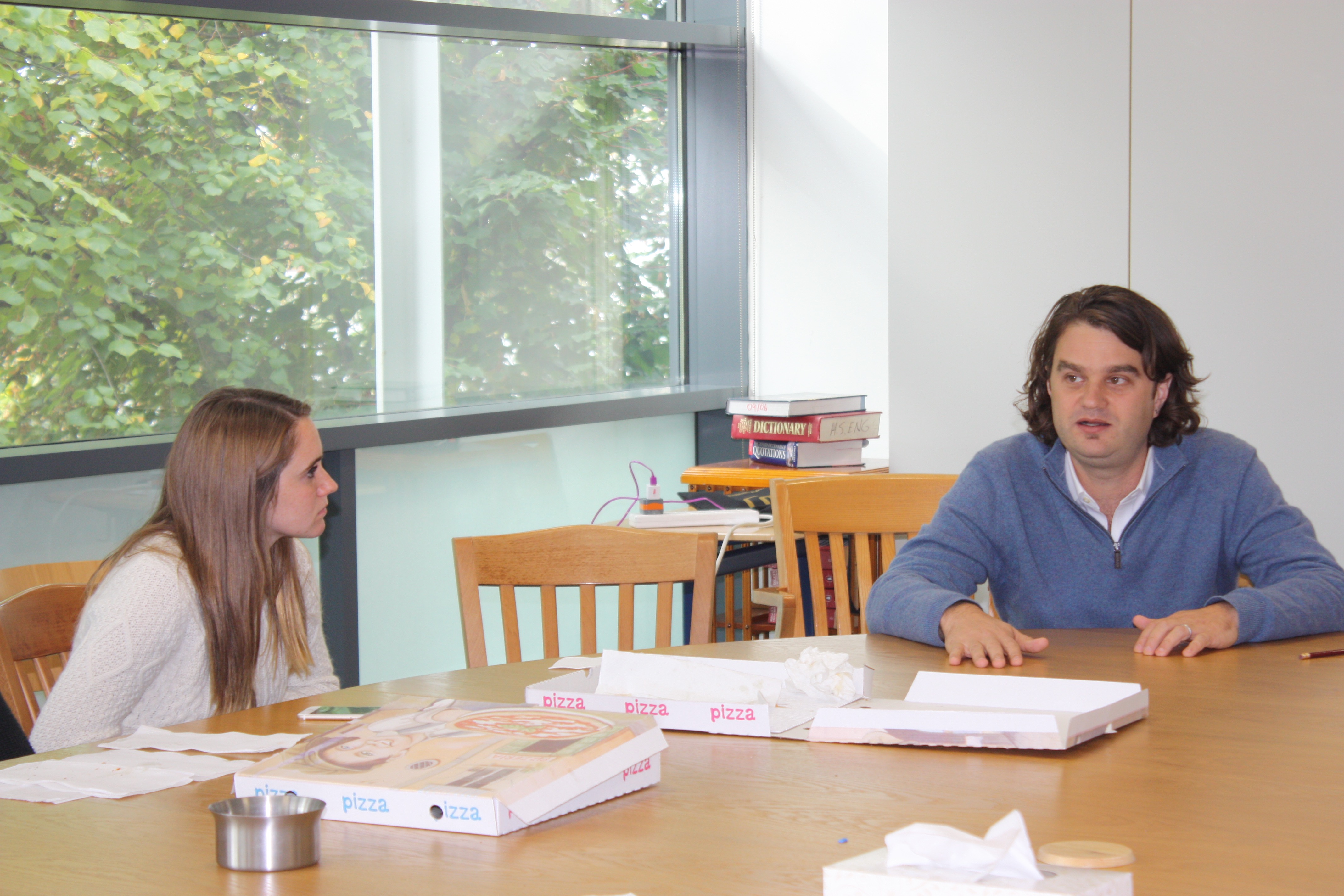 In his senior year, Jacob Lief  (’94) attended an ASL-sponsored trip to South Africa that changed his life forever.

Given free time to wander the streets of a township only just liberated from apartheid, Lief crossed paths with an elderly South African woman. She explained without any prompting, “I just waited 30 hours to cast my ballot.” Without thinking, Lief responded, “I don’t understand, how can you wait 30 hours?” and she said back to him, “No, you don’t understand, I have waited 85 years.”

After that, Lief knew he wanted to become part of the demographically transitioning South Africa.

On October 13, Lief, the founder and CEO of the Ubuntu Education Fund, visited ASL to speak and answer questions in AP Human Geography, Race and Culture classes and after school in a Speakers Series event.

Having attended ASL for high school, Lief recalled how his experience here molded his passion for charitable institution. “I think most importantly, what influenced me at ASL was the diverse student voice base,” he said. “We had 57 countries represented in the High School and the teachers exposed us to different ways of thinking.”

While in university, Lief spent six months living with a family in South Africa where he observed millions of philanthropic dollars pouring into the post–apartheid country. While this money was reaching hundreds of thousands, even millions of people, Lief was skeptical that it could actually have any significant impact. “It’s like putting a Band–Aid on an ax wound. It’s not going to work.It’s almost criminal to see this approach and I started to realize how did I get to a top university in America, how much was invested in me?” he said.

Thus, the premise of the Ubuntu Education Fund, the notion of “helping [to] raise township children by providing them with what all children deserve – everything,” was born. “I wanted to take the kids who have been raped or who have lost their parents, the bottom of the bottom and prove that if we invested in them – the same way someone invested in me –  they would make it out,” Lief said.

Lief was particularly persuaded by the Ubuntu Education Fund Model the night he drove home a South African child during a storm.

“One day there was a huge storm and this boy asked if I would drive him home and I said, ‘Of course’,”  Leif said. “I dropped him off and he said, ‘Do you want to come see my home?’ and so I went in this dark shack, water dripping through the roof, a nasty mattress on the ground, one bowl in the corner and I said, ‘Oh, where is your family?’ and he told me, ‘I live here on my own’.” The boy was only 13 years old. And that was 17 years ago.

Since then, the Ubuntu Education Fund has grown dramatically and Lief does not plan on slowing development any time soon. “Over the next five years we are going to grow our campus into a continued state of the art education campus,” he said. We are going to “figure out how to leverage, not scale our model, and that means for us building an institute where we train young early stage ventures and help them develop community institutions in the same mold as us.”

One of the greatest challenges Lief experiences in philanthropic work is the unrealistic expectations placed on organizations to succeed. “I always say if everyone was doing half of what they say they were doing there would be no poverty in the world,” Lief said. “It speaks to this need to just market pure successes no matter how ridiculous they may be.”

Lief believes the process of acquiring funds for charitable organizations has essentially become theatrics. “We exist on these 12 month grant cycles where they give you a grant and they expect you to create miracles and if you don’t you lose your funding, so what do you do? You manipulate your data,” he said.

Lief believes the relationship between donors and organizations needs to be one where failure can exist in order to yield the best results for those in need.

Children who are a part of the Ubuntu Education Fund tend to end up on one of two paths. When the children turn 16-17, they are either put in a university track, which is usually about 10-20 kids a year, or put on a vocational training camp track, where they put about 100 kids a year. “Whatever [the path] might be, at the end of the day it’s about being healthy, taking home an income, supporting your family and being a citizen,” Lief said.