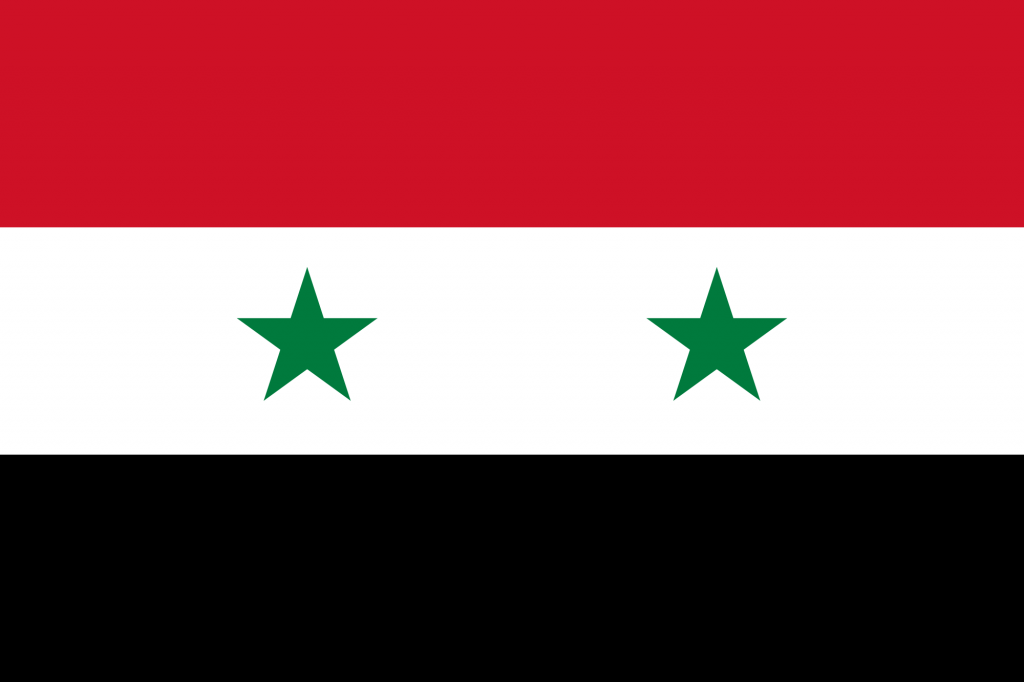 The uprisings for democracy that began in 2011 across the Middle East ignited a civil war in Syria. Many of Syria’s citizens are calling for the resignation of President Bashar al-Assad, son of former President Hafez al-Assad.

According to the United Nations Refugee Agency (UNHCR), over 3 million Syrians have left the country since the outbreak of the war in 2011, and have fled to neighboring countries such as Lebanon, Jordan, Turkey and Iraq. Six million Syrians have been displaced within Syria and it is estimated by the New York Times that 250,000 Syrians have died in the conflict since 2011.

The political instability in Syria has also allowed for the Islamic State (IS) to capture parts of the country. In March 2013, the Syrian city Raqqa fell under IS control and now serves as the self-proclaimed capital of IS.

While the U.S. has been conducting airstrikes in Syria since September 2014, it has avoided areas that could aid Assad’s regime against rebel groups. On September 30, Russia began carrying out air and missile strikes in Syria against IS.

However, there are questions regarding the true intentions of Russia’s airstrikes. Russia’s strikes have targeted areas such as the town of Talbiseh, a stronghold that is against the regime of Syrian President Bashar al-Assad. Senator John McCain has also confirmed that Russian air strikes have targeted the Free Syrian Army, a U.S.-backed rebel group.

There has been an historical alliance between Russia and Syria. Since the early 1970s, Russia has held a naval base in Tartus, 150 miles away from the Syrian capital city of Damascus.

The relationship between Syria and Russia has continued to evolve since the Soviet-era days. Following the beginning of the Arab Spring in 2011, Russia has been a strong political ally to Syria’s government.

On September 11, 2013, Russian President Vladimir Putin wrote an Op-Ed piece for the New York Times. In the piece, he condemned President Barack Obama’s White House address from the previous day where he had requested Congress to begin airstrikes in the region if it was confirmed that Assad had used chemical weapons against the Syrian population.

After Russia began carrying out air and missile strikes in Syria, Assad flew to Moscow on October 20 to meet with President Vladimir Putin. This was the first time Assad had left Syria since the beginning of the civil war. Many news outlets saw his trip to Russia as a sign of Assad’s growing confidence.

On October 28, Iran, an ally of the Assad regime, accepted an invitation to meet in Vienna on October 30 for talks on finding a solution to the civil war in Syria. This also highlights a shift in U.S. foreign policy toward the Syrian crisis as Russia’s presence has strengthened in the region and as a result of the Iran Nuclear Deal with the U.S.

From Social Studies Teacher Terry Gladis’ perspective, there is no easy answer on how to combat IS strongholds in Syria. Gladis partly attributes this difficulty to the intelligence of IS. “They are methodical, they are savvy, they’re extremely wealthy. I look at high school kids in this day and age and they’re unbelievable with social media. Multiply that by 20 and you have IS,” he said.

Likewise, Gladis believes that when IS takes control of a town, they often replace a government that does not take care of its population. “They’re actually getting a lot of those people to support them because they run [their strongholds] like a government; they’re collecting state taxes, they’re giving healthcare,” Gladis said. “It’s their ideology and the reaction of the people that they’re taking over in many ways has been positive; that’s a tough thing to fight against.”

Gladis believes one way to fight IS in the Middle East is to allow them to weaken themselves. “My best option would be that they discredit themselves over time,” he said.

The intricacies of past U.S. foreign relations in the Middle East also provide a roadblock for more of a committed handling of IS in the region. Prior U.S. involvement in the Middle East includes the unpopular invasion of Iraq and the recent alliance with the Kurdish population in Iraq, a relationship that has alienated other Middle Eastern people from trusting the U.S.

Dima Fayyad (’16), who lived in Jordan when protests in Syria first began in 2011, points to complexity of the U.S.’s foreign policies in the Middle East as a reason why Russia has the capability to take a strong military stance in Syria. “I’m not surprised that Russia is getting involved there,” Fayyad said.

Furthermore, Russia’s strong diplomatic relationship with Syria has aided Russia’s stance in Syria. “It’s  [Russia] doing the same idea of airstrikes, but Russia also has the support of the Syrian government, so it’s in a stronger position in Syria than the U.S. is,” Fayyad said. “Economically, Russia is not the best right now, and this is kind of bringing Russia back up as seeming strong by being involved in foreign relations. I think [Putin’s] relationship with Assad is definitely a big part of it because there aren’t that many countries where [Russia] has the opportunity to get involved,” she said.

Gladis agrees with Fayyad, highlighting the differences between Russian presence in Crimea and the Ukraine in the past year to its appearance in Syria. “I look at Syria as being a Russia and Putin proving ground,” he said. “I always feel like with Ukraine, Russia was totally frozen out; there were sanctions put on them. But now they’re like, ‘You know what, we’re not sequestered anymore, we’re coming back in’ they’re saying they’re knocking out IS.”

Despite Russia’s assertions that their military is targeting IS posts in Syria and not supporting Assad’s regime by carrying out airstrikes in rebel parts of Syria, Fayyad still questions Putin’s motives. “I’m obviously concerned because [Putin is] helping Assad’s regime, which is the regime that’s causing the most violence and most deaths in the region so far. It’s the root of the problem,” she said. “I know that Russia is fighting against IS, but they’re still with Assad.”