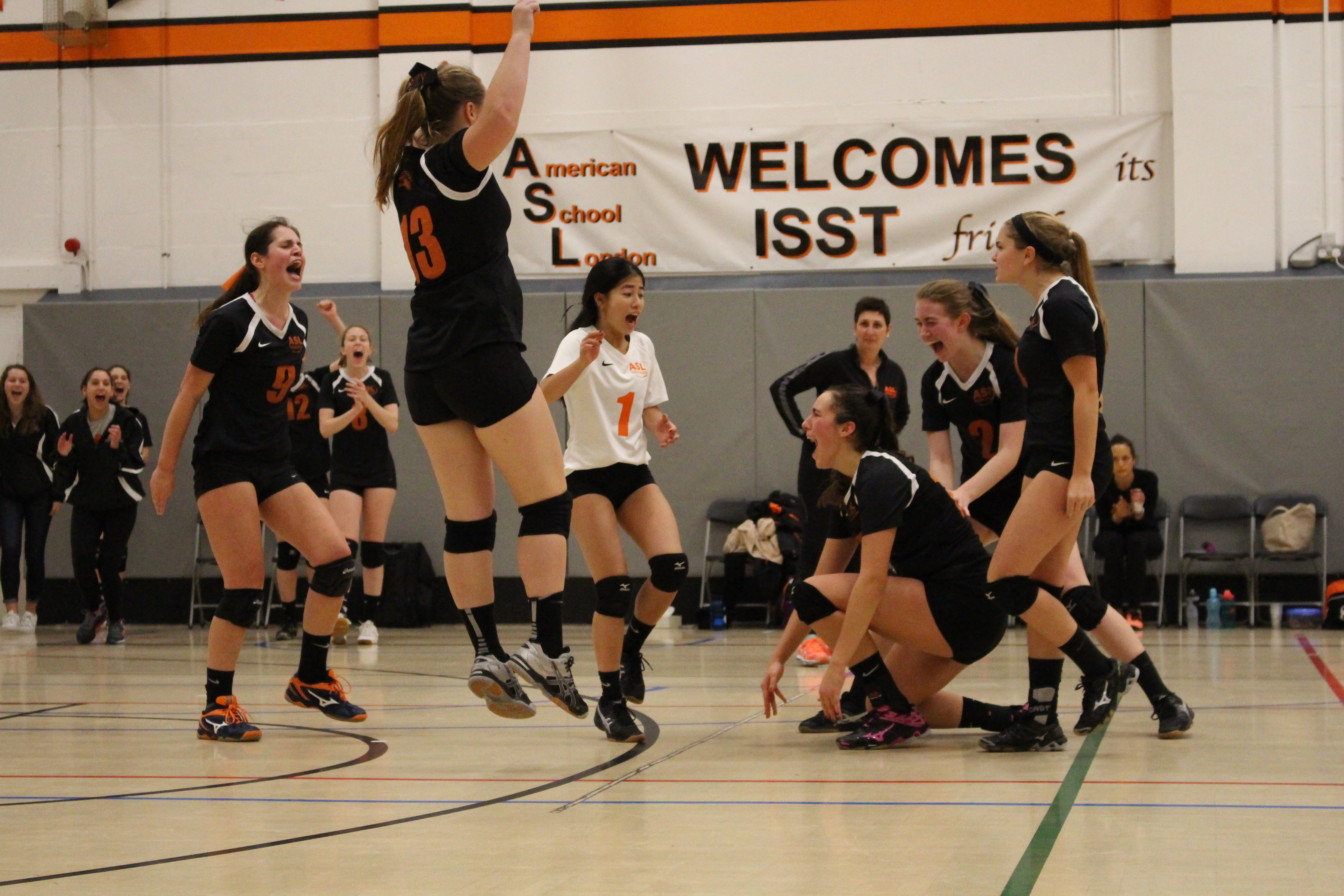 Varsity girls volleyball started ISSTs by beating TASIS and Cairo American College (CAC) 2-0, prior to losing 2-0 to the American School of the Hague (ASH). They rebounded from that defeat, winning four consecutive matches without dropping a set. That strong play brought them back to play ASH, a rematch between varsity girls volleyball and the only team to have beaten them.

Having lost previously, Livy Scott (’17) knew ASH posed a physiological threat, not to mention their talent on the court. “The team knew we could do it if we really gave it our all, but we had to all come to terms with the loss,” she said.

That scoreline would be cut in half as ASH fought back to seize a set, while also looking superior in the fourth set. That dominance would not last as a late rally from the team would claim their first division I ISSTs title since 1998, all of this in front of their home crowd.

Using home court to their advantage, Scott believes that the fans played a big role in the games with the enthusiasm and strength in numbers shown by home fans. “All of our players really stepped up in a big way by using the crowd and letting their enthusiasm bring us up on those tight points when we really needed them. We are super thankful for everyone who came and supported because it really made a huge difference,” Scott said.

The student body and faculty were out in full support as varsity girls volleyball played ZIS in ISSTs. pic.twitter.com/Avu9vEtf8z

Citing motivations, Scott believes “using the past to bring us to where we are today” was a big influencer during the tournament. Going into the tournament there was also a desire to “prove to the school and ourselves that we always deserved to be there [in division I].”

Captaining the team, Steele’s rally cry of “‘the phone is ringing, answer it!’” helped unite the team further, with Scott saying that “we just wanted to leave it all out on the court.”

With three seniors set to depart, Scott believes that “they all will really be missed, but what they have built within this team will carry on with the rest of us and we will strive to embody the characters they have instilled in us that make us the team we are.”