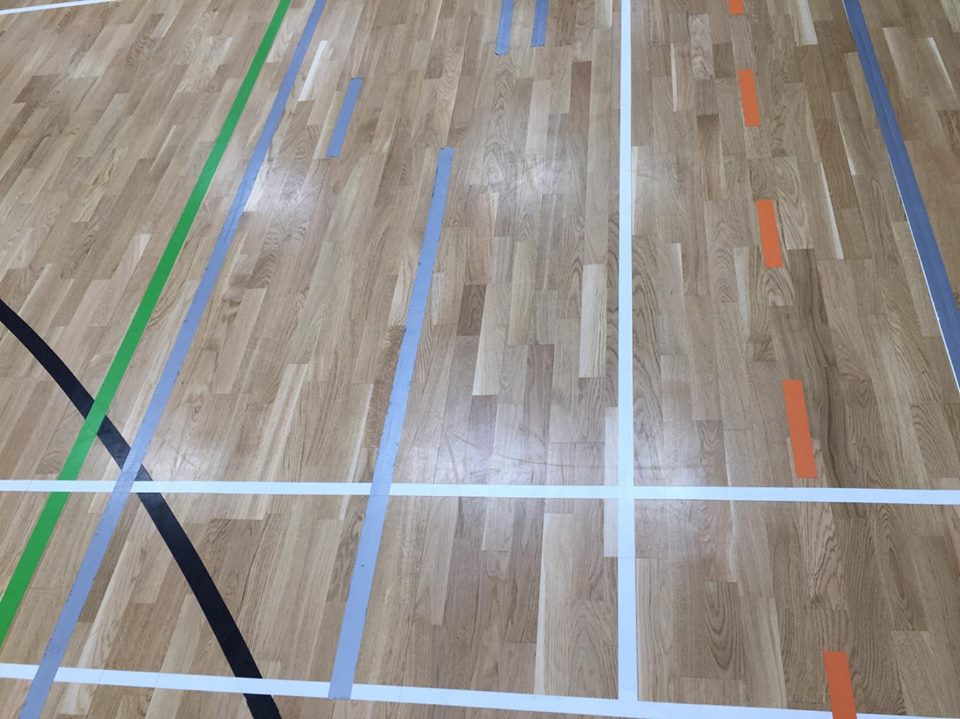 For the second time in as many years, the floor of the Blue Gym must be replaced during the summer. The restoration will cost between £30,000 to £40,000, Facilities Manager Kevin Moffat said.

When replacing the floor, the Facilities and Maintenance departments will assess any damage and will address as necessary.

Microscopic movements of the building fractured the waterproof barrier underneath the Blue Gym, allowing water to seep into the wooden panels of the floor. This occurred over February break.

The water leaks caused two main problems. Firstly, four to five millimeter gaps formed in the floor on the left side of the Blue Gym. On February 19, duct tape was used to cover the gaps. The duct tape prevents anyone from catching their toes or feet in the gaps, as well as tripping from the split planks.

Additionally, the water seepage forced some wooden planks to swell. As a result, parts of the floor, especially on the furthest side of the Blue Gym, are uneven. PE Teacher Gwenndolyn Williams, along with other PE teachers, first noticed the damage, marking the area with a large “X.”

The leaking water is not the first issue since the New Frontiers construction project began. Overnight on September 18, 2014, the Blue Gym flooded due to excessive rainfall that overwhelmed water pipes, causing them to burst. On August 26, 2015, a noticeable amount of water leaked down the side of the Blue Gym closest to Waverley Park (the new playground). After winter break, Williams and the rest of the department noticed the wooden floorboard rise from the blue laminate-type surface, which is the first part of the blue gym.

A key reason for the damage, Operations Manager Cosmo Murphy said, is that the Blue Gym lies in the deepest part of the school. Murphy suspects water will continue to permeate in the Blue Gym because of this.

To prevent future issues, the Facilities and Maintenance departments injected resin on the side of the Blue Gym with a scoreboard. Resin should prevent water on that side from filtering to the floor.

Moffat asserts that the construction of the new art and aquatics building “has definitely influenced a number of these little problems.”

Although the construction impacted these issues in varying ways, the completion of the construction will not resolve all of the difficulties. “I have no idea where the next little Blue Gym issue is going to come from. I can’t predict where it could be,” Moffat said.

Despite these issues, the Blue Gym remains in use.