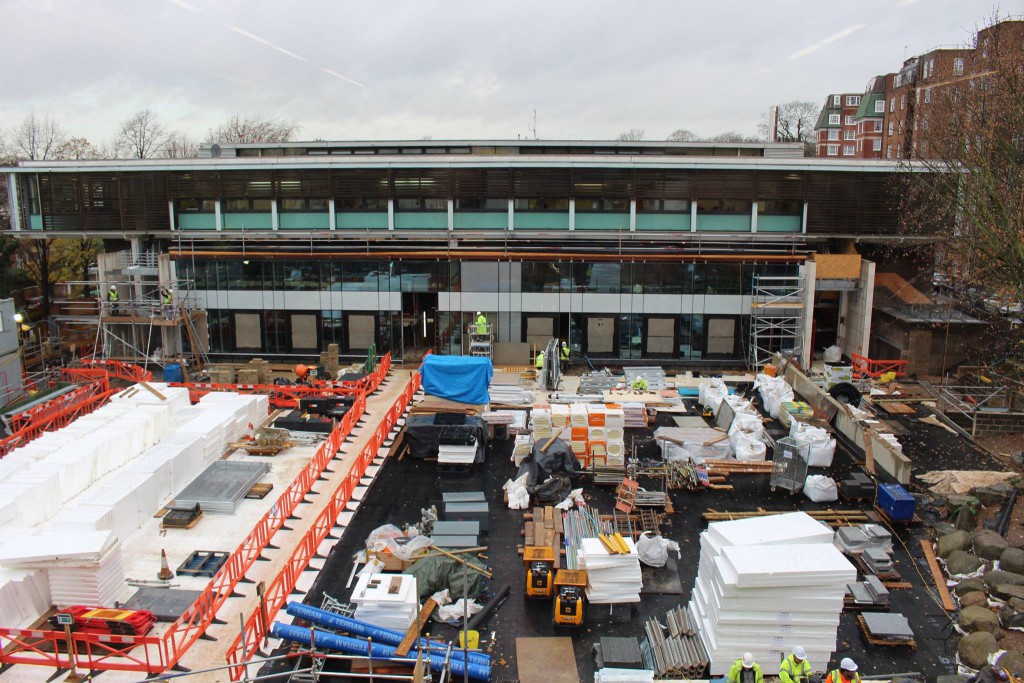 With a new pool comes new opportunities for the entire swim program, namely better practices, more meets and a plan to host swimming ISSTs in the 2018-2019 school year.

Currently, the High School swim team struggles with quantity of competition. The team practices either at Swiss Cottage Leisure Center or Kentish Town Sports Center. As public pools, the lanes must be rented for practices and this season Swiss Cottage Leisure Center leases four lanes or less per practice, while Kentish Town Sports Center only leases one lane.

Practices this season have been limited to one hour and, after warming up Ana Salitan (’16) feels the time shrink. “It doesn’t feel like you’re getting the full workout some days,” she said.

Without a pool in previous seasons, receiving invitations for meets proved problematic for Athletics Director John Farmer given an inability to host schools for future swim meets. “We don’t have any bargaining chips. We’re really at the mercy of whoever wants to invite us,” Farmer said.

Although the program consistently lands on ACS Cobham’s guest list for meets, spaces at different schools are harder to acquire.

Scheduled for two meets this season, both at ACS Cobham, Farmer secured a third meet at the British School in Brussels (BSB), though he labeled the program’s presence in the meet a “forced invitation.”

No housing was available for the meet, which meant participating members departed for Brussels at 7:30 a.m. on January 23, competed throughout the day and returned to school at 9:30 p.m. Exhaustion overwhelmed Jonah Larson (’17), who felt he raced best in his first round and struggled afterwards. “As it went on I just got so tired that I just stopped… I sort of let it go almost because I knew I couldn’t swim my best,” he said.

A further inconvenience for the team was that the meet transpired the same day as a SAT testing day, preventing several swimmers from attending the meet. Given the limited options to compete, the interference could not be avoided. “Beggars can’t be choosers. We had to push our way in and, yes, it’s really unfortunate that it’s going to conflict for some of our students, but there’s no other choice,” Farmer said.

Conflicting and sporadic competitions limits opportunities for swimmers like Larson to evaluate himself ahead of ISSTs. “If you have three meets in a year and you have one bad race, you can’t really judge yourself because you just don’t have enough swims to know you’re actual times,” he said.

Assistant Head Coach Lindsey Schubert believes once the New Frontiers pool is completed, it will resolve these troubles. “We hope with having our own facility that we’re going to have more control over the season,” Schubert said.

ASL is projected to host ISSTs in 2019, but requires further confirmation from the ISST committee. “By virtue of the fact that we’re building a pool, it’s expected that we’re going to do our part to contribute to the ISST hosting responsibility,” Farmer said.

The administration guaranteed Farmer that the swim program will hold priority for pool space during their season, which will increase the flexibility of practices. “The kids who are really good will be able to improve their swimming quite a lot and really get a good workout, and the people who need more stroke help will actually be able to have the space for them to do what they need to do,” Schubert said.

The money spent on transport and renting lanes at public pools for practice will be removed from the Athletics Department budget, which Director of Finance Christopher Almond estimates to be £24,000.

Outside of ISSTs, ASL will host other meets. Farmer feels hosting meets will likely result in invitations to participate in meets that the program has not recently received from other schools.

Salitan believes increased competition will raise the team’s intensity throughout the season. “By having more meets, it will inspire the team to work even harder because if you have something that you’re working towards every week or every other week – having that to look forward to and stay in shape for will definitely help the swimmers take it more seriously and want to perform at their best,” Salitan said.

Skills developed specifically at meets, such as race starts and preparing for pressure, will progress with more competition. “You can’t really replicate [those skills] outside of meet situations. The more that you do it, the more that it becomes second nature and the less super high-stakes it feels when you go to something like ISSTs,” Schubert said.

Ultimately, practicing at school and the potential for more meets including ISSTs will develop the possibilities of the program. “I think it’s going to be a new day in the program,” Farmer said.