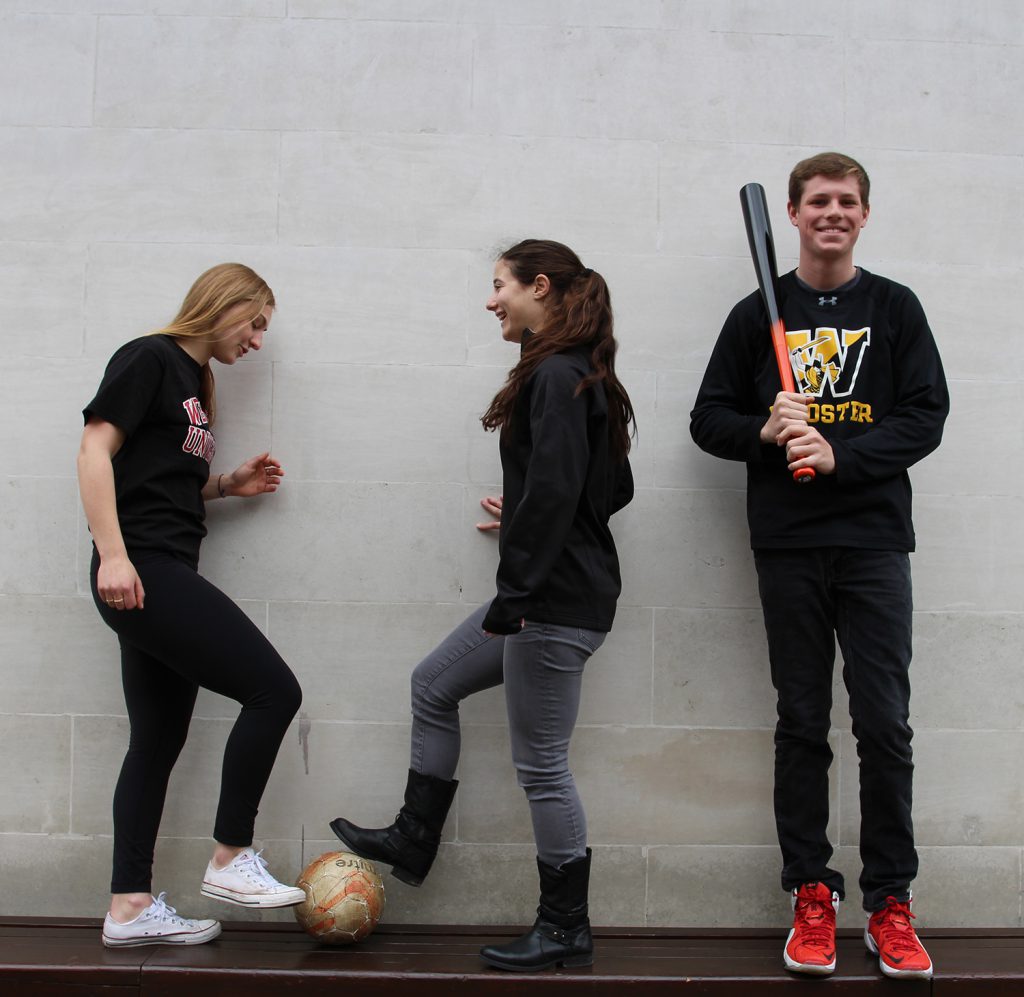 For most high school students, the summer provides some respite from the academic year, offering time to reflect on the past and shift one’s focus ahead to the future.

For aspiring athletes hoping to be recruited, the summer is a time-consuming period fraught with practice, dedicated toward honing technical and physical characteristics of the sport.

Ryan Farrell (’16) was recruited to play baseball at Wooster College. Whilst playing baseball in both the U.K and the U.S., Farrell has had to sacrifice countless days to achieve this feat, whether that be to meet coaches, create videos that display his skills, or play the sport itself. “A lot of my summer is spent playing baseball, and traveling for baseball as you have to meet the coaches, but I love it,” he said.

Wesleyan University recruited Elizabeth Vann (’16) to play soccer, and she believes that the environment of the college recruitment camps are vicious. Sports based on teamwork become individualized as students want to showcase their personal abilities. “Don’t get disheartened by the camps, they are very brutal environments. No one wants to pass because everyone is out to show their skills,” she said.

With all the hardships taken into consideration, playing sports in college is a dream of many student athletes. Vann feels that even though it is extremely difficult to get recruited for college athletics, the prospect of playing in college makes it worth the strenuous effort. “Sports have been a really big part of my life, and especially my high school career, so I wanted to continue that into college,” she said.

The aspect of living in a country outside of the U.S. alters the recruitment process immensely. British and American styles of soccer differ greatly, making the transition to the U.S. a challenging one. “It’s harder being in London because you don’t have a lot of exposure [to US soccer], so it’s hard to get a sense of the skill level of everyone in the states,” Vann said.

Varsity Boys Baseball Coach Terry Gladis has worked closely with several recruited athletes at ASL. Farrell attributes his recruitment success down to Gladis’ assistance. “[He] knows so many coaches, and helped me out with making my videos and staying in touch with coaches,” he said.

Gladis doesn’t help every player with the recruitment process. He believes that certain individuals capable of participating in college athletics possess specific qualities that set them apart from others. “First of all, they need raw ability,” he said. “Secondly, an athlete has to have a solid grasp of the sport they’re playing. For example, someone playing baseball needs that baseball IQ. Also, they need room for growth, and improvement.”

Several recruited athletes know that they will be playing in college during and even before their season. Knowing this alters athletes’ attitudes during their final seasons at ASL, and Gladis believes this shift in perspective is a positive one. “I feel that athletes become a lot more confident. I told Ryan that he’s a player with real quality and I think he could play in college and he didn’t even believe me, and for me it’s amazing to see that boost in confidence.”

Besides college recruitment allowing Farrell to play baseball for the next four years, it offers him a built-in community. “When I visited my school [Wooster], I felt like I already had a community there. I didn’t have to worry about making friends as I already have a family waiting there for me. Knowing I have that support system is very important to me,” he said.

Lillie Atkins (’16) was recruited by Middlebury College in December and looks forward to fulfilling her long-term ambition of playing soccer at the college level.

Throughout Atkins’ athletic career she has fully embraced the importance of team camaraderie. Being a part of a team has offered her something unique. “Especially this last year at ASL, I was on a really good team and we had dance parties in the locker room,” she said. “It was just so fun and this was the experience I want continuing in the future.”

Knowing that she was going to play college soccer midway through the year, Atkins did not entirely share the sentiments of her teammates, as most will not continue playing in college. For her, it wasn’t saying goodbye to the sport. “I was not too sentimental about it as it’s not my last game,” she said.“I was happy that I at least knew that I was going to keep playing and being on a team.”

Instead of viewing this year as his last one playing the sport he loves, like so many other senior athletes, Farrell believes this high school experience is a stepping stone to similar future experiences. “I look at athletics differently as for a lot of guys it’s their last year, but for me I’m preparing for something bigger,” he said. “My intensity has gone up more and I’m taking it much more seriously.”