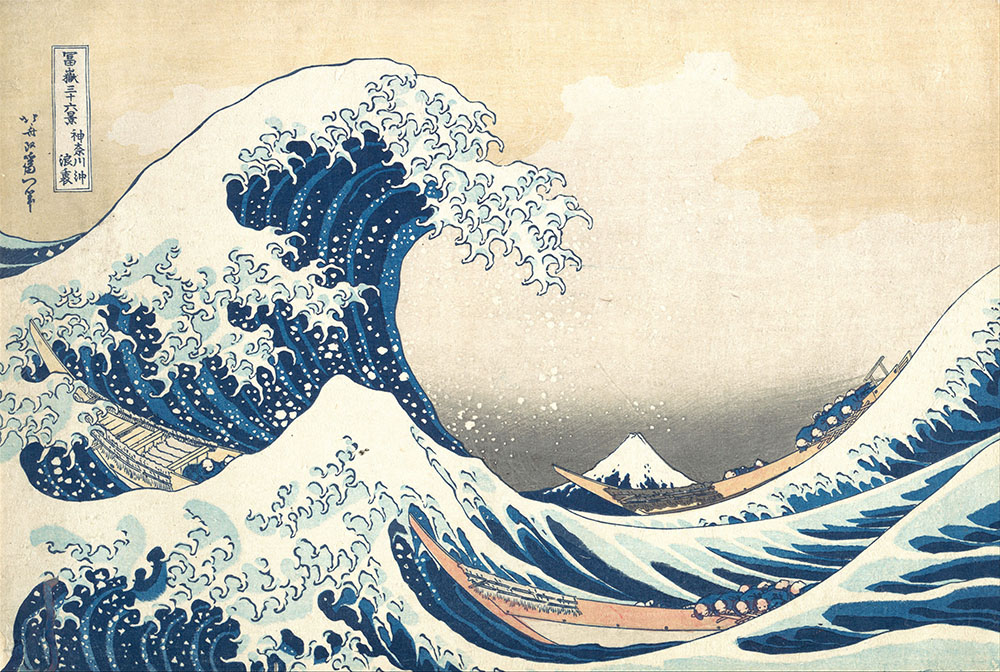 While many high school students spent their summer doing internships or going to camps, Sebastien Fousse (’18) spent his creating Spring Loaded, an online-based clothing line centered around his personal story of struggling with clinical depression.

The nature of Fousse’s depression is episodic, meaning, “it’s fine for a while and then it’s more intense for a short period of time,” he said.

Fousse found that distracting himself with different activities helped the most during periods of depression. “The clothing business was a way for me to spin my depression into something positive,” he said.

As a result of travelling to Japan when his depression began in 2014, the inspiration for his first collection is primarily Japanese artwork, featuring the works of acclaimed artists like Katsushika Hokusai.

The logo of Spring Loaded is a spring simplified to five lines on an upward slant, meant to “represent the monotony of everyday” and “the gradual increase in happiness and peace of mind” he said.

Although Fousse previously sold simple t-shirts on RedBubble, an online marketplace for art and clothing, this was the first time he decided to sell clothes he designed himself. The process of making the collection began toward the end of the summer, when Fousse spent a large amount of the time creating rough drafts and sketches of design ideas. He then turned the designs into an Adobe Photoshop format and found a print shop willing to recreate his sketches.

Fousse first posted about Spring Loaded and his depression on Facebook on October 10, 2016, World Mental Health Day. Fousse received almost entirely positive reactions. “People have taken time out of their day just to talk with me. Everyone is a lot more supportive than I would have originally thought,” he said.

Fousse felt a similar degree of support when he received a surplus of orders upon the launch of Spring Loaded. Fousse hand-packages and sends the clothing himself. By using Big Cartel, a website creation platform, he manages and individualizesthe orders, including a handwritten note in each package.  As Fousse has partnered with Young Minds, an organization which helps “teens and children specifically with their mental health issues,” the note includes a thank you and that for every item purchased, £0.50 is donated to the charity.

As for the future of Spring Loaded, Fousse hopes to grow in content, as he only produces graphic t-shirts right now. He aims to sew his own clothing, as he currently outsources this component of production, and he also wants to create a larger catalogue including “outerwear, bombers, trousers and hats.”

Fousse aims to have the second collection come out in about a month or two, this time focusing on the theme of “medication and external support.” Fousse hopes this imagery “reflect[s] the help of [his] family and doctors” during his depression. He also hopes to create a promotional video with the help of a film student living in the U.K.

While everybody deals with depression differently, Fousse sees external support as the most valuable. For  Fousse, the goal of Spring Loaded is to start dialogue about depression and to remove the stigma surrounding it. “The main message is just that people should be more open about [depression]. It’s not something to hide or be embarrassed about,” he said.