Trump is living up to his promises 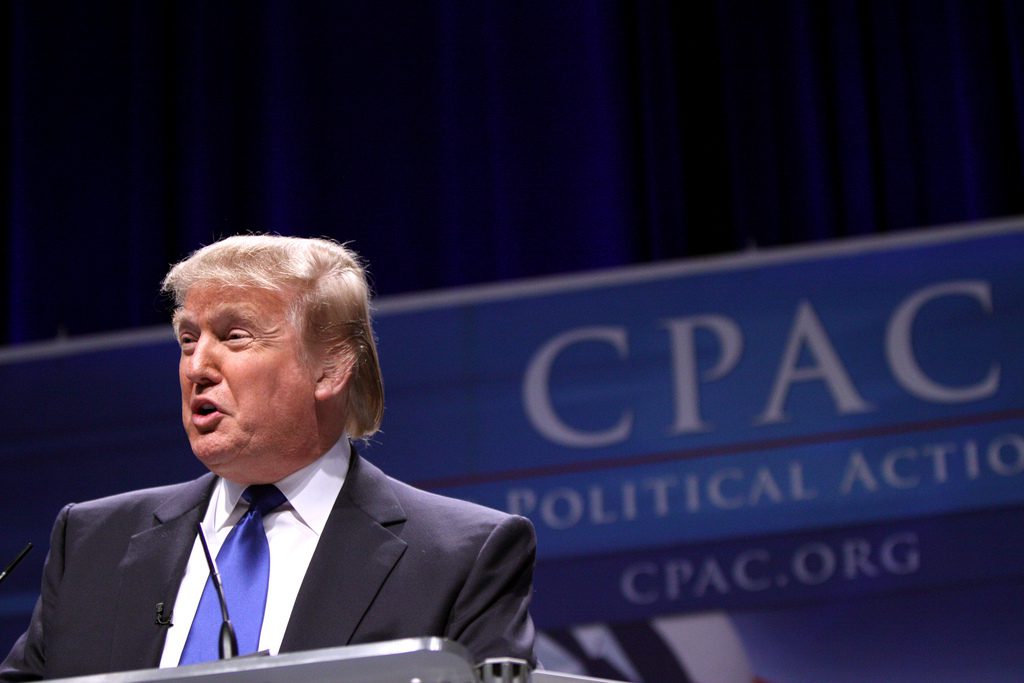 Long before President Donald Trump ever imagined himself sitting in the Oval Office, he made a name for himself in the business of abruptly cutting futures short. With “The Apprentice”, and American game show, he banked millions off the simple, wounding phrase: “You’re fired.”

Now that Trump is the leader of the free world, he’s continuing his reign of turning reality on its head for so many, severely hindering their chances of a better future. On January 27, Trump issued an Executive Order barring the entry of all refugees into the U.S., as well as temporarily suspending the entry of anyone from Iran, Iraq, Libya, Somalia, Sudan and Yemen. The entry of any persons from Syria has been suspended indefinitely.

Trump made this ill-informed, impulsive and prejudiced order without the guidance of fact and history. This Editorial Board views Trump’s actions as insufferable and frankly, unpresidential.

We refuse to sit back and watch Trump’s America develop into one where the lives of people of certain faiths are prioritized over others, nor where fear-mongering, xenophobia and hatred serve as advisors to the President.

By title, the order claims to be, “Protecting the Nation From Foreign Terrorist Entry Into the United States.” Yet, so many of the refugees who seek safety in the U.S. – especially those from Syria – are victims of terrorism within their own nations. They aren’t attempting to perpetrate terrorist attacks on the U.S., but flee from the terrorism happening in their own backyards. Hard-working civilians with once stable lives do not voluntarily flee unless what was once their home is now an inhabitable warzone. The U.S., with the president at its helm, has a responsibility to aid these civilians, no matter their nationality or religion. Judge James Robart of Seattle, Washington recognizes this point and swiftly challenged the order on February 3, temporarily lifting Trump’s travel ban. This Editorial Board supports Robart’s interpretation of the Constitution in ruling the ban unlawful.

In the very first section of the order, the attacks of September 11 are referenced. This Editorial Board does not seek to undermine the severity of the attacks in any way, but to simply state the fact that Trump’s Executive order would have not aided in preventing September 11 and that he is merely using the event to fear-monger. None of the perpetrators of the attacks were from one of the seven countries from which citizens aren’t allowed into the U.S.; of the 19 hijackers, 15 were from Saudi Arabia, two were from the United Arab Emirates, one was from Lebanon and the last was from Egypt.

This poses the question, why wasn’t Saudi Arabia included on the list? Simply excommunicating Saudi Arabia was not in the cards for Trump, as according to Forbes, the country is responsible for 14.3 percent of U.S. crude oil imports. Additionally, Trump has had business ventures on Saudi Arabian soil in the past, launching plans for property development, which were later cancelled, according to The Washington Post.

Trump issued the ban to present himself as coming down hard on terrorism, wanting to be remembered as the president who keeps Americans safe. However, the safety of Americans depends largely on the stability of regions across the globe, including regions in which many of the seven countries are located. This travel ban – often dubbed as a “Muslim ban” – does not reduce the presence of terrorism, but in fact increase it. For the leader of the free world to issue a blanket ban on travel for these seven countries only vilifies the U.S. further, making the country more of a target.

During his campaign, Trump tirelessly boasted about his plans, if elected, to not allow Muslims into the country. At a December 2015 campaign rally he told supporters, “Donald J. Trump is calling for a complete and total shutdown of Muslims entering the United States until our country’s representatives can figure out what the hell is going on.”

However, thanks to James Madison, Trump could not openly state that he was issuing a ban on all Muslims into the U.S., so he took it as far as he thought he possibly could. The Executive Order states that the Secretary of State is granted permission “to prioritize refugee claims made by individuals on the basis of religious-based persecution, provided that the religion of the individual is a minority religion in the individual’s country of nationality.”

All seven of the countries included in the ban are majority-Muslim, so the language is insinuating that Christians, religious minorities in those nations, will be looked upon as higher in the eyes of the U.S. government. Cite James Madison again and decide if this is constitutional. Robart did just that in suspending the order. Additionally, on February 5, a U.S. Court of Appeals for the 9th District denied Trump’s Department of Justice a stay on Robart’s order on February 5. Trump responded to these developments in manner he knows best, Tweeting, “If something happens blame him and court system.” Trump is attempting to pit arms of government directly against one another, an action which this Editorial Board views as childish and detrimental.

Trump’s Executive Order does not solve the issue of terrorism, add stability to the Middle East, nor does it improve U.S. foreign relations. Less than a month into his presidency, Trump is burning bridges and igniting the fear that many felt during his campaign. Trump is attempting to ban the citizens of seven nations from stepping on U.S. soil, but that does not mean those citizens no longer exist. The issues they are facing are not erased, only magnified.