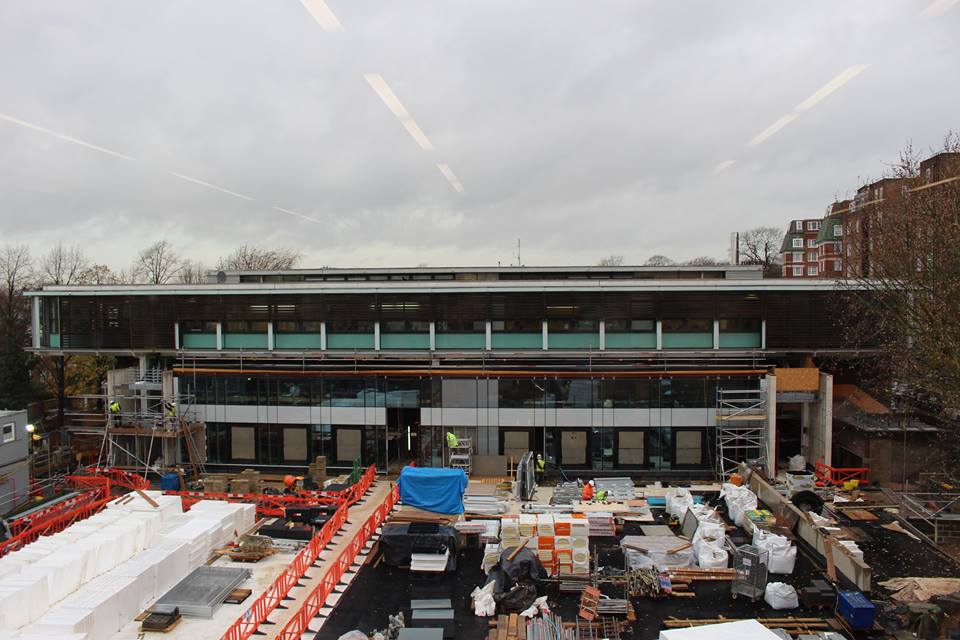 ASL has undergone immense change following the completion of the New Frontiers campaign, and after six months the projects logistics have been finalized. A major aspect of New Frontiers was the creation of the Aquatics Center and Fitness Center. In order to offset the cost of the athletic facilities, the school has implemented a fitness membership program.

Aquatics and Fitness Center Manager Keith Mainstone believes that students and faculty input is a crucial aspect of adding programs to the membership program. “The offerings that we supply are constantly changing. We’ve had a demand from some of our members for a more high intensity class so we put on a HIIT class because that’s what they wanted. The classes that we provide are created by the community,” Mainstone said.

The pool has also offered many more advantages for the swim team. Sissel Anderson (’18) believes that the pool has given the swim team more privacy, allowing them to partake in different types of practices.  “We’ve been able to do a lot more because we don’t have to compete with the public swimming lessons. We’re also able to use more equipment during our practices,” Anderson said.

There has also been an implementation of the Swim Stars program, an after school program that teaches swimming to all members of the community. However, Swim Stars has subsequently taken up practice time and lanes from the swim team. Anderson has been frustrated by the amount of space they have had for practice and the constant presence of Swim Stars during practices.

Lifeguarding is an opportunity Mainstone believes students should get involved in. Although he tried to set up an opportunity for students to enroll in a program lasting a total of 48 hours which would was offered to students during February break. However, there wasn’t enough student interest to commence the program. Lifeguard training courses run almost every week across London and the Athletics Department wants to help students find times  that work for them to enroll in these courses costs between £300 and £380.

In terms of taking advantage of these facilities, Mainstone believes student input is crucial. “We are keen on setting up an information line where students can just drop in suggestions where we can try to accommodate students opinions on the facilities,” Mainstone said.

The gym and pool have received both negative and positive reactions from students. Tom Linkas (’18) believes that the gym has improved immensely in terms of safety due to the cage facilities. The cages have a safety bar that is able to catch a lifters weight, something not implemented in the former gym.

However, Linkas also contends that the gym has some negative aspects, the major detriment being its size. “The gym is smaller now and you can’t have as many people in there at once so it definitely prolonged the amount of time that a workout would take because you had people trying to do the same exercise,” he said.

During the past six months, the facilities have been subject to a few setbacks. Director of Operations Jim Heynderickx has found that a small change was needed in the pool. The school found out that there was some cold air blowing on the sensor, making the heating system feel as if it has to blow more hot air which wastes energy.

Heynderickx believes that facilities need housekeeping. “It’s kind of like the [new facilities] are moving in. They need little repairs and little alterations make everything better,” he said.
More construction will take place this coming summer. HS Science classrooms will be refurbished. Several storage, spatial and acoustical additions will be added to the rooms. “We’re just working on the detail designs for that now,” Heynderickx said.  “It’s going to be a big project this summer to refurbish the labs.”