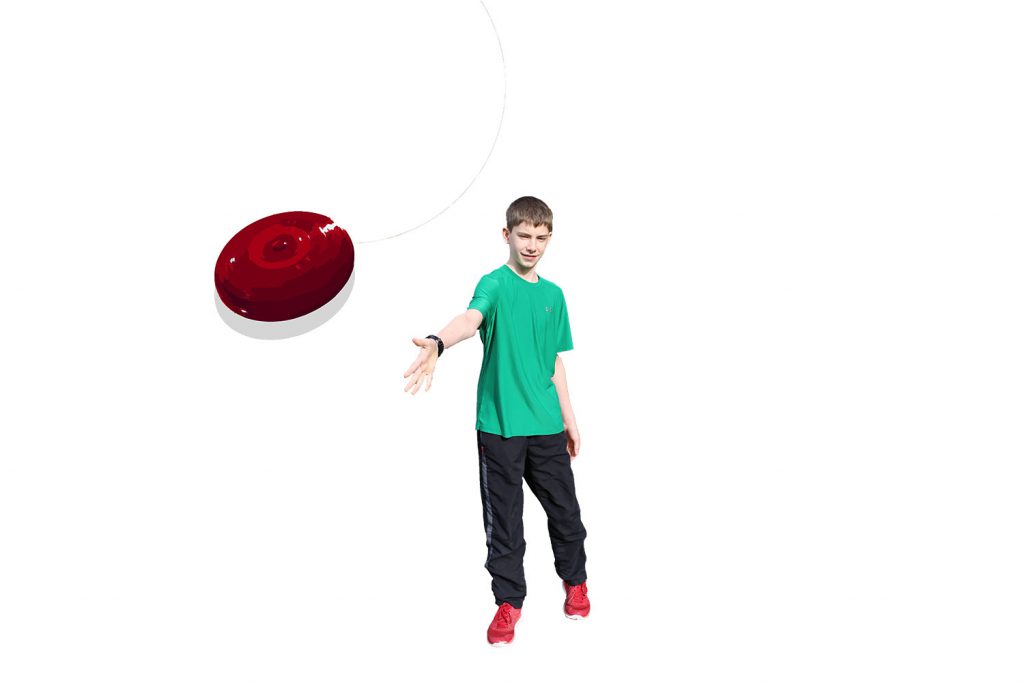 “I really just chuck the frisbee and hope it goes in,” joked Tyler Chapman (’20), whose skill in the lesser known sport of freestyle frisbee has made him an unusually intriguing entertainer.

Despite Chapman’s modest attitude regarding his skills, those scrolling through his Instagram account (@tc_frisbee), will most likely think the contrary. Videos of 60-yard backhand shots and over-the-roof throws that drop perfectly into basketball hoops show Chapman’s skill with a frisbee prominently.

Using these videos as inspiration, Chapman created his very own trick shot account in November 2015, posting videos of himself and his friends. Using a tripod and his iPhone to film himself, Chapman sets up different angles for certain shots, always trying out “different throws to make… a variety [of] unique shots.”

In his eyes, the publicity aspect of the sport is just as important as the actual trick shots. For Chapman, social media makes him strive to be better, while also helping him with originality. “Without social media I would not be doing frisbee,” he said. “One of my favorite parts is showing other people my shots and getting feedback.”

The kinds of shots Chapman takes for his videos differ from time to time, and depend on what ideas he has come up with over the week. Chapman draws inspiration from other trickshot accounts on YouTube, such as American Ultimate Disc League player and successful YouTube personality Brodie Smith. Chapman takes cues from Smith’s Instagram account. The slim chances of making trick shots are what make them appealing to the public, but from the thrower’s point of view, it can be an enduring journey to sit through many attempts. Patience is an important aspect of the process, and something Chapman has become accustomed to. “Honestly it depends how lucky or unlucky I am. It could take five minutes, or four hours,” he said.

It is his optimism and continuous self-reassurance that the frisbee eventually will go in that keeps him from giving up even after what could be well more than 50 misses.

Attempting longer throws can be frustrating, as the wind plays a considerable part in the frisbee’s trajectory, but it is the pure joy of nailing such  difficult shots that attracts Chapman to the sport. “It feels like the best thing in the world…[like] winning a sports tournament.”

Despite moving from suburban Fishers, Indiana, with a lot of space to play and film, to the crowded city of London, Chapman uses local parks like Paddington Recreational Ground to film videos. Spending up to four hours shooting at different locations, Chapman gets as much footage and practice in as he can.

Described by Chapman as a “hobby,” his freestyle hit a turning point when he obtained his first sponsorship. Disc Store, a major manufacturer of frisbees and apparel in the U.S. that is based in Omaha, Nebraska confirmed Chapman’s sponsorship. After seeing an ad on their Instagram about sponsorship opportunities, Chapman posted a video of his footage promoting their account, ultimately recieving a sponsorship on March 7; after signing a few forms, he will now receive free frisbees and clothing in return for his support and promotion.

Having taken his love for freestyle overseas, Chapman has made the most of this sport introduced to him by his friends back home. To Chapman, it is this connection to home that brings everything together. “Frisbee is fun to me because I used to do it as a hobby with friends in Indiana, and now it has become a passion.”