The people who keep the school running 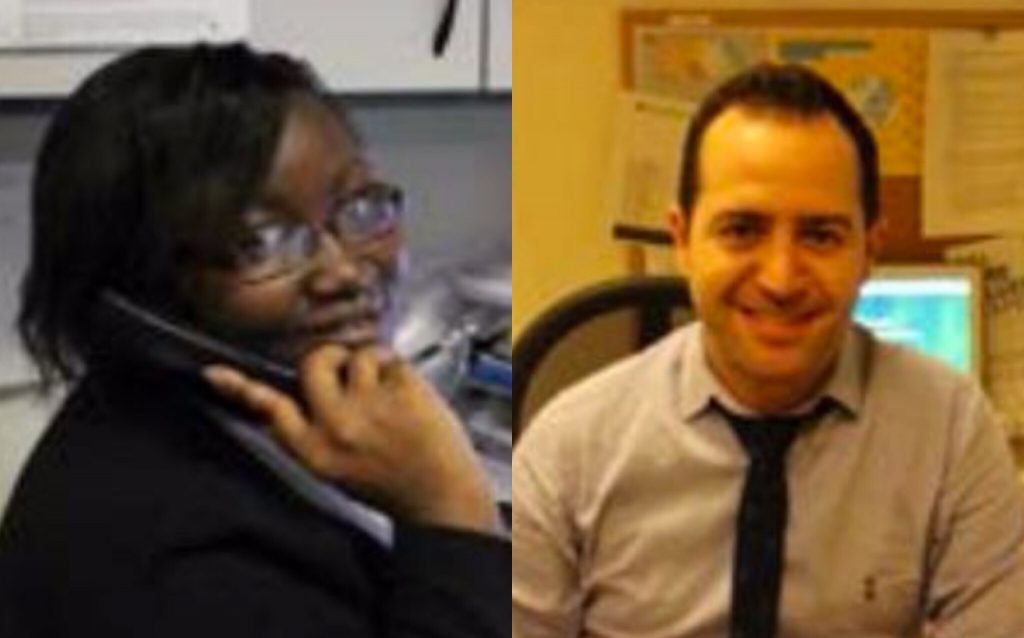 Just past the Waverley Place entrance, Information and Facilities Coordinator Rita Bediako’s office is a hub of activity where all phone calls to the school are directed to.Further along the hallway as you approach Bottom O, Director of Technology, Nadjib Aktouf can be found behind one computer screen and one laptop screen in his office on the right. Often, depending on the time of day, Cleaner, Jose Diaz Castaneda might be seen walking past both offices as he makes his way to the middle yellow pod in the Mellon Library, starting his 15:00 – 23:00 p.m. shift.

These are just a few of the people who have a big impact on the day-to-day lives of all through the school community, though many may not even know their names.

Castaneda has been living in London for 17 years and working at ASL for 12 but despite so, “in the estate I live, it’s maybe 12 apartments but I know only my neighbor.” Castaneda recognizes the “monotony” of the usual London lifestyle, especially in comparison to the lifestyle in Colombia, which he greatly embraces.

“I come from Cali, it’s more tropical, it’s the city of Colombia and very famous for salsa.” Castaneda reminisces that he would speak Spanish and enjoy the traditional food, “the fish, the yam, the green plantain, the red plantain….” He was also a goalkeeper in football and recited long poetry. He said the poetry would have been “difficult to memorize” but it’s not [memorizing] when you are [declaiming],” also believes you need to use your body to “express the lines”.

Castaneda tributes the man he is today to his parents who taught him to give willingly and be reserved. There is resemblance in the smile Castaneda had when he spoke of life in Colombia as when he spoke of his family. Castaneda works together with his wife, cleaner, Elizabeth Marulanda, spending “maybe 20” of the 24 hours in a day together. With two children currently studying at university level, Castaneda’s face lights up when he speaks of his family, “I am very happy with my children,” he said. Having devoted many years to his children’s needs, now that “they are adult and living apart,” Castaneda and his wife are “in another stage of [their] life” where they are able to “[do] more activities” and have more fun during the weekend as weekdays tend to be especially busy.

Similarly, Bediako alongside facilities and department team is busy making sure facilities are available for events to be taken place in and that the events are successfully run. “We’re marrying up requests and the actions that put those events into practice and so we will get a request through from everybody across the community,” Bediako said. Whether it’s planning for a booster club meeting, an athletics involvement, a guest speaker/author, or anything of the like, “all those requests land on our door.”

Bediako began working at ASL in 2003 and found that, despite ASL being “a warm place to walk into,” the first time she started “took a while to settle in because it takes a lot of getting used to as to how the school runs,” especially not having worked in a school setting before. However, it was with great thanks to “relationships” she formed, especially with her “excellent teacher,” Anne Clay, who Bediako took on her role as Information and Facilities Coordinator, Bediako felt “it was easier for me, I think than it would’ve been for other people.”

Bediako finds that surrounding herself with good people with positive attitudes is enough to keep her happy. Bediako says “whole world revolved around family” and says “without that, I would struggle to define who I was.” Family consisting of: “my nuclear family, my extended family, my work family, other Church family…”.

Bediako spent the first 10 years of her life in Ghana but despite having lived in London ever since, she still cherishes many aspects of her Ghanaian identity. She speaks the language of Twi, can understand a bit of Ga and also speaks other dialects because of her parents. Bediako also appreciates the Kente and Dutch Wax textiles, particularly the GTP brand. Bediako also enjoys many traditional foods, though “not a big Fufu fan if I’m not in Ghana” she likes Kenkey, bean stew (red-red), fried plantain and many others. “The cooking is everything!” One of the values that Bediako holds most dear is the whole “Ghanaian upbringing”: “the respect from elders the way you speak to people in general.”

Aktouf is responsible to Information Communication Technology (ICT) that are used for operations and logistics: communication, file storage, network infrastructure, WiFi, and regular network and the security of that. As well as, the operational side, Aktouf makes sure that teachers and students have the tools and digital resources that are needed to deliver an “excellent education” and for students to have an “enhanced and engaging” learning experience.

Born in Algeria and “raised overseas”, Aktouf considering himself a “third culture kid”. He grew accustomed to the lifestyle of “hopping around the world from a young age”. He first lived in South Yemen (when it was separated at the time), then to Oman, then New York (where he and his brother started school), Syria, back to Yemen, started work in Jordan, continued work in Venezuela and now lives in London. Growing up, Aktouf found it “difficult” to travel so often,”[having] to make new friends”. However, he is now very grateful for his upbringing and speaks English, Arabic, French, and Spanish having been “exposed… to so many different people and cultures, ways of thinking, and especially languages”.

Aktouf believes that his experiences with different lifestyles “added an appreciation for my own heritage and culture”: a “wonderful” city, located on the North Coast of Africa with mediterranean climate. Aktouf parents made sure he visited Algiers everyone summer and is now where Aktouf considers home, “since I was born… in my life, I think I missed one summer,” he said.

Furthermore, Aktouf believes that having the “opportunity” to experience all three divisions “increases my appreciation for just how amazing ASL is.” His interaction with many people in a relatively small space allowed for him to fit in and learn more about ASL. “Having interactions with LS, MS and HS, and also the administrative side, working with admissions and seeing how advancement works… it’s given me, again, an appreciation of how everything fits together so well.”