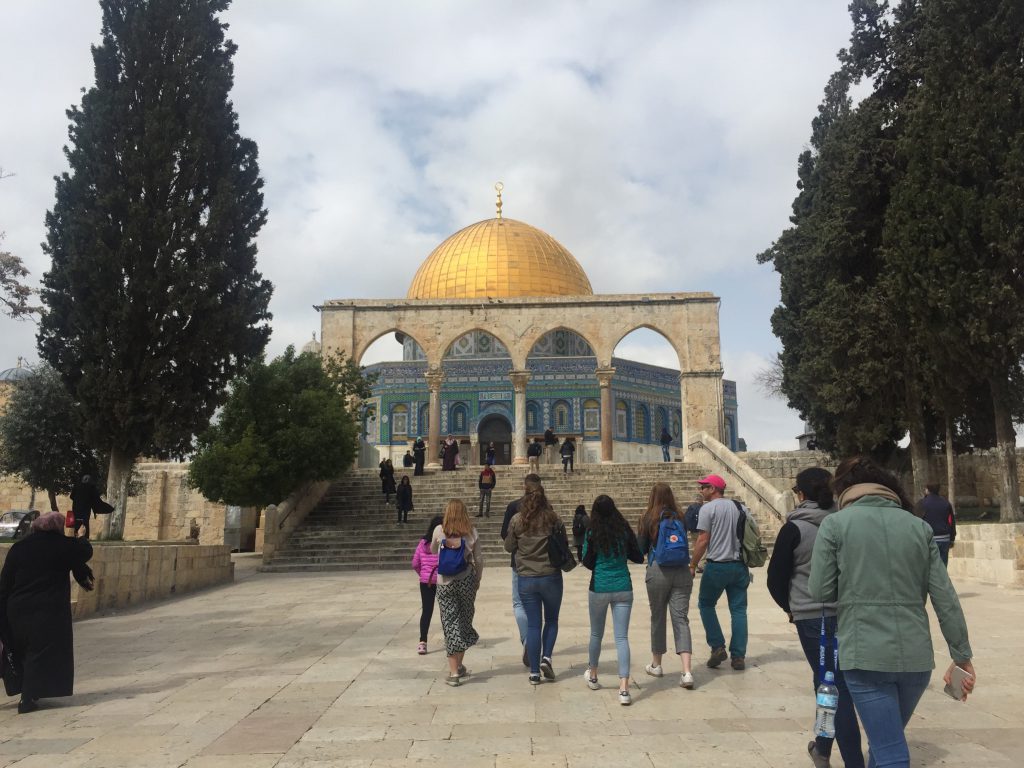 In late March, 13 students and three teachers went to Israel for the Model United Nations (MUN) Conference in Galilee.

Unlike any other MUN conference students have attended in the past, Director of Service Learning Brandon Block and English Teacher Alissa Mears said that this one would focus on “building bridges between diverse communities and bring together Christians, Arabs, and Israeli Jews to explore issues of our time.”

Thus the topic of the conference would focus on violence, with committees like Security Council, Human Rights, United Nations Children’s Fund (UNICEF), UN Women, United Nations Economic and Social Council (ECOSOC), Disarmament, Environment and World Health Organization (WHO). In addition to the committees going on at the time, there was also a Pathways Negotiation two-day course offered for a small group of students from each school.

Block was in touch with the Director of the GALMUN conference, Elias Farah, who he has worked with in the past. For several years, Farah has brought students from his school, St. Joseph Seminary & High School-Almotran in Nazareth, to attend the annual MUN conference at the Mulberry School for Girls in East London, where the two met. In return, Farah invited Block to attend his conference in Israel. ASL was the only international school invited to the conference, as it was attended by schools all over Israel and were the only school whose native language was English.

After applying in December, students spent three months preparing for the conference by attending meetings beginning in early January leading up to the week before they left. Not only was this conference in a country most students had never visited, but almost half of the students going had never attended a MUN conference.

After lots of debating and cake eating, an allergy attack, a long bus ride with other Israeli schools, an early morning beach walk and running through the Tel Aviv airport terminal almost missing the flight, the students finally arrived back in London after five days. They recount some of their highlights from the trip below:

Alice Bake (’20): Going into the Model United Nations conference in Nazareth, Israel I did not know what to expect, but this experience surpassed any of my expectations. I was blown away by the level of debate and knowledge of the delegates, especially since English was most usually not their first language. As this was my first conference, I was unsure going into it, but I learned so much about both debating and culture in two short days. Staying with host families immersed myself in Arabic culture, as we ate traditional food, and I listened to them speaking arabic. I made so many memories that will last a lifetime.

Matthew Leonard (’19): Before we traveled to Israel to take part in the GALMUN conference, I was unsure of what to expect in regards to both the conference, and also to our time in Israel in total. Once we arrived in Nazareth, I found staying with host families to be an eye-opening experience, as I experienced both the culture of the family I was staying with and also the culture of Israel, a country I had previously never visited. Staying with a host family also helped me to meet new people, who were the friends of my houser and were also taking part in the conference. During a break or whenever we weren’t in committee it was nice to be able to recognise people who I had just met the day before and have a quick chat about how the conference had been going. Overall, I feel that staying with host families in Nazareth improved my experience at the conference entirely, and I even made some new friendships in the process.

Josie Levey (’19): Going on the [Galilee Model United Nations] trip was a fun and educational experience for me. It was really interesting to tour the country and learn about the history there and we also got the opportunity to participate in the MUN conference. It was great that we got to bond with students from Israel and hear their perspectives on some of the issues we were discussing.

Henry Petrillo (’18): The trip was an amazing experience for me. It was similar to an alternative because I felt like I bonded with the entire group, which consisted of all four grade-levels. We were able to tour some of the most historic sights in the world and got to debate with amazing delegates from all over Israel. Still in awe of the hospitality we received and the connections we made.

Chaznane Fidahoussen (’19): In this trip I was able to meet many new people and it was interesting to speak to them since they were not completely fluent in English. We were also in welcome families, and at first I was very shy to meet them because being alone in a family did not really sound good in my perspective. However, when I met them they were very nice and treated my like I was their daughter, which was heartwarming. They would fill up the large table with traditional food at every meal of the day and it was very generous of them to take so much care of me. It was amazing to make new connections with a different culture.

Ryan Lazar (’19): I thought that GALMUN was such a unique experience. It was amazing to experience Israel, a place that is the center of so many cultures and religions. I came out of the trip with several new friends and new perspectives of the global issues we discussed during the conference.

Sierra Prasad (‘17): The GALMUN trip was an incredible opportunity. One aspect that I really enjoyed about the trip was the fact that we were able to not only attend the MUN Conference, but also see Jerusalem, Nazareth and Tel Aviv. In addition, it was really powerful to attend the conference and see both Israeli Arabs and Israeli Jews debating and working together in harmony – it reminded me that in many ways MUN brings together people in conflict. As well as staying with Israeli Palestinian homestays, which gave me the wonderful gift of understanding how minorities live peacefully in countries and allowed me to make lifelong friends.

Christina Leonard (’19): As I got buckled into the backseat of the car, waving goodbye to my friends, I was anxious and worried. I had stayed at someone else’s house before during field hockey ISSTs, but I had never gone by myself, always with a friend or two. This time I was alone. My houser, Sham, spoke rapidly in Arabic with her father as I sat looking out the car window, wondering what would happen in these next 48 hours. However my nervousness vanished as I was warmly welcomed into their lovely home, I was treated like family and I was fed extremely delicious food. Sham asked me questions about life in London and in America, and, in return, I asked her about life in Israel. After we began talking, I realized just how similar our lives really were, we both enjoyed hanging out with our friends, listening to music, especially Justin Bieber, watching Real Madrid play, she even was taking a coding class similar to the one I had previously taken. This trip really opened my eyes to the different, yet extremely similar culture of a teenager living in Israel.

English Teacher Alissa Mears: I’m thrilled we ran this trip. Even in the preparation stages, I was happy to see the dedication our student participants had to both learning and teaching about MUN. The trip itself was a wonderful balance of learning about a fascinating place’s culture and history and experiencing a conference unlike any I’ve been a part of. The students, families, and teachers in Nazareth went above and beyond to welcome us and share their city with us. I especially enjoyed hearing the increasing appreciation my students felt for their homestay families and experiences. I hope more ASL students get to have this experience in years to come. 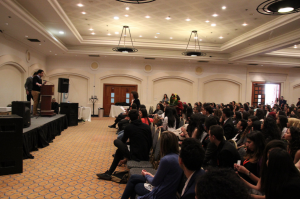