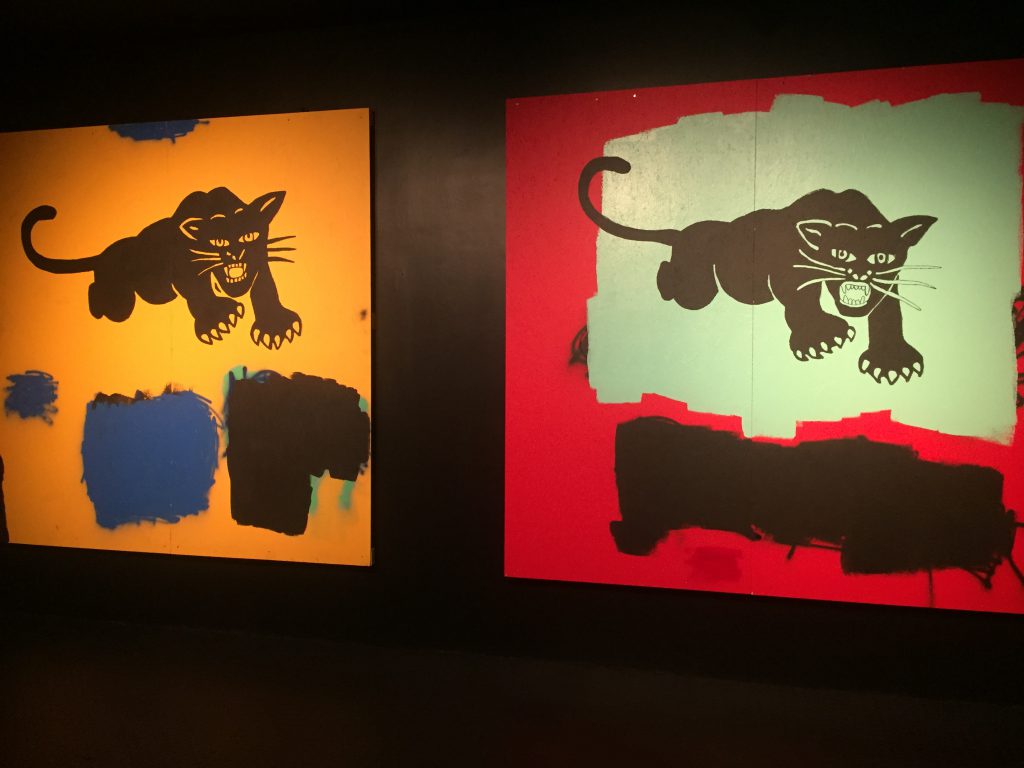 “Make America Great Again.” The very words hoped to bring America together, as part of President Donald Trump’s campaign slogan, have instead resulted in an immense political, racial and gender divide. The theme of marginalization has been present in Make America Great Again by Awol Erizku. Erizku is known as the photographer behind Beyoncé’s maternity photos. One of which is the most-liked post on Instagram, with over 11 million likes. These pieces are showcasing a step away from his well-known photographic work and are on exhibition at the Ben Brown Fine Arts Gallery until June 2.

Immediately upon entering the Ben Brown Gallery in Mayfair, a grim feeling takes over the viewer as they walk into the dark room with contrasting brightly-colored pieces lining the walls. 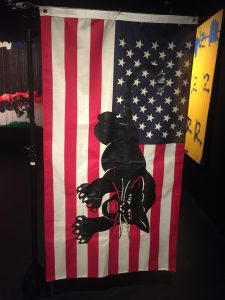 The somber tone of the gallery itself was highlighted by the inclusion of the black panther logo on many of the pieces. One of the pieces where this was most prominent was “HOW THAT MAKE YOU FEEL?”, which depicted a black panther painted on an American Flag. Of all the pieces in the exhibit, this was by far the most striking for me as it sent a message to me about how African-American people have felt disenfranchised and disrespected. I was able to see in one piece, how the American flag has been an image of unrest, one that may always result in the connotations of the racial gap in America. It served as further proof that in a country that prides itself on its freedom for its people, there is still a long way to go for equality to be reached and it has been fought for, in some ways violently. 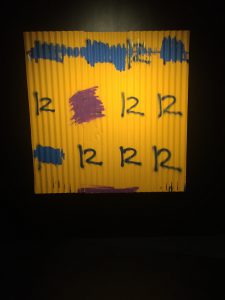 Another piece that struck me was “Wish the Worst”, which consisted of spray and household paint on a 72” by 72”  piece of yellow corrugated metal. The number 12, a slang term for the police, is repeated 12 times on this piece. The repetition of the number 12 helped to signify the prominence and fear the police have in the lives of African-Americans. The issues of racial profiling and police brutality were able to seem so real through the inclusion of this piece in the exhibition.

The piece “Pull Up Wit Ah Stick” was one of my favorite pieces from the exhibit. It shows three different images of the Arm & Hammer logo on three 42.5” by 38” pieces of plywood. The logo depicts Vulcan, the Roman god of fire and metalwork holding a mallet. The change of the background color from red to yellow helps express the importance of staying strong throughout the pursuit for equality, regardless of conditions getting better or worse. The inclusion of the mallet in the same position in each image could signify the African-American demographic holding back their desire to possibly strike back at the police, demonstrating the racial tensions that have persisted from the earliest days of America. This piece in the gallery helps me as a viewer to understand the struggle that African-Americans have gone through in their pursuit of equality through the countless resistance they have received from the police. 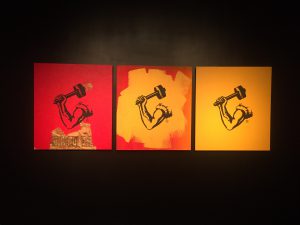 I believe that this exhibition really helped me to understand the struggles of the African-American demographic, thus I strongly recommend to anyone who is looking for an art exhibit to visit for should go see Make America Great Again. The gallery allowed me to have insight into the daily marginalization that these people feel through the expression of culture, race and the lack of human rights for African-Americans.