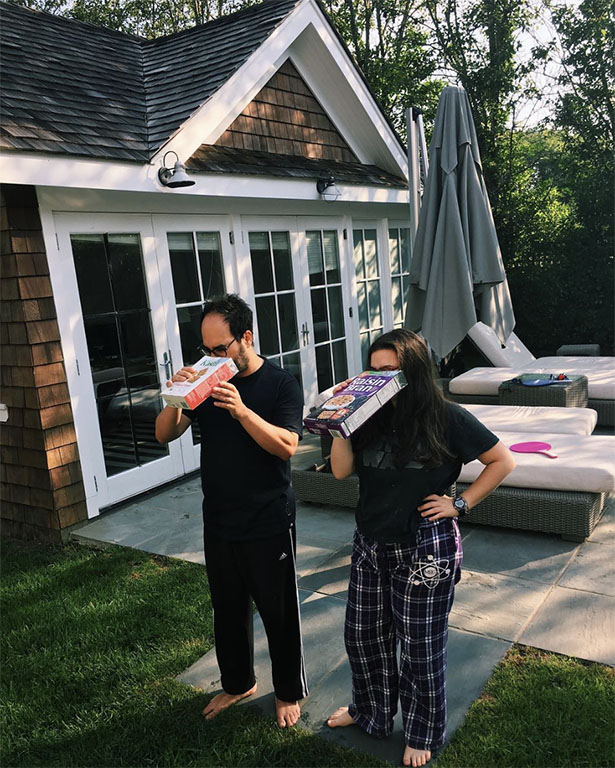 Although Zoe Goldstein (’19) was unable to get her hands on solar glasses, she did not let this deter her from being able to view the solar eclipse that was visible over the United States this summer. She decided to build her own solar glasses out of cereal boxes, paper and tinfoil.

When the moon revolves around Earth, it passes the sun at an angle. Depending on whether the moon is slightly above or below the sun, it is known as a new moon. On August 21, however, the moon blocked the entire sun, causing a total solar eclipse which was visible across the United States. The path of totality occurred over 14 states from the west coast to the east coast, and a partial eclipse was visible to all of North America at some point in the day.

Science Teacher David Partridge said that a solar eclipse only occurs once every couple of years and to watch it, one must be in a particular setting. “You have got to be exactly in the right place in the right time [to see the eclipse], because the shadow is relatively small and it’s moving across the Earth quite quickly,” he said.

Partridge said that with today’s technology, astronomers are able to predict exactly when and where the eclipse is taking place by calculating orbits and using satellites.

Jack Clark (’20) saw the solar eclipse while camping with his family on Dollar Mountain in Sun Valley, Idaho. Clark reported the eclipse was indescribable and truly an amazing sight to see. “I think it’s one of those once in a lifetime experiences.”

A large part of why Science Department Head Andrew Ringham believes the solar eclipse was so impactful was because it was a rare shared moment for people across the U.S. “I think we are seeing that in places like America, but also in places all over the world, there’s not a whole lot of really genuinely shared experiences that we have…[the solar eclipse] was one, so that’s pretty cool,” he said.

Goldstein, who was able to watch the eclipse in Long Island, New York, agrees that the solar eclipse created a sense of unity in the U.S. “I think [the eclipse] was a way for a community to gather while watching this amazing thing that we have no control over,” Goldstein said. “[It was] realizing that we are all in the same planet, watching the same thing, so why do we need to fight, or why do we need to have these disagreements?”

During the eclipse, Goldstein noticed “that all of a sudden, the temperature dropped and the cicadas came out, they started making noises.” She was in awe that the world could create this huge natural phenomenon. “It made me realize how small I was compared to the world,” she said.

Unlike Goldstein, Ringham was not able to see the solar eclipse this year as it coincided with the first day of work for faculty. Ever since he started teaching astronomy in 2010, Ringham had been looking forward to seeing the eclipse. “For seven years I was looking forward to it and there’s no way I could go,” he said. “I was really bummed to not be there.”

However, he is already planning a trip to Argentina to see the next total solar eclipse which will take place over South America in July 2019.

Similarly to Goldstein, Ringham recognizes how these large astronomical events can put things in perspective. “We let things that are small get in the way of things that are big,” he said. “You get to see some big things before you can identify what the small things are.”