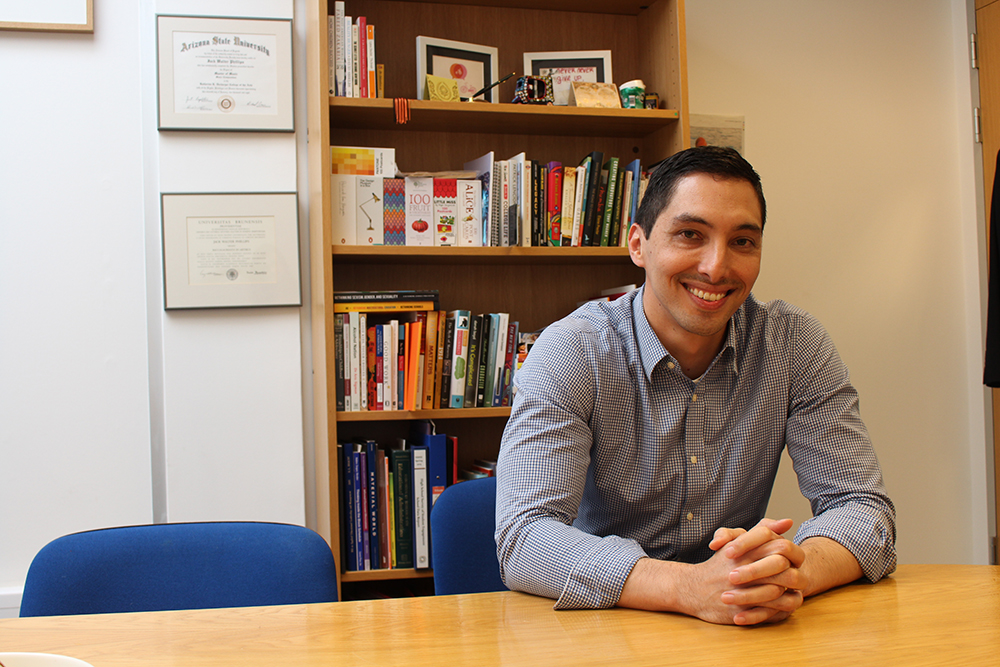 In June 2018, High School Principal Jack Phillips will officially step down from his current role, after five years. Although Phillips was contractually obligated to give his notice by June 30 2017, he and his wife, Danielle, had been discussing the move a few months prior to this deadline. Celebrating their 10th anniversary on a weekend away in June 23, Phillips and his wife were given the chance “to really do some soul- searching and really make some decisions. We knew we wanted to [take on new opportunities] and the key question was if it could wait,” Phillips said, “And the answer was no.”

At the moment, Phillips and his family are discussing what their next steps will be.“My wife is looking to apply [for a job] back in the U.S. and that will determine where we are going to go. Once we know where our next step is, I’ll start looking for a job [in teaching],” he said.

Phillips will not be directly involved in the process of searching for a new High School Principal, but he will be as active as he possibly can in order to make the transition a smooth. “I will be involved in as much as I am needed and can be helpful as an advocate for candidates.” Phillips said.

Even though he does not believe the job will need much advertising as it is a desirable position, he would still like to be a “good sales person for the school,” to aid the process.

Phillips approached Head of School Robin Appleby to inform her about his decision before the upcoming school year. “He was incredibly respectful. He emailed me and asked if we could talk and we spoke over the phone about it,”Appleby said. “He had made his decision back in June before I had actually [started at ASL.”

Although Appleby is sad to see Phillips leave, upon listening to Phillips’ explanation for why he was leaving, she immediately understood and respected his decision. “I completely understood because his reasons for why he wanted to [leave] are family-oriented,” Appleby said.

Following Head of School Coreen Hester’s retirement, Phillips has observed much from her last year at ASL that he, too, wants to apply to his final year. “She handled her last year in terms of it is business as usual, it’s full engagement,” Phillips said. “I want to use that as a model.”

For Appleby, the change in principals now means that she will be spearheading the search for a new Phillips’ replacement. At the moment, there have already been over 150 applications from across the world and Appleby believes the process is going very well. Despite the unexpected search, Appleby strongly believes that it has not affected her mindset for the current school year. “I don’t think it changed the way I am going to approach this year other than to make sure that I maximize the knowledge [Phillips] has and learn as much about the High School through him as well,” Appleby said.

Appleby hopes that the incoming Principal will embody ASL’s characteristics, believes that the perfect candidate would be one that understands “the type of high school ASL is”. That we are that sweet spot between an American curricular high school, but also someone who has an appreciation for the international aspect of the school,” Appleby said.

After five years, Phillips describes his feelings toward leaving as “multidimensional,” as he is excited for new opportunities but will greatly miss his experiences at ASL. “Our entire family loves this school,” Phillips said. “This school community has been welcoming and it’s become an extended family for us.”

Though the High School is losing a senior administrative member, Phillips believes that ASL is bigger than any one person, and the change doesn’t have to be disruptive, as seen through the smooth transition between Hester and Appleby. “It was amazing to me how many things are staying the same and still moving forward. None of us are irreplaceable,” Phillips said. “I have made so many relationships with students and teachers and families here that is deeply personal, and I’m really excited to stay in touch and see how people thrive.”