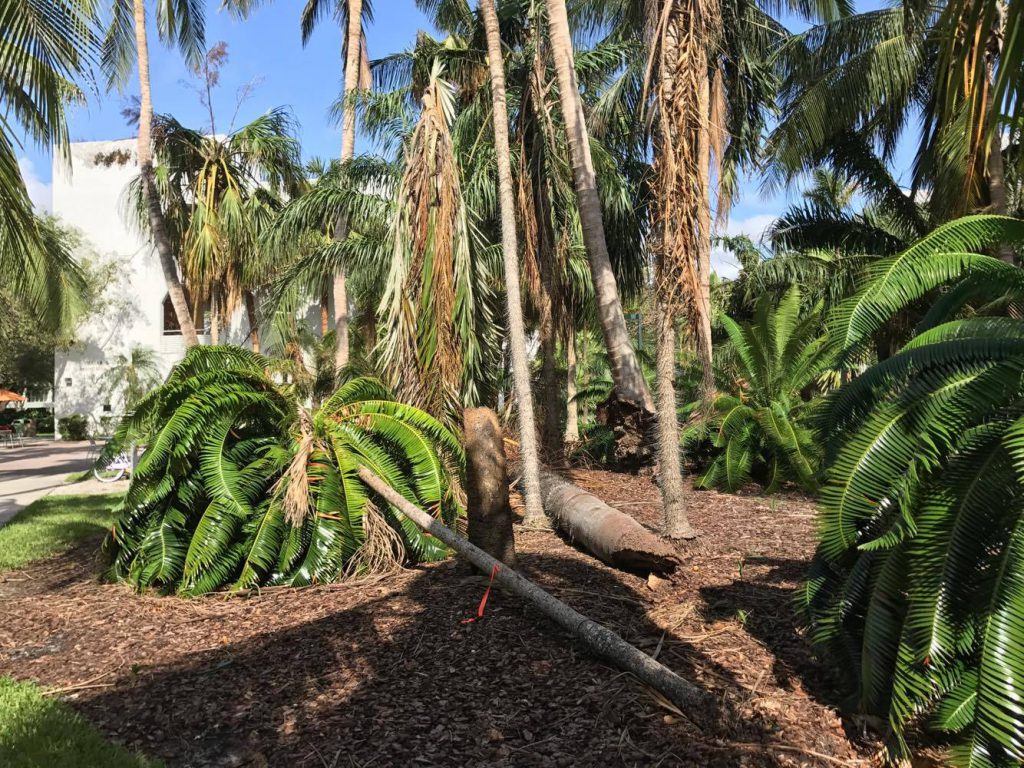 Math Teacher Tony Bracht grew up in the same house in Houston, Texas for 18 years. Bracht’s family, including his father, mother, sister and close friends, still live in the area recently devastated by Hurricane Harvey. On August 19, the hurricane flooded his sister’s house and left his father stranded in a motel for nearly a week as a result of the flooded streets.

Days before the hurricane, Bracht called his family and friends. They re-assured him that the impact of the hurricane would not emerge as forcefully as it was portrayed on the media. “It shocked them. Even though they were sort of prepared, they thought it was a false alarm,” Bracht said.

Not expecting “the hurricane of the century,” Bracht’s father was out with friends the day the storm hit most viciously. Soon he realized that he would need to return home, but by the time he began his journey home, he was blocked by the floods. While driving home, Bracht’s car started flooding on the freeway, so he got out and waited to be rescued. A nearby motel served as the only option for shelter until the road cleared almost a week later.

Similarly, the flooding forced Bracht’s sister and family to evacuate. “The water rose all the way up and flooded her entire neighbourhood. They had to get rescued by a boat,” Bracht said. “They didn’t have access to their house and their clothes and all of that stuff, but their friends were very supportive and brought them food.”

Bracht explains that his sister remained safe while staying with a friend nearby, despite the flooding around the city. “That’s what’s strange about Houston, is that right down the street they would be fine because of the different flood levels,” he said.

Downtown Houston remained mostly unscathed while other areas were left in ruins. “I have some friends that own some businesses in downtown Houston and those seem to be ok, but literally a block away all of the businesses have flooded,” Bracht said.

The hurricane hit just as classes commenced at Rice University, also in Houston.. Kris Westgaard (’16), a student at Rice University, maintains that damage to the campus was limited. However, classes were cancelled for six days. “Overall, I think that most people at Rice were extremely lucky and privileged because everyone working on campus took care of us and we constantly got food and clean water,” Westgaard said. “We weren’t the ones who were really affected by the hurricane. It was those whose houses were flooded and homes really just destroyed.”

Hurricane Harvey was not the only tormenting storm of the summer, as Hurricane Irma left Florida with similar destruction shortly after Harvey’s landfall. Emily Gossett (’16) and many of her University of Miami peers, were initially unaware of the danger that loomed over the city of Miami. On September 4, students attending the university were sent an email explaining that class would continue as normal, however, that was to change very soon.

On September 5, the University of Miami announced classes were cancelled for at least the remainder of the week. The university also encouraged students to evacuate.

When Gossett received the email stating students should evacuate, she immediately began preparing. “I have impact glass in my apartment, but the biggest issue with the hurricane is the flooding. We nailed big water-proof tarps to our windows, put anything of importance up high in closets, removed everything from our counter tops, covered all of our furniture and then made X’s across our windows with hurricane tape in case the glass shattered,” she said.

Initially, Muoio drove with a friend to Orlando thinking that would escape the radius of damage. However, as news and threat of the hurricane grew he realized he needed to depart further, eventually staying with his brother Will (’14) at Syracuse University in New York.

Though Muoio fled to Syracuse, New York, some of his friends could not evacuate, leaving them in the eye of what was predicted to be one of the largest storms of the century. “I was worried I was going to lose friends. That thought crossed my mind and it was really scary to me,” he said.

Although Hurricane Irma proved more tame than reported, watching the damage from afar  with his brother in Syracuse was unnerving for Muoio. “Especially when it was going to hit bad I didn’t know how I was going to watch the news from Syracuse seeing the place I’ve called home for the last year and a half get destroyed.”

“Considering it wasn’t as bad as [expected] made that feeling easier, but Saturday and Sunday I was still flipping to CNN seeing the reporters and seeing the damages,” Muoio said.

Classes resumed at the University of Maimi on September 25.

A month after Hurricane Harvey, the effort to help aid Houston  has remained paramount for Westgaard and others. “I think that Rice as a whole has been phenomenal in terms of student help that they have given and they have gone and cleaned up houses and create shelters,” Westgaard said.

Bracht plans to return to his hometown during winter break, unsure about the city that raised him. “I’ll be there at Christmas and I’m curious about how it will still look, whether or not the damage will be there and how quickly they’ll recover and rebound,” Bracht said. “I think most of the people in Houston seem to be focusing on the bright side of things, the love and support that everyone is giving each other.”