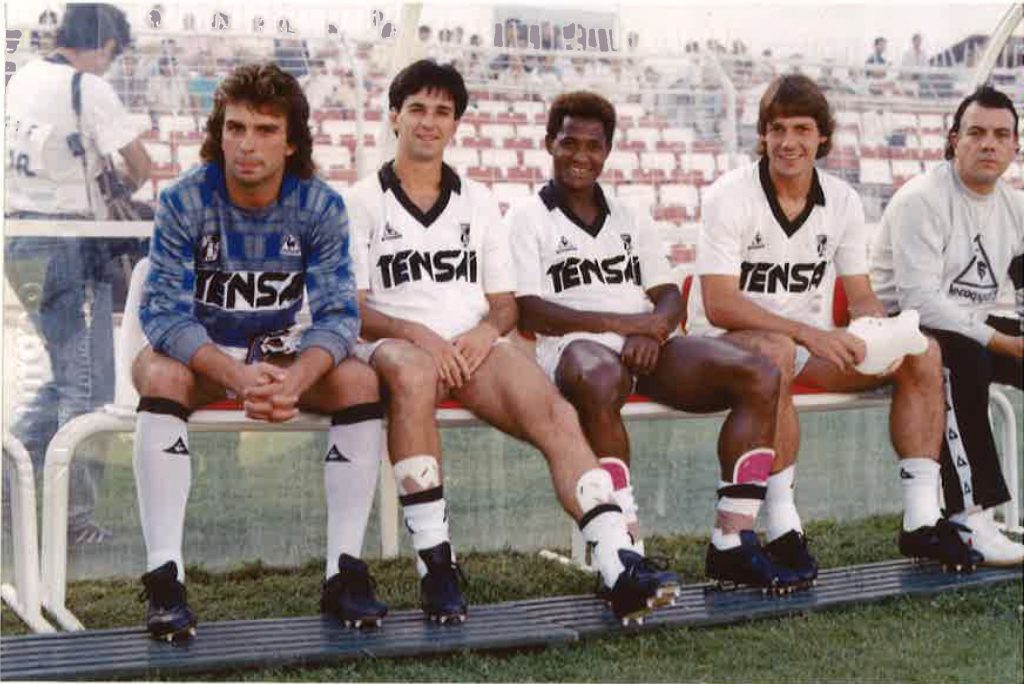 A change in scenery is nothing new to General Catering Assistant Sergio Pimentel. Born and raised in Angola, Pimentel has lived in Zimbabwe, Portugal, the Netherlands and now London – but these shifts in location have not always been that of personal choice.

Pimentel’s father worked as a farmer in the countryside of Angola until his family was forced to flee in 1975 due to the Angolan Civil War. Gathering their belongings, Pimentel and his parents left their home and travelled to Rhodesia, now known as Zimbabwe, with hopes of having a peaceful life. These hopes were short lived, as the Rhodesian Bush War forced them out of their home once again. “We had a second civil war in our life, so we had to run away from Rhodesia, and we went to Portugal,” Pimentel said.

Far away from all familiarity and their home in Angola, Portugal was a chance for Pimentel’s family to begin again. It was in Portugal where Pimentel developed a passion for soccer. Playing as a goalkeeper, Pimentel began to attract attention of local clubs, and then received contract offers.

His undisputed talent was not his only motivation to play, as Pimentel used the sport as a way to keep himself occupied following the passing of his mother. “I lost my mother when I was 13, so I aimed for sports. I tried to be focused in sports, not to forget her but to keep on going, to have something good… moving [forward],” he said.

This passion for soccer occupied much of Pimentel’s teenage life, and when he was 18, his father passed away, leaving him on his own and with soccer as his best outlet to cope with the loss. Playing for the professional football club Vitória de Guimarães, Pimentel’s career lasted until when he was 26.

Despite his success in the sport, the intense environment and pressure from those around him pushed Pimentel further away from putting his talents to use.

Frustrated with the business aspects of the sport, it was at this time when Pimentel felt he had to seek out another way of life. “I was alone in the north of Portugal playing football, and I don’t know if I [made] the right choice in the time, but I got tired of football, I got tired of the people, the pressure, and the whole… thing,” he said.

Putting soccer behind him, Pimentel took to running the business his dad left behind: a library. Eventually he worked his way up to becoming an owner of a local restaurant that was affiliated with his family.

Experiencing a period of calm after what was a hectic upbringing, Pimentel lived for a while in Portugal, enjoying everything the country had to offer him. “Maybe because it’s sunny, it’s an easy life. People are more happy, the beach is around…it helps you to put your problems far away,” Pimentel said.

However, he faced another unseen dilemma in 2007, as the global financial crisis had a direct effect on the success of his restaurant. Once again not pleased with the greed surrounding money and the “dirty work” of his co-workers, Pimentel sought to leave the business he referred to as “a big prison.” Around the same time, he and his wife divorced, leaving Pimentel isolated and without a sense of direction. “I really didn’t know what to do with my life,” he said.

Leaving his life behind in Portugal, Pimentel was on the move again. Following a brief stay with friends in the Netherlands, he stumbled upon a potential job that would change his course for the better. “One day I sat down when I was looking for work, and I saw that the Olympics were going to happen in London,” he said. “I just had, like, £400, no more, in my pocket and I said to myself, ‘you know, this is my last shot’.”

Venturing to London, Pimentel was hired in catering for the 2012 Olympics, and then proceeded to live and work in the city. Finding work in places like Hammersmith and Putney, Pimentel had no interest in working in central London until his job-finding agency asked him if he would come to St. John’s Wood to work in the kitchen at ASL – a job that, unbeknownst to him, would set his life back on track. “When I came here, my life changed,” he said.

Not only was Pimentel able to continue working in the catering business as he had done with his restaurant in Portugal, but his admiration for soccer returned as he became the goalkeeper coach for the soccer program.

Spending his time between the kitchen and the pitch, Pimentel settled into a stable life, and discovered a passion unknown to him throughout his entire journey. “Another thing I discovered here, is that what I really like to do in life is work with kids. I always was good with kids, but I never had that idea,” he said.

While his job at ASL was an opportunity to regain direction in his life, Pimentel’s work also served a more practical help to him. Following the decline of his business, Pimentel had filed for bankruptcy in Portugal with a list of people to pay off debt to.

Putting aside portions of his salary over the past few years, over the summer Pimentel paid the last person he owed and, while visiting Portugal, came across something of major surprise: his old friends had been looking for him to reclaim ownership of their restaurant business.

Coming to terms with his turbulent past in Portugal, and having changed as a man from when he left in search of work all those years ago, Pimentel decided to take up the offer and move forward with the next chapter of his life.

Departing the place that helped him make sense of his situation, Pimentel will leave ASL following the end of the soccer season, and return to Portugal. While he will be returning for his business, more importantly he will be coming home to be near his son. “It’s in my village, it’s near the sea and my son [Fabio] is there. He’s now 17, he’s in that stage of his life that he needs me there. Every time I [go] away, I see in his eyes that it’s not fair,” he said. “He’s my only boy, and while I’m here I make the other boys happy, but I make my boy sad. You only live once, you know? So I prefer to go back and be with my people.”