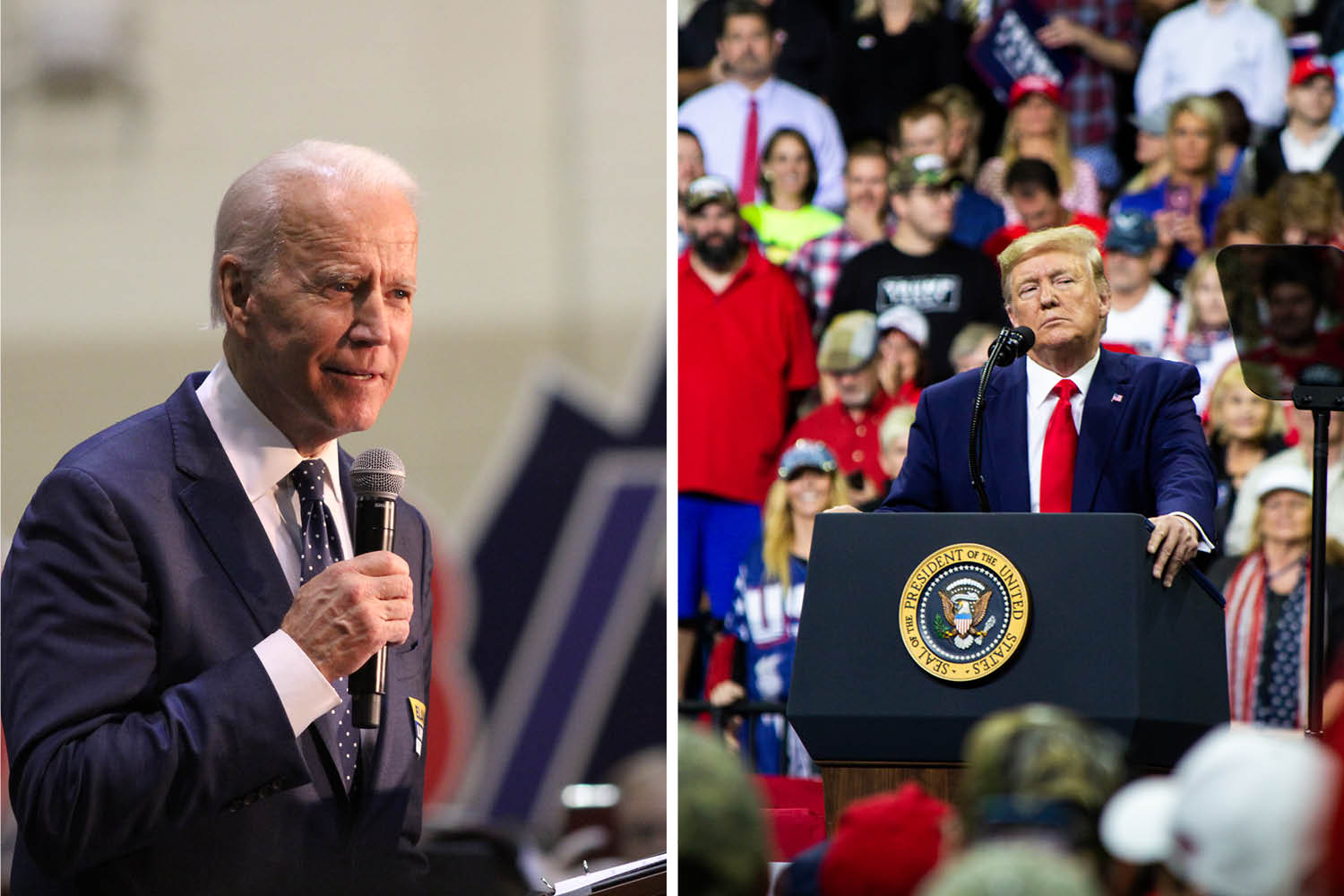 Arguments to vote for both candidates

In a historically diverse field of Democratic presidential candidates, whose ages ranged from 39 to 79 and backgrounds ranging from Black, to Hispanic, to Asian, it was unfitting for many to see Biden as the nominee. Nonetheless, the former vice president is one of the most qualified people to seek the presidency in history.

In politics since age 29, Biden was a senator for 36 years, and served as Former President Barack Obama’s Vice President for two terms.

In this time, he accumulated swaths of experience in both the legislative and executive branches of government. As senator, he chaired both the Foreign Relations and Judiciary Committees, two of the most powerful within the body. Those two posts exposed him to both domestic and international issues, ranging from criminal justice to overseas conflict.

As chairman of Judiciary, he authored the Violence Against Women Act and the Assault Weapons Ban, both of which laid the groundwork for further progress on the two issues.

As vice president, he assumed office amid the worst economic downturn since the Great Depression. Though working under Obama, he was instrumental in rebuilding the U.S.’s then paralyzed economic system.

On healthcare, Biden also played a key role in passing the Affordable Care Act, which insured millions of Americans who lacked coverage.

When the two left office in 2017, unemployment hovered around 5%, nearly half of what it was seven years prior. However, the progress made by the Obama-Biden administration was scuttled by Trump.

In the past four years, America has lost more jobs than it has created. Gross Domestic Product has shrunk by 32%. There are more than half the number of prescriptions for opioids in the U.S. as there are people in the country – killing more Americans than any other drug.

By the end 2020, COVID-19, per a model from the University of Washington, will be the third leading cause of death in the U.S., outnumbered only by cancer and disaster in the U.S. since the Civil War.

The problems these statistics illustrate fail to fully quantify the peril the U.S. finds itself in. Social unrest is rampant, with dozens of American cities engulfed in violence from both left and right wing extremists. Though the pandemic and subsequent economic fallout is not directly Trump’s fault, the American government’s failure to adequately respond to both is. The indebted businessman and reality TV host has been given his chance to “Make America Great Again.” He failed. Biden’s experience is what the U.S. needs to rebuild it’s fractured society. 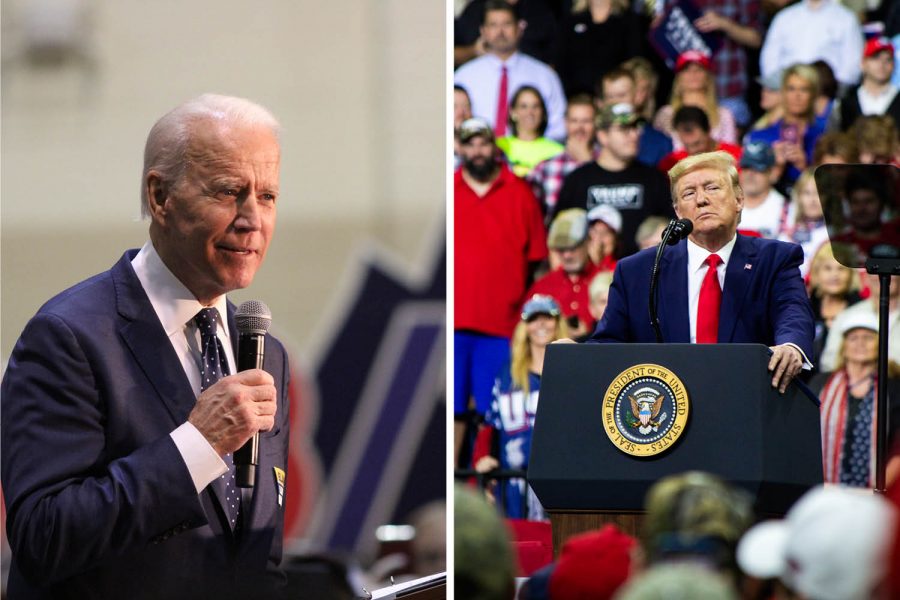 The incumbent candidate has had a complicated first term. He has faced impeachment, seemingly endless scandals and a deadly pandemic. Key legislation has been blocked by polarization in Congress, with the legislative body managing to pass only 70 bills into law, according to Vox. This pales in comparison to the hundreds that Congress usually churns out.

However, one must not lose sight of his various accomplishments.

Before the pandemic, unemployment was at a 50-year low, and the Dow Jones Industrial Average, a key indicator on the stock market, was at an all time high. At one point in June 2018, there were more job openings than people available to fill them, per CNN Business.

This economic prosperity was largely stimulated by President Donald Trump’s 2017 tax cuts, which lowered taxes for both small businesses and large corporations. This tax cut prompted an increase hiring for the former, and sizable bonuses for the employees of the latter.

Trump has also limit Chinese influence, both in the U.S. and globally. Businesses with ties to Chinese intelligence agencies spying on Americans have been met with expulsion and fines.

Trump also successfully nullified the North Korean nuclear threat, holding summits with the country’s leader Kim Jong Un. Though he was unsuccessful in denuclearizing the North, the U.S’s long term goal in the region, the barrage of test missiles fired by North Korea into the Sea of Japan have quelled. So too has the dangerous rhetoric and threats of “fire and fury” from Trump.

While talks between diplomats on both sides has stalled, the very fact the two nations are engaging in dialogue shows potential for an agreement to be reached. Meanwhile, Democratic nominee Joe Biden, while experienced, will not offer the U.S. inspiration. Biden has failed to outline key policy proposals particularly whether he would increase the number of justices on the Supreme Court, and details of his healthcare plan.

Biden also has a history of taking money from corporations, in lucrative speaking engagements. His campaign received money from over 130 billionaires per a Forbes report, second only in the Democratic Party to former presidential hopeful Pete Buttigieg.

He also reportedly made over $15 million from giving speeches to bankers, according to the New York Times.

The pandemic has indeed stifled progress for Trump. However, due to his proven ability to create the largest economy in American history, and his opponents inability to offer a clear alternative, Americans are better off voting for President Trump this November.