Naomi Hart (’25) said she turns to artists such as Jean-Michel Basquiat and Francis Bacon for inspiration, who create neo-expressionism and contemporary art, and surrealism and expressionism, respectively. Furthermore, Hart said she also finds inspiration on a more personal level, which initially spurred her interest in art.

“[My mom] is really into art, or she was at least, and I’ve seen a few of her paintings that she’s done,” Hart said. “Because of that, we had a lot of art supplies like watercolor and paints in my house, so I guess one day I just painted a watercolor face…it sort of became an outlet for me.” 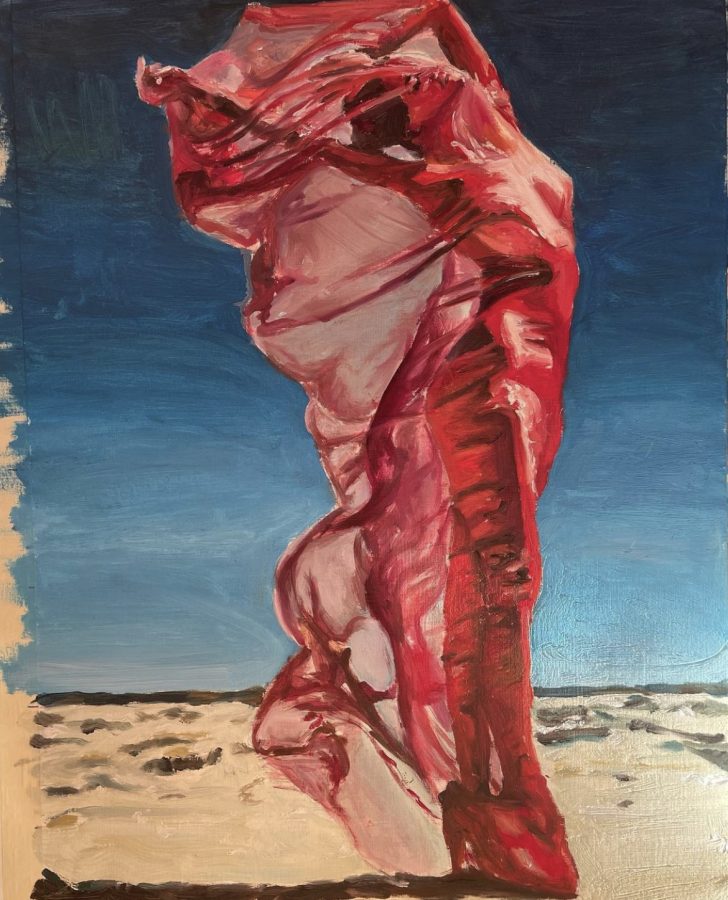