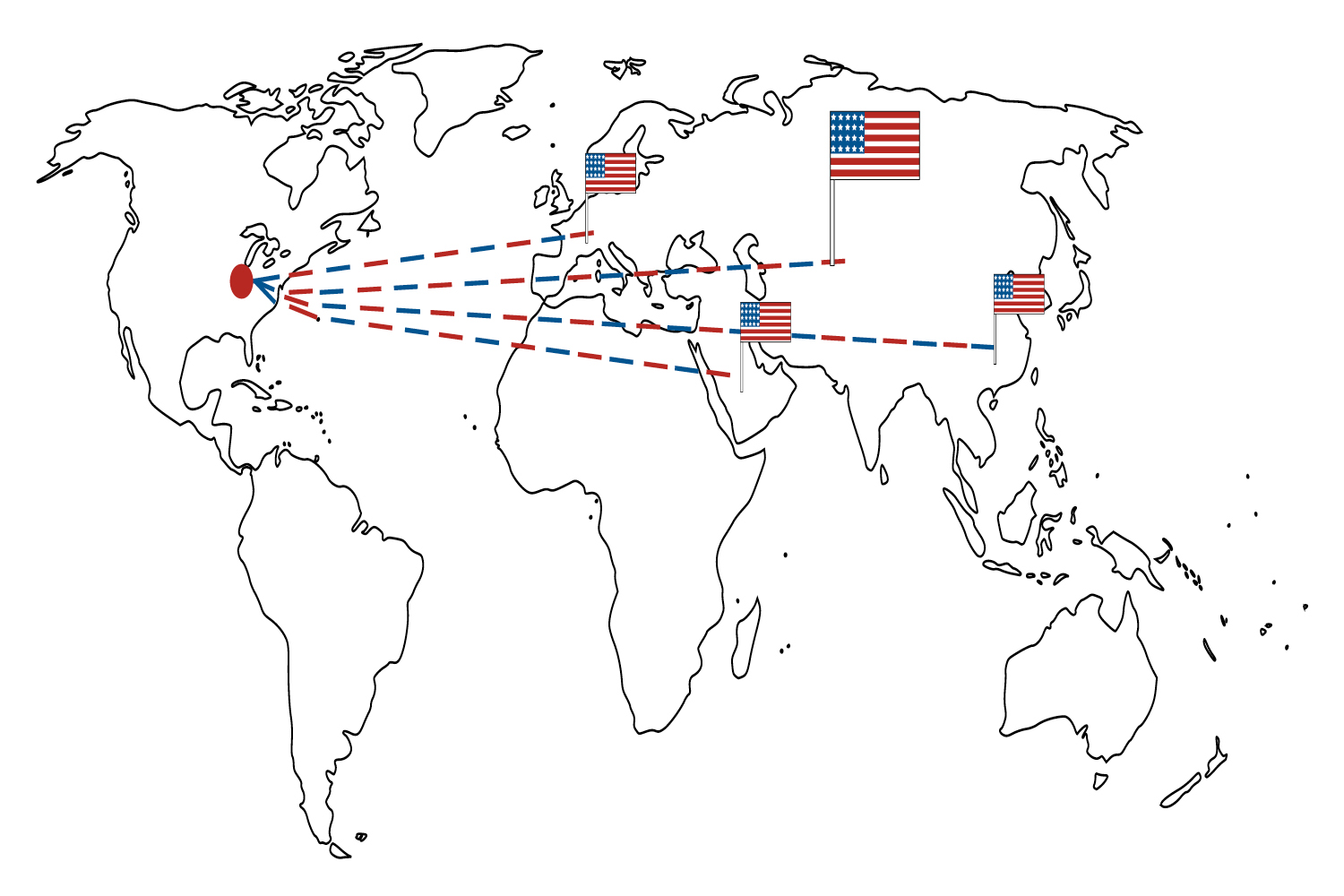 Key U.S. relationships are at stake in the 2020 election. (Lea George)

Key U.S. relationships are at stake in the 2020 election.

Foreign policy and international relations have been important parts of the campaigns of both President Donald Trump and Democratic nominee Joe Biden.

Trump and Biden have expressed and demonstrated significantly different approaches to how their administration will tackle foreign policy for the next four years.

Jessica Swanson (’21) said that Trump’s take on foreign policy over the past four years has strayed from “the interest of the American people.”

Swanson said rather than dealing with controversial foreign policy matters such as China in a constructive manner, Trump has been “provocative” and uncooperative. Moreover, Swanson said Trump has dealt with Russia and China in an unbalanced manner.

“Trump is too aggressive with China and he’s not aggressive enough with Russia,” she said.

However, Owen Humphries (’22) characterized the growing global influence of China as a “concern” owing to increased geopolitical tensions between the two countries around the issues of trade and military power.

Humphries said neither Trump nor Biden offered convincing solutions to the China problem.

“I don’t think that either candidate has particularly described a plan of dealing with China that I have a lot of faith in, because it relies a lot on [limiting Chinese influence], which I don’t see as being realistic, or pragmatic.”

However, Swanson said, if elected, Biden will deal with China in a significantly more moderate way than Trump has.

“There are still going to be tariffs, sanctions and pressures on Beijing, but I think it’s going to be to a far less extent than what Trump’s been doing,” she said.

“I definitely believe that Biden will try to leverage multiple multi-polar institutions,” he said.

Swanson agrees Biden will look to rejoin many of the multinational institutions Trump has pulled the U.S. out of. Swanson further said treaties regarding climate change will be a priority for Biden, should he get elected.

“His voter base is so heavily young people and it is one of the most important issues to young people,” she said. “But I think generally, from what he’s said I would assume he is going to try and backtrack a lot of what Trump has done.”

Over the past four years, Trump has severed alliances with NATO. However, Swanson does not think its influence will decrease.

“I’m not too worried about the future of NATO since it has such powerful members and it’s more of a symbolic thing,” she said. “But at the same time, the loss of the American support, even if it’s just financial, it’s absolutely the wrong approach.”

Wolf agrees with Swanson that NATO will be able to stand without Trump’s support.

“I think NATO is a strong enough institution with strong enough leadership and strong enough backing by Europe that, essentially, it’s been able to kind of ignore what’s going on in the criticism that’s coming from the Trump administration,” he said.

In regards to America’s presence in the Middle East, Swanson said that neither candidate “has the best interest of the Middle East at heart.” She said that beyond trade for oil, there is little the candidates will do to better the situation there.

Wolf said if elected, Biden, however, will attempt to reimplement an Iran deal alongside European help, which Trump pulled out of at the start of his presidency.

“I certainly think Biden would kind of return to a check against Iran and shore up relationships with Europe,” he said.

Despite the vast number of foreign policy issues the U.S. faces, Humphries said that the dual economic and health crises will require the next President to shun overseas matters.

“Regardless of who gets elected, both candidates will likely be taking a somewhat isolationist view,” he said. “We saw the same thing with President Franklin Roosevelt after the Great Depression. I think that both presidents are going to be keen to establish that to the American people and America as their first priority.”