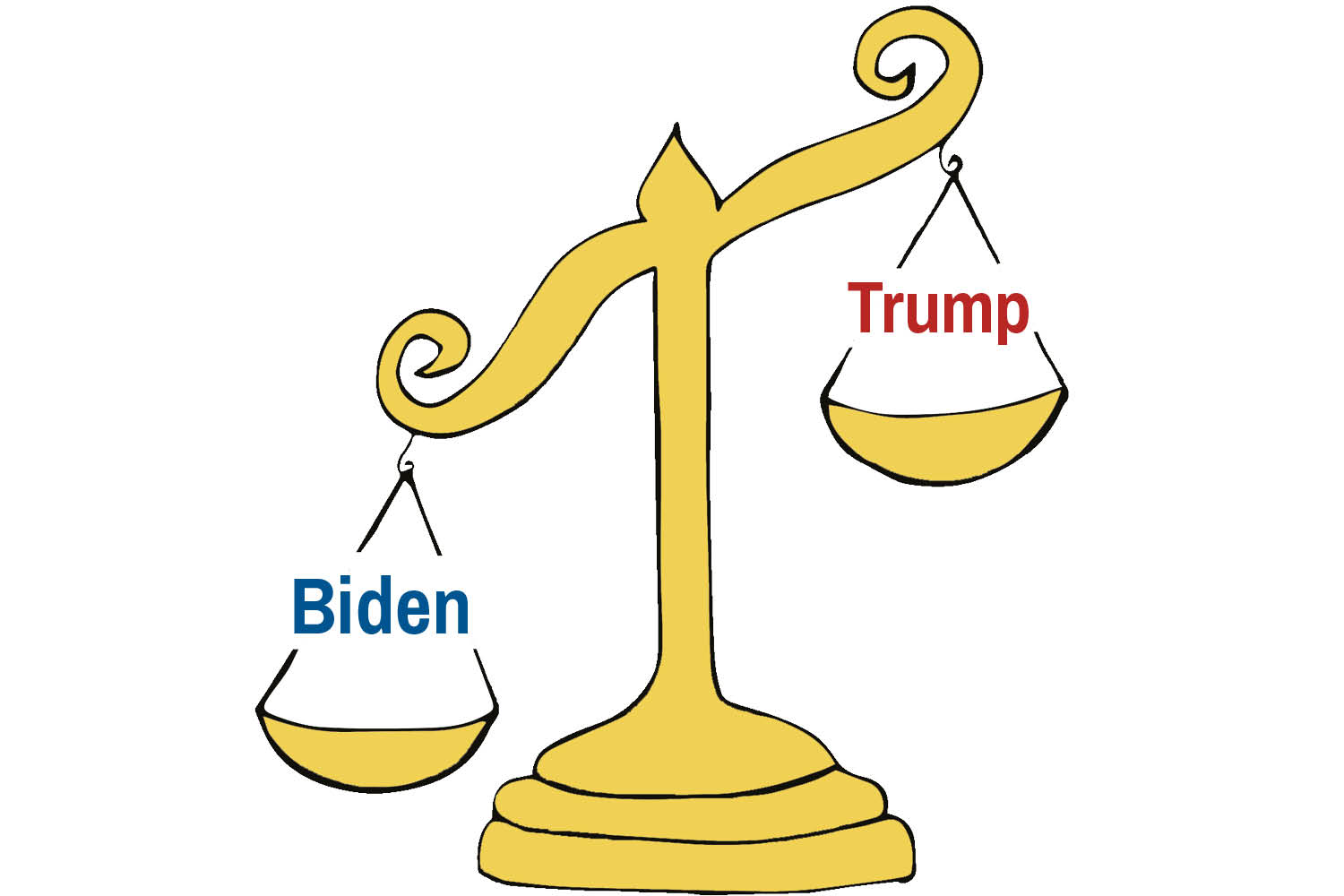 Republican and democratic students discuss voting for Biden because he is the lesser of two evils, rather than as their preferred candidate. (Isabel Link)

Republican and democratic students discuss voting for Biden because he is the lesser of two evils, rather than as their preferred candidate.

After Senator Bernie Sanders and Senator Elizabeth Warren dropped out of the Democratic primary, many of their supporters, who do not support President Donald Trump, created the ‘Settle for Biden’ campaign.

The main premise of the campaign is to nominate and elect Democratic Candidate Joe Biden’s, while recognizing his faults. The campaign aims to earn votes for the candidate by explaining why anyone, even Biden, would be better than Trump.

“Trump already had time to lead America and nothing got better,” he said. “Now [people] need someone with different ideals.””

The campaign grew on social media, where a youth-led group began an Instagram account called @settleforbiden, which has 262,000 followers.

For Andrea Stephen (’21), who follows this account, the main downside of the campaign is that, with a lack of evidence for the negative aspects of both parties, voters could equate the personalities of each candidate and decide that neither are good, resulting in not voting at all or choosing to vote third-party.

“The drawback to this really is that voters will be like, ‘Trump’s bad, Biden’s bad, why would I vote for either?’” she said.

ElSaddic Abd Saddic (’23) said that, while the character of each candidate is a crucial factor, this focus overshadows what each candidate politically stand for. Instead of focusing on Biden’s proposed healthcare plan for American citizens, parts of the campaign’s advertising is targeting Trump being immoral, thus detracting from the overall election process.

“On one hand, it could be seen as a smart strategy, but it really does turn the election into almost a joke,” he said. “Like we saw in the debate, it’s really lost so much meaning if it all comes down to who is most likely to not ruin America.”

Stephen said that, while both of the candidates have issues, her vote is based on Biden being better for the future.

“[Senator] Kamala Harris and Joe Biden have a bad track record for mass incarceration, while Trump has not handled climate change nor the COVID-19 outbreaks well,” she said. “It comes down to who implements policies the best. In terms of that, Biden is the better candidate.”

Similarly, while Abd Saddic would normally consider himself a third-party voter, in he said he would also settle for Biden.

“Trump already had time to lead America and nothing got better,” he said. “Now [people] need someone with different ideals.” Abd Saddic said.

Similarly, Social Studies Teacher and Grade 10 Level Dean Duncan Pringle said that the campaign might aid Biden. He said any information that convinces citizens that one candidate is a better person to vote for on the basis of virtue and character is beneficial.

“Anything that can help him in regard to just being a good human being is going to help,” he said.

Abd Saddic said that the ‘Settle for Biden’ campaign might ultimately help Biden, but also will undo progress in the U.S.

“It really is two steps forward but one step backward if this campaign works,” he said. “That’s not really what this government is supposed to be about.”

Pringle also said that the campaign has the potential to make a difference in the election results given that the two presidential candidates are currently “fighting over a few tens of thousands of votes in Florida and Ohio.”

It really does unite the Democratic party as well as appeal to Republicans who are anti-Trump,”

Stephen said she believes that the campaign undoubtedly achieves its goal, as she said that it not only inspires Democratic voters to come together, but also draws over Republicans that are unsure about voting for  Trump.

“It really does unite the Democratic party as well as appeal to Republicans who are anti-Trump,” she said.

This strategy can also be seen in the “Crooked Hillary” campaign, which according to The Guardian, was a factor in winning Donald Trump the 2016 election.

With the rumors spread about her during the voting period, many battleground states swung to the Republican side.

With the upcoming election, Abd Saddic said that the ‘Settle for Biden’ campaign can also be seen as having a prominent space in daily life at school.

“I see a lot of my friends talking about the election,” he said. “A lot of people are worried or hopeful. Even if people in my grade can’t actually vote, it’s definitely having an impact on the conversations being held.”