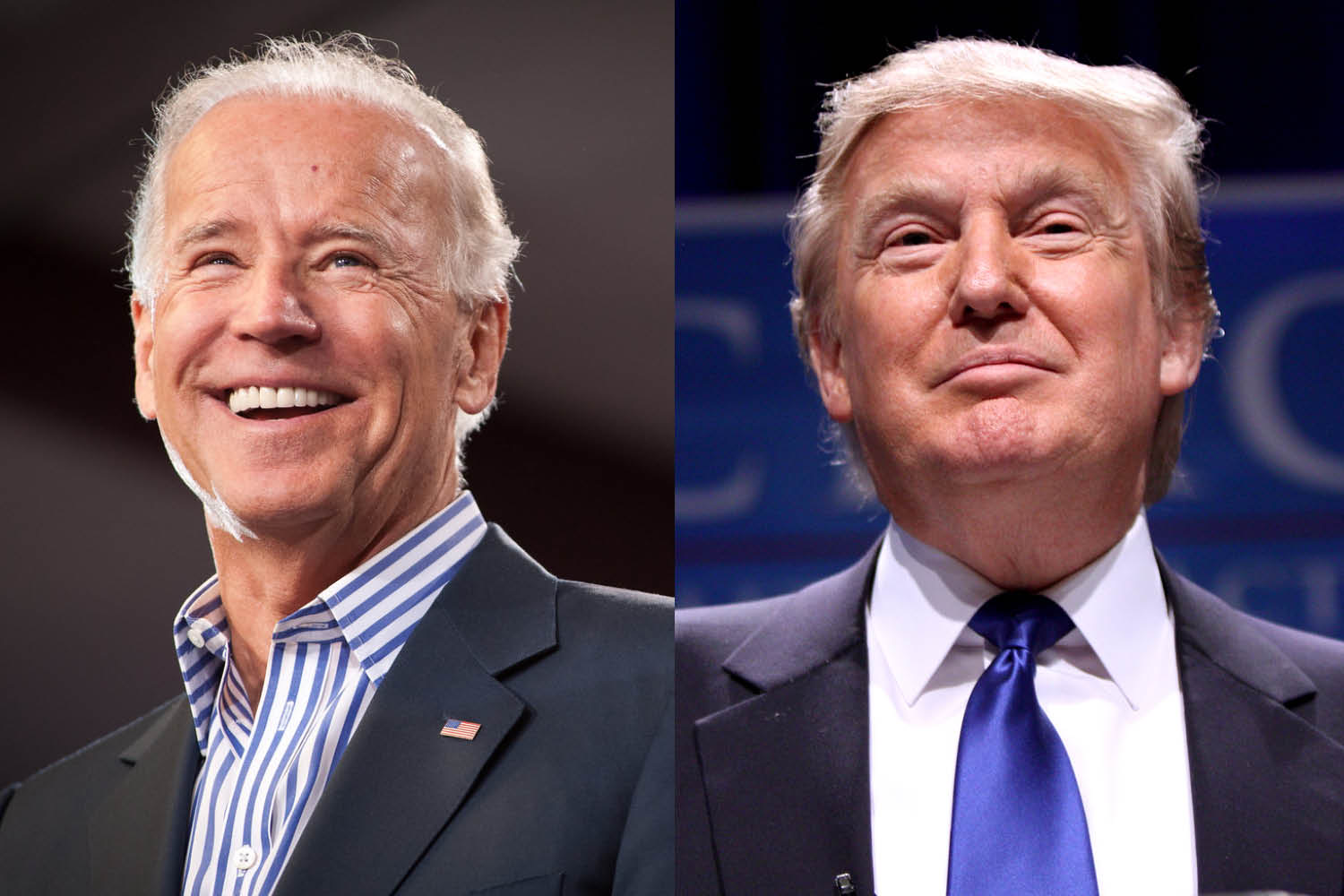 President Trump and Former Vice President Biden challenge one another in this year’s first presidential debate of the 2020 elections. They addressed issues surrounding healthcare, climate change and taxes. (Photos used with permission from Christopher Dilts/Flickr and Gage Skidmore/Wikimedia Commons)

President Trump and Former Vice President Biden challenge one another in this year’s first presidential debate of the 2020 elections. They addressed issues surrounding healthcare, climate change and taxes.

U.S. President Donald Trump and Former Vice President Joe Biden went head to head in this year’s first, and possibly only, presidential debate of the 2020 election Sept 29. The event was moderated by Chris Wallace, the anchor of “Fox News Sunday.” According to CNN, it was broadcasted worldwide and drew the attention of more than 73 million people.

Jessica Swanson (’21), who watched the whole debate, said that, due to the minimal policy included in the candidates statements, watching the whole debate was unnecessary.

“If anything, watching it will discourage people from voting,” she said. “It will not be beneficial to the middle voters deciding on who to support.”

Contrary to Swanson, Vika Pertsovsky (’22), said that, although the debate was highly unprofessional, it is still crucial that everyone watched it.

“It is important to watch because it gives you insight into what is going on and provides more information on what the candidates are standing for,” she said.

Similarly, Ludo De Giorgi (’21), said that students should take the time to watch the whole debate.

“It is probably the most important and controversial presidential election America has had so far,” he said.

Throughout the debate, Swanson said she was surprised about the belligerent tone used by both candidates, particularly Biden’s combative responses.

“While we expected Trump’s behavior, I found it surprising how Biden acted,” she said. “He took the bait and sunk to Trump’s level. This was very embarrassing on his part.”

While we expected Trump’s behavior, I found it surprising how Biden acted. He took the bait and sunk to Trump’s level.”

“I was surprised that the debate didn’t shift decisively in Biden’s favor,” he said. “He completely failed to capitalize on opportunities of his own.”

In addition, De Giorgi said he was put off by Biden’s comments, as he called Trump a “clown” and “the worst president America has ever had.”

“I was thinking, ‘how can you say that?’” he said. “It is not playtime, you aren’t arguing with your friend over a sandwich.”

Both candidates have been criticized for their constant interruptions and chaotic exchanges, making it difficult for Wallace to control them.

Swanson found the way in which both candidates addressed each other frustrating, saying it was “childish, embarrassing and polarizing.”

“On both sides, the decorum was absolutely horrendous,” she said. “It is what I would expect from the children I babysit, not from presidential candidates. This is very worrying in terms of the future of this country.”

Similarly, Pertsovsky said that she was surprised at the extent of immaturity both candidates showed.

“It was really embarrassing to watch,” she said. “It was like watching middle school girls bicker in the bathrooms.”

It was like watching middle school girls bicker in the bathrooms.”

“Trump interrupted both Biden and Wallace a total of 120 times,” he said. “It was like a three ringed circus.”

Pertsovsky was specifically resentful when Trump had dismissed Biden’s deceased son Beau and also interjected to dishonor his son Hunter.

“I was surprised by the lack of respect that Trump had towards Biden’s family,” she said. “The fact that he brought up his sons was irrelevant to the debate and very inappropriate.”

After every presidential debate, many diverge on the inevitable question that comes up: who was the “winner?” De Giorgi said that it was a loss on both sides and looks forward to seeing if his views change after watching the second debate.

“Neither won,” he said. “When I first started watching I really hoped that Biden would prove himself as a civil person. I am really looking forward to the second debate because maybe things will change. Maybe Trump will stop interrupting or being as aggressive.”

Likewise, while many are conflicted, it is clear to Gladis that neither candidate pulled through.

“There were two losers,” he said, “democracy and the American people.”