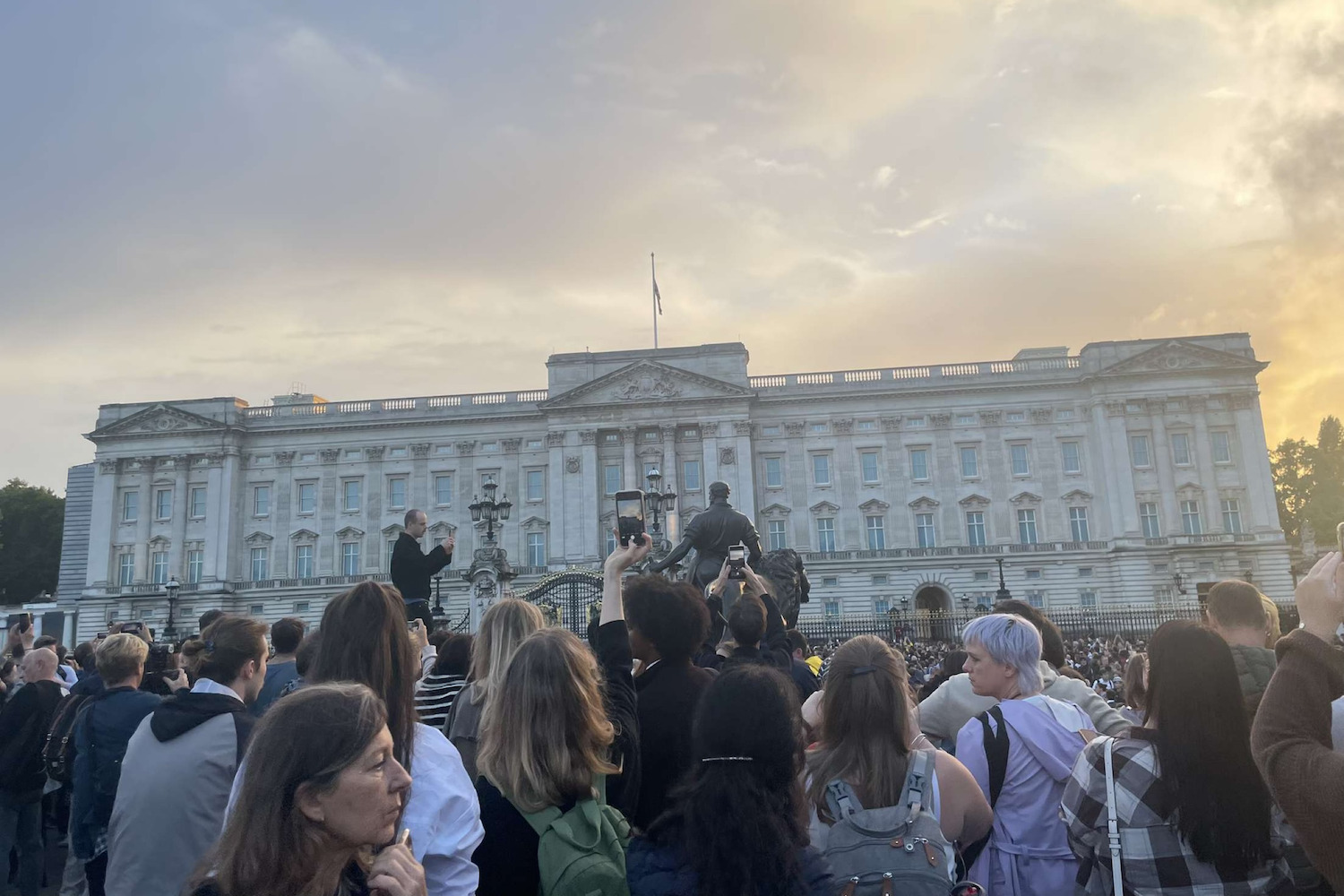 Crowds gather outside of Buckingham Palace Sept. 8. Following the death of Queen Elizabeth II, London residents flocked to the Palace to mourn and honor her 70-year reign. (Photo courtesy of Ishaan Sareen ('24))

Crowds gather outside of Buckingham Palace Sept. 8. Following the death of Queen Elizabeth II, London residents flocked to the Palace to mourn and honor her 70-year reign.

Crowds gather outside Buckingham Palace as the Union Jack flies at half-mast Sept. 8 in mourning of the U.K.’s longest-reigning monarch, Queen Elizabeth II.

“She was definitely a figurehead for the U.K.,” she said. “Since she’s passed, there will definitely be like a moment of mourning where people are taking a second to really think about it.”

Onlookers amass outside Buckingham Palace as news of the Queen’s death spreads Sept. 8.

Hudson Hill (’24) said he was stunned by the news, which was quickly followed by a wave of grief.

“My mom came into my room crying, saying, like, the Queen’s dead,” he said. “I was very shocked because she’s been reigning for 70 years, and there’s never been another leader in my lifetime.”

Londoners gather by The Victoria Memorial Sept. 8 after Queen Elizabeth II passed away at Balmoral Castle in Aberdeenshire, Scotland.

Holmberg said the Queen’s death could change perspectives on the monarchy’s importance.

“When the shift happens, and people start to feel the effects of that, I think the monarchy will lose a lot of its power because people are less interested in upholding it,” she said.